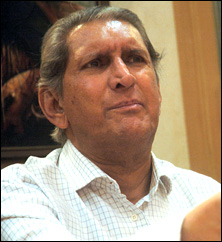 Quality is the key

The national solar mission gets Deepak Puri excited. It widens avenues for his multi-technology company Moser Baer. But he has a word of caution. The government should verify the antecedents of the companies it selects. Else it could become a tax-break haven like the wind energy industry that attracted high net-worth individuals like Bollywood personalities. “They were not interested in wind energy but the 80 per cent tax break the new technology promised,” said Puri sitting at Moser Baer’s plush headquarters in Delhi’s Okhla Industrial Estate. “We know today that many of the contractors, who took on the assignment to build and operate the plants, used poor quality equipment and disappeared. Solar must not fall into this trap.”

Puri cites the example of Europe, where he does more than half his business—Moser Baer sells 40 per cent of the solar panels it makes domestically and the rest is exported. In Europe insurance companies become liable if solar farms do not meet performance parameters. Without quality controls, India could become a dump for rejected solar technology, he warned. Puri recalled a meeting with a senior official of a computer chip making company 15 years ago. “We got talking and I asked him, ‘What happens to the rejected chips?’ He calmly replied, ‘You Indians are the biggest buyers of the rejected chips’,” he said. That’s why he wants India to build and buy Indian.

He is optimistic about the solar business. “We have set up a 1-MW plant for Mahagenco in Chandrapur in Maharashtra in record six months, and we are looking to set up another 5-MW plant in home minister P Chidambaram’s constituency in Shivaganga in Tamil Nadu,” he said. Puri said Moser Baer’s solar cell and module (an array of cells) making business is distinct from the arm that builds solar farms. 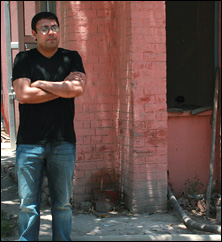 From sun to the grid

A few clouds on a hot sunny day can bring a great deal of relief. But for Inderpreet Wadhwa it means a loss of business. “A hot and sunny day is perfect for my business,” he said, standing beside his black Mercedes, staring at solar panels spread like a carpet a few feet above. In December 2009, Wadhwa became the first private solar electricity producer to feed the grid.

The power plant is at a village called Awan, about 40 km from Amritsar. It is a spartan unit comprising a solar field and a power block connected to the Ramdas electricity substation a few kilometres away. The solar field has about 3,500 photovoltaic panels that can generate 280 Watt under ideal conditions. These were bought from a Chinese vendor, Q-tec, and feed into the power block. The block is a single-room unit that has two inverters made by a German company called sma. No fancy computers monitor the work. He does it using an I-Phone. A small gadget called the Sunny Box and a mobile sim card relay generation figures to any computer or smart phone anywhere on the planet every five minutes.

When Wadhwa returned from the US in 2007, after delving into software consultancy, solar was just beginning to emerge as a potential source of energy for India, he said. Azure Power has already produced about 750,000 units of power; enough to light 2,000 rural homes for six months. It has a rated capacity of producing 1 MW. The future, he said, is all about maximizing the efficiency of the solar plants. Wadhwa wants to add another one-MW solar field. His company has big plans: expansion of the Amritsar plant to 2 MW, a joint venture with SunEdison for a 15-MW plant in Gujarat.

Head of the newly set up Solar Independent Power Producers Association, Wadhwa believes big change will come when the government allows private power companies to supply directly to rural consumers. This mini-grid with pre-paid cards for power purchase will change the energy futures. 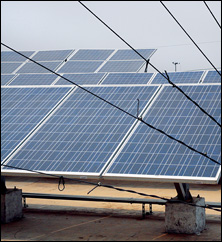 Omax, an automobile parts making company in Delhi’s satellite city Gurgaon, has built a small solar power plant. It took just three months. The roof of the plant at Manesar near Gurgaon is chock-a-block with 476 solar panels, which can generate up to 100 kW. Power failures are chronic in Manesar and the new system will save about 20,000 litres of diesel spent every year on running a generator. “The roof-top system will contribute 7-8 per cent of the electricity we require,” said K K Sharma, vice-president, Omax.

The company spent about Rs 2 crore on the plant. It hopes to get Rs 75 lakh reimbursed once a new scheme of the Ministry of New and Renewable Energy to subsidize solar-power generation from roof-tops is in place. The company has also set up a twin system at its Dharuhera facility about 50 km from Manesar. The plant uses thin film solar modules made by Moser Baer. The twin plants are the first roof-top solar power systems in the automobile industry in India.