Still in use Ratna Man Shrestha, who says he is 95 years old, visits the Alok hiti complex for his daily prayers. Although rampant construction interferes with the delicate subterranean flow of water from aquifer to spout, the underground sand filters, supply and drainage lines of many hitis still function, a strong testimony to Nepal’s ancient engineering expertisePhotographs by: ADITYA BATRA 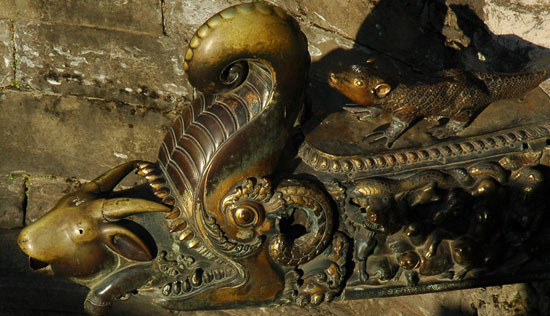 A community schemeIn 2003, the Alok Hiti Conservation and Drinking Water Supply Users' Committee, collected Nepali Rs. 6000 from each household to refurbish the hiti (then a dumping ground), and to purchase the hardware to set up a community-run water supply scheme.Water is tapped from the three stone spouts from 6 to 11 pm and pumped to a 10,000-litre overhead tank, from where it is supplied to about 200 area households.Photographs by: ADITYA BATRA 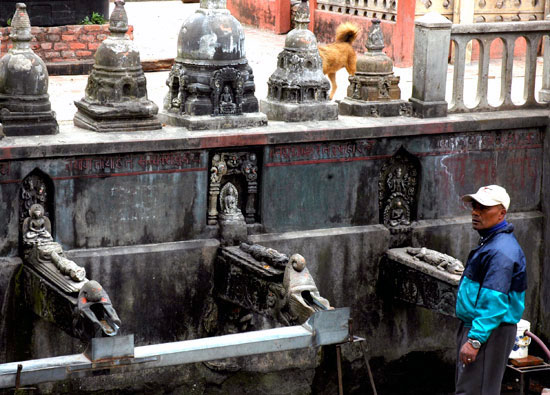 Social rules Strict community-enforced rules govern the scheme in Alok hiti. The hiti is open to all in the mornings only, while water collected in the evenings is pumped to a 10,000 litre overhead tank atop an adjoining building. Washing clothes and vegetables is expressly disallowed in hitis with potable water, and is grudgingly allowed in others. Water user associations in each working hiti enforce rules and discipline.Photographs by: ADITYA BATRA 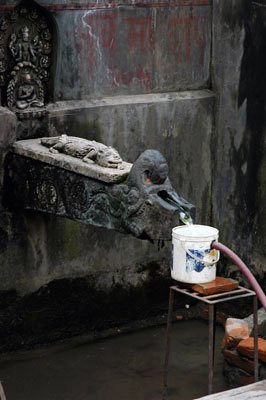 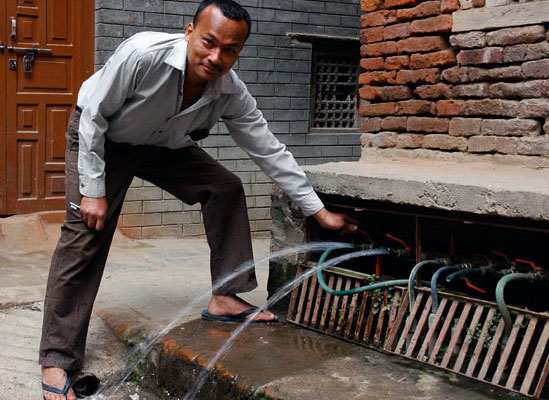 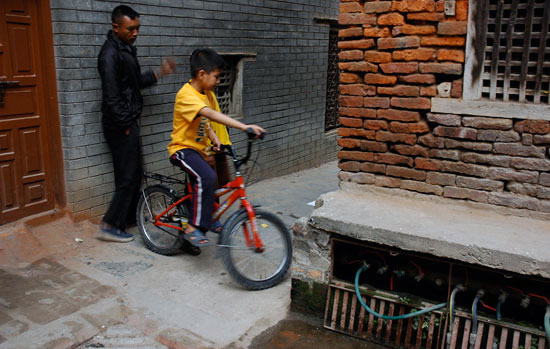 Management by associationGuthis, loosely translated as people-led ‘associations’ thrive in Nepal. Guthis are the pivot of volunteer-led initiatives, such as puja ceremonies, festivals, cremations, and the restoration of historical monuments, among others. The Alok hiti committee warded off encroachments in the guthi common lands to protect the hiti’s shallow aquifer.Here, a guthi band en route to a wedding near Alok hiti.Photographs by: ADITYA BATRA 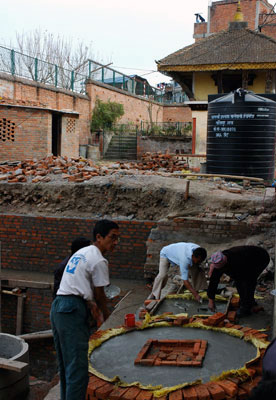 Water distributor A water distributor, the only person on the payroll of the Alok committee, ensures strict compliance with the water distribution rules. Each household is charged a monthly NRs 125 for between 200 (dry season) to 400 litres (wet season) of freshwater supplied each day, roughly equivalent to a ½-hour of piped supply per household per day.Photographs by: ADITYA BATRA 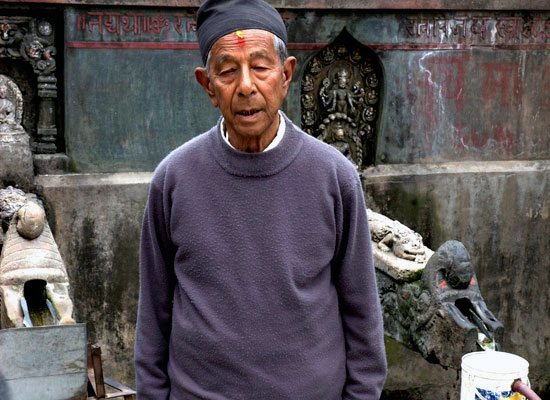 A vital source of water Photographs by: ADITYA BATRAA brass water spout in Bhaktapur, a major tourist destination close to Kathmandu. A census in 2004 by the Kathmandu-based NGO Forum for Water and Sanitation, counted 389 hitis in Kathmandu valley, of which 233 were ‘working naturally’, while the water yield in 43 was bolstered by city water supply. About 114 hitis had completely dried out, or existed only in memory or on old maps. 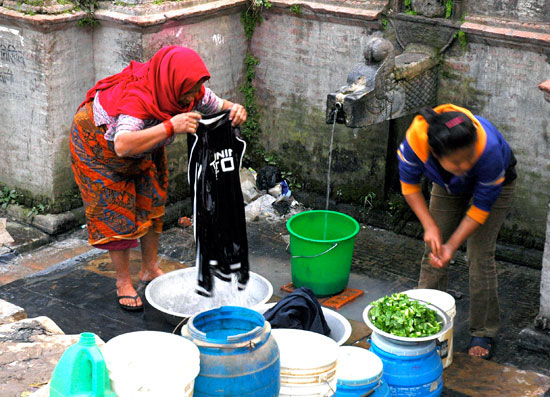 Water lines, PatanLong water lines in the early afternoon are a daily ritual in the centre of the palace complex in Patan, Lalitpur. Water spouts are a natural alternative as water tankers find it difficult to navigate the narrow, crowded streets in Kathmandu’s historic district. If properly rehabilitated, the NGO Forum estimates water spouts could meet 10 per cent of the valley's drinking water needs.Photographs by: ADITYA BATRA 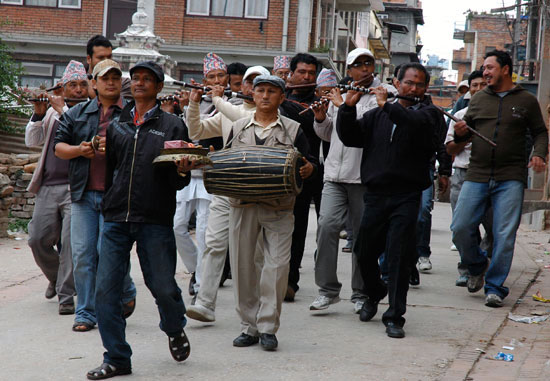 Voluntary labourA volunteer helps construct a water tank in Alok hiti to encourage water recharge in the shallow aquifer. The tank will be used to grow fish to boost the committee's income.Photographs by: ADITYA BATRA 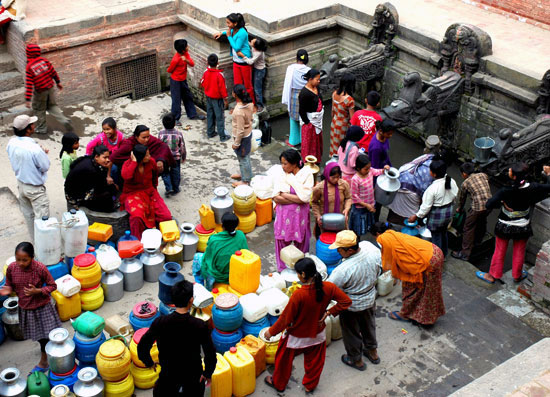 Alok hiti Stone sculptures and idols enclose the compound in Alok hiti. The 15th century stone spouts of Alok hiti, first unearthed in 1952, were renovated in 2003 following a scandalous discovery – locals noticed blood in the water, which they traced to a bone factory in the neighbourhood that was polluting the shallow aquifer.Photographs by: ADITYA BATRA