Petro to Electro: ‘Energy transition is happening, and it is unstoppable’ 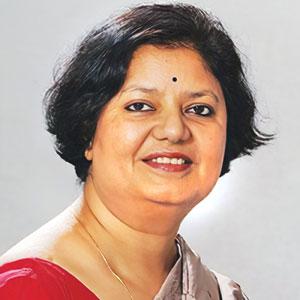 A report by the International Renewable Energy Agency (IRENA) released this March says the world can stay on the 1.5 degrees Celsius pathway by transitioning to clean energy. Snigdha Das talks to Gauri Singh, deputy director-general, IRENA, on the progress so far. Edited excerpts:

Snigdha Das: Has the post-pandemic green recovery agenda accelerated this energy transition or delayed it, as battered economies want to recover quickly?

Gauri Singh: In this challenging year, renewables showed enormous resilience. Early indications point that solar photovoltaic (PV) and wind energy did extremely well, not just in terms of producing energy but also the capacity that has been deployed.

We expect nearly 190 gigawatts to have been installed in 2020, which is a record. Energy transition is happening and it is unstoppable. Renewable energy technologies have shown they are technically feasible and cost-competitive.

SD: What kind of global efforts do you see towards this transition?

GS: Last year, some 30 countries that represent about 70 per cent of the world population committed to a pathway for carbon neutrality. This is not without challenges, the biggest being the really short window of opportunity we have.

It is not about creating long projections; one has to look at 2030 as a major milestone. The other major challenge, where global efforts and cooperation would be required, is the shift away from coal.

SD: Industries and automobiles will need to make a lot of changes in their infrastructure for this transition to happen. How upbeat are they about it?

GS: In 2014, only three mega industries were manufacturing batteries for electric vehicles (EVs). Now there are around 150 manufacturers invested or planning to invest in electric mobility.

The automobile sector is going green because of government policies. I am not saying it is ready right now, but the shift has started to happen. The sale of electric vehicles went up by 43 per cent last year (compared to 2019), but that still is only four per cent of the global new car sales.

SD: Which minerals are crucial for this transition? What is being done to overcome their shortage?

GS: Lithium, cobalt and several rare earth elements are critical for new battery technologies. Countries are aware of their supply constraints. So money is being spent on research to minimise the need for such materials. There are renewable technologies, at the experimental stage, that will not need these elements.

SD: Tell us about the kind of innovations happening across the world to enable this energy transition?

Solar PV and wind energy will play a crucial role. Companies are developing solar panels that can float on water. We are also looking at ocean technologies for wind and green hydrogen in end-use sectors. We have batteries, whether behind the meter or at utility-scale, that will allow more renewable energy into the grid.