Mathematical models can be applied in real life situations in several ways. R Vishnu Vardhan from the department of statistics, Pondicherry University, received Young Scientist award in the Mathematical Sciences category at the 101st Indian Science Congress held in Jammu this year. He talks to Vibha Varshney on how such models are a crucial tool in mapping real life scenarios and how his work can help people. Edited excerpts 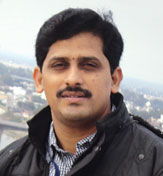 What do you work on?

In practical scenarios, there is often a need to separate objects, or categorise them into groups, based on their characteristics. The characteristics vary from discipline to discipline, and so do the objectives (behind the need to categorise).

However, categorising objects which are random in nature requires a model. A variety of applications of such models can be seen in fields such as experimental psychology, medicine, psychophysics, finance and banking. Models can help a psychologist identify factors that may or may not lead an individual to depression. They can also help a banker identify customers in terms of their loan repayment performance.

The basic question here is, how and on what basis can an individual be classified. These queries can be answered with the support of statistical tools such as Discriminant Analysis and Logistic Regression Analysis. I have also used another tool, the Receiver Operating Characteristic (ROC) curves, for my work. This was developed during World War II and has emerged as a robust statistical tool for classification in the fields of experimental psychology, psychophysics, medicine, banking, finance and many others. It proved its prominence in handling the sociological aspects too. In simple words, ROC curve is a tool used to assess the performance or efficiency of a classification system. The work which I have submitted for award competition is a novel one and a new development in the ROC curve research area. 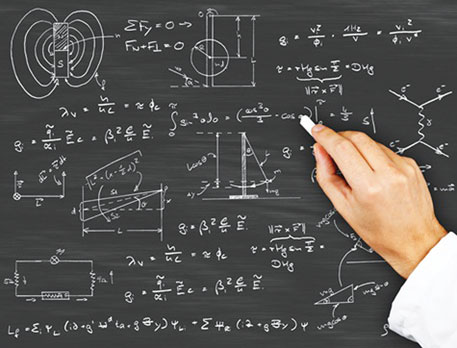 How has your work helped?

So far, the models developed by us have met the requirement of medical practitioners. We have worked with the department of general medicine at Sri Venkateswara Institute of Medical Sciences, Tirupati, where the problem was to identify an optimal dividing point for patients suffering from tuberculosis and to establish a model to minimise the rate of misclassification.

Another study was on generating a model which can be used for monitoring the patients suffering from kidney diseases before they undergo dialysis. The focus was on parameters essential to monitor the patient before dialysis process. Here, we have used both Logistic Regression and ROC curve analysis to identify the important variables which are to be controlled before the dialysis procedure is initiated.

Finally, the most recent application was in forensic dentistry where the requirement was to determine the gender of an individual by studying the characteristics of maxillary arch and mandibular arch such as inter molar distance, inter premolar distance and inter canine distance.