In 2006, Nicholas Stern former chief economist, World Bank and advisor to the UK government, wrote about the economic threat from climate change in the Stern Report. He veers round to an uneasy balance between consumerism and and climate imperatives in a conversation with Pradip Saha and Mario D Souza 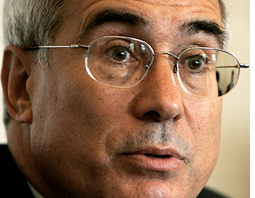 You have talked about the the economics of climate change. What is the politics of climate change?
It is quite evident that people want incomes to grow, they like to consume more and governments will respond to their demand for growth. The political challenge is to combine low carbon activities with growth. The challenge is not about cutting back on growth but finding a way for low carbon growth.

A second aspect of climate change politics is that a lot of people are demanding that governments lead on climate-related matters. So there is a political constituency there. But there are also political difficulties. People might make a noise if governments tax holidays. The challenge is in balancing demands of two constituencies: the one that wants strong action and the one that might be less interested.

A third aspect of climate change politics is dealing with vested interests. Oil companies in the us have have in the past resisted attempts to control hydrocarbons. So have Russia and Saudi Arabia. But oil companies and oil-producing countries are now changing their ways. The automobile industry was quite resistant to standards. But the industry is coming round to the view that it could be an irresistible economic force, without being a bad idea, environmentally. You in Delhi know about the opposition to running public transport on cng. But you got there, through a political process. Now most people are pleased that you did get there .

But benefits of this conversion has been offset by increased number of cars. Similarly benefits of efficiency have been ofset by mounting consumption. Your comments
We have to find answers to such predicaments. We have to make people pay more for petrol, make cars expensive. We also have to make cars more energy efficient. You have to think of about changing the balance from private to public transport.

In the longer term, I think you have to move to different sources of power, much more electric cars, may be some biodiesel, some hydrogen. What matters is from where the electricity comes from. And if it comes from a carbon free source, then that's okay.

There is already some change in car technology. Maybe the problem can be addressed more easily in poorer countries it is easier because you have less cars, less of the problem stock.

The number of cars is increasing alright. But I think stopping people buying cars is not the right way. Helping people to use their cars in a different manner is the way to go.

Carbon Trust reports that luxury consumption has a massive footprint. How do we address social divide?
Make people pay. Let them, for example, pay more for their electricity. It's a while since I looked closely at the electricity pricing structure. As Montek (Singh Ahluwalia) said quite clearly today that you have to get your electricity pricing right. Nitin (Desai) said pretty much the same about water pricing. Montek's comments also hold true for fuel prices.

You have to get the pricing right. You can also regulate. People understand that regulation has its role to play as well. I know that India is not the only country where regulation is not observed, but then still you can change over time.

Then almost 40 per cent Indians don't even have a single electric bulb, we have to provide for them too...
And that means extending electricity. The 11th five plan is very clear on this, and rightly so. So what you want to do is to have electricity supplied as efficiently as possible. That is partly a matter of regulation and partly a pricing issue. And then, try to get as much as possible of that electricity generated in a carbon free way.