Don't assume Pantanal's jaguars are safe. Here is why

Down To Earth speaks with jaguar expert and conservation scientist Fernando Tortato about the road ahead for jaguars in their stronghold of the Pantanal, in the aftermath of two years of devastating fires and drought 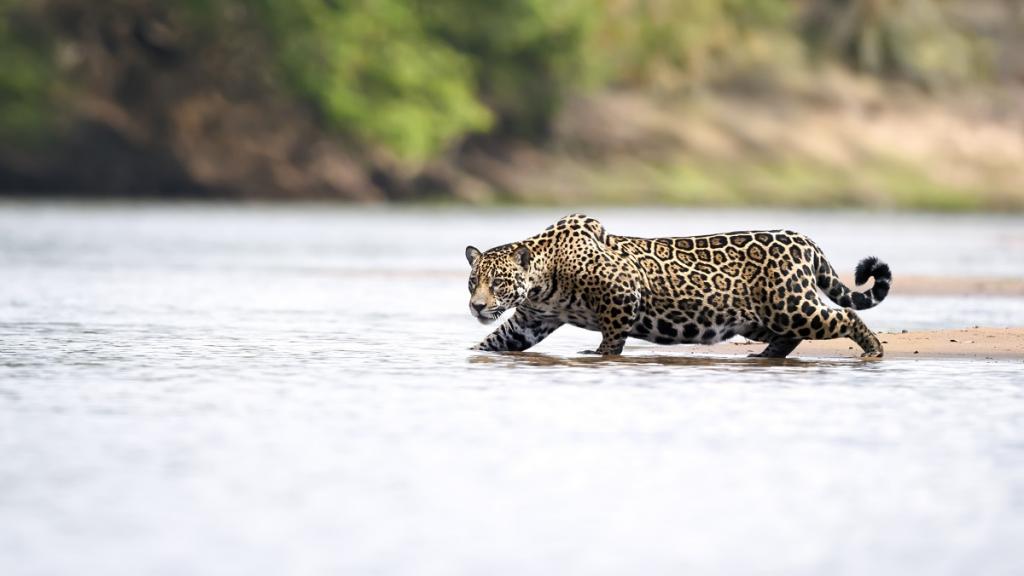 A jaguar stalks its prey in the Brazilian portion of the Pantanal, the world's largest wetland. Photo: istock

The jaguar is the largest cat in the Americas. It is an iconic species that has featured in the indigenous cultures of the region for centuries. It is also an apex predator and a flagship species across its range.

The jaguar’s range once extended from the southwestern United States to Argentina. But today, it is much reduced, especially after European colonisation of the Americas. One of the last remaining strongholds of the jaguar is the Pantanal in South America. It is spread across the countries of Brazil, Bolivia and Paraguay. It is home to an estimated 2,000 jaguars.

However, the last two years have been harsh on the Pantanal. A long-standing drought was followed by devastating wildfires which killed a large number of animals in the area.

How have the drought and fires of 2019 and 2020 impacted jaguar populations in the Pantanal? How many were lost to the fires? What has been the effect on their prey population? What sort of a future does this big cat of the Americas have?

To get answers to these questions, Down To Earth spoke to Fernando Tortato, conservation scientist for Panthera, a global wild cat conservation organisation, who is based in the Pantanal. Edited excerpts: 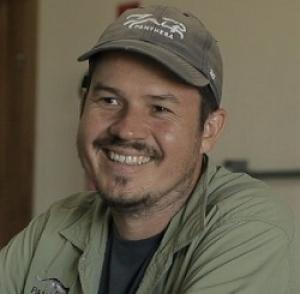 Rajat Ghai: Why is the jaguar important to the Pantanal?

Fernando Tortato: Jaguars in the Pantanal have several roles. It is a top predator much like the tiger in India and the lion in Africa. It keeps prey populations under control.

It has a cultural role. It has been 200 years since the area that is now the Pantanal was opened to cattle ranching. So, the jaguar features in the lives of the inhabitants and is a cultural icon.

In the past two decades, the jaguar has also taken on an economic role. It is today a flagship species of the Pantanal and brings in tourist dollars to the region.

RG: Why is the Pantanal important to the jaguar?

FT: The jaguar has already lost 50 per cent of its original range, mainly outside the Amazon region. The wetlands of the Pantanal support a high density of jaguars. According to some estimates, there are 10 jaguars per 100 square kilometre of the Pantanal.

The Pantanal is also located at the geographical centre of the South American continent. It is like a hub.

The Pantanal jaguars are connected to their counterparts in the Amazon to the north, the Gran Chaco lowlands to the west, the Brazilian Savanna (Cerrado) to the east and the Atlantic forests to the south. This connectivity is important for the flow of genes.

Also, the Pantanal is the most suitable habitat where both humans and jaguars can co-exist. In other words, if jaguar density is more, cattle density is less and vice-versa.

In the Amazon to the north, one will have to destroy jaguar habitat in order to make space for cattle ranching or soybean cultivation. But the Pantanal is varied. It has shrubland, savannahs as well as forest patches. It is possible to have both cattle ranches and wildlife exist together. 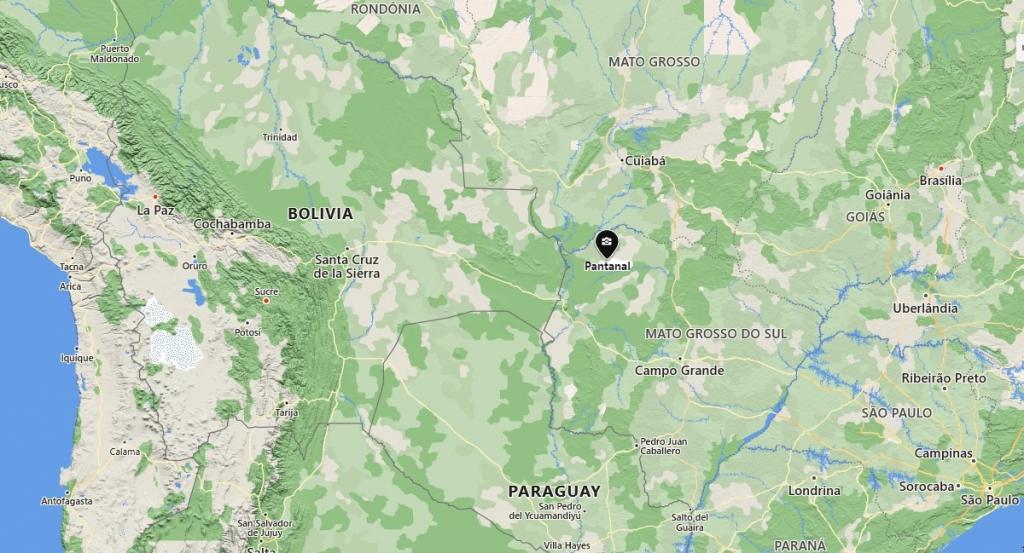 A map of the Pantanal. Photo: Google Earth

RG: How safe are jaguars this year?

FT: It is drier this year. However, there are not as many fires as last year, thankfully. Also, the society is putting in a lot more effort to protect jaguars.

It is difficult to assume that the jaguars are safe. The drought and fires are, after all, an outcome of climate change, which is a global problem and is out of our control.

FT: Sure, there were a number of them that were found with injuries like paws or other body parts burnt. But there are no records as of now on how many jaguars were killed in the fires. The exact number of deaths cannot be pinpointed for now. The fires mostly impacted frogs, rodents and invertebrates.

RG: What about their prey base?

FT: A fifth of the Pantanal was affected by fires in 2020. The habitat quality of jaguars in the area as well as the abundance of prey must have been affected. But we cannot confirm the extent of that as of now.

Jaguars in the Pantanal are in a good place usually because of the numerous rivers and lagoons. These places are home to capybara, the world’s largest rodent and caiman, which are the main prey of the jaguar.

But we must also remember that the last two years were drought years. If there is no rain, prey like capybara and caiman are compromised, since they are aquatic species. We will need long-term research to know about the impact of the fires and drought on the jaguars’ prey base.

RG: How can jaguar populations in the Pantanal be managed and conserved?

FT:  Managing the jaguar population in the Pantanal has to be a joint effort by all stakeholders. That is because 95 per cent of the Pantanal is private land and much of it is in the hands of cattle ranchers.

Non-profits have worked with cattle ranchers to reduce human-jaguar conflict. My organisation, Panthera, also partners with ranchers. In recent years, the phenomenon of  'jaguar tourism' has become prevalent in the Pantanal, much like ‘tiger tourism’ in India.

Tourists come to see the jaguar, which brings income for the local communities. We try to make locals, especially ranchers aware that the jaguar is a solution and not a problem.

RG: What is the jaguar’s future in the Americas?

FT: The jaguar’s range today extends from northern Mexico to northern Argentina. It is extinct in places like El Salvador and Uruguay.

In the northeast of Brazil, where European colonisation first occurred, jaguars exist in fragmented populations like in Caatinga, which is a semi-arid ecosystem that is home to less than 300 animals. There are very few protected areas in this region and anthropogenic pressure is immense.

If we guarantee corridors for jaguars which can enable the flow of populations and genes, then we have a chance to protect at least half of the world’s jaguar population. Their populations have not yet reached the levels that other big cats like lions and tigers have. We still have a chance.