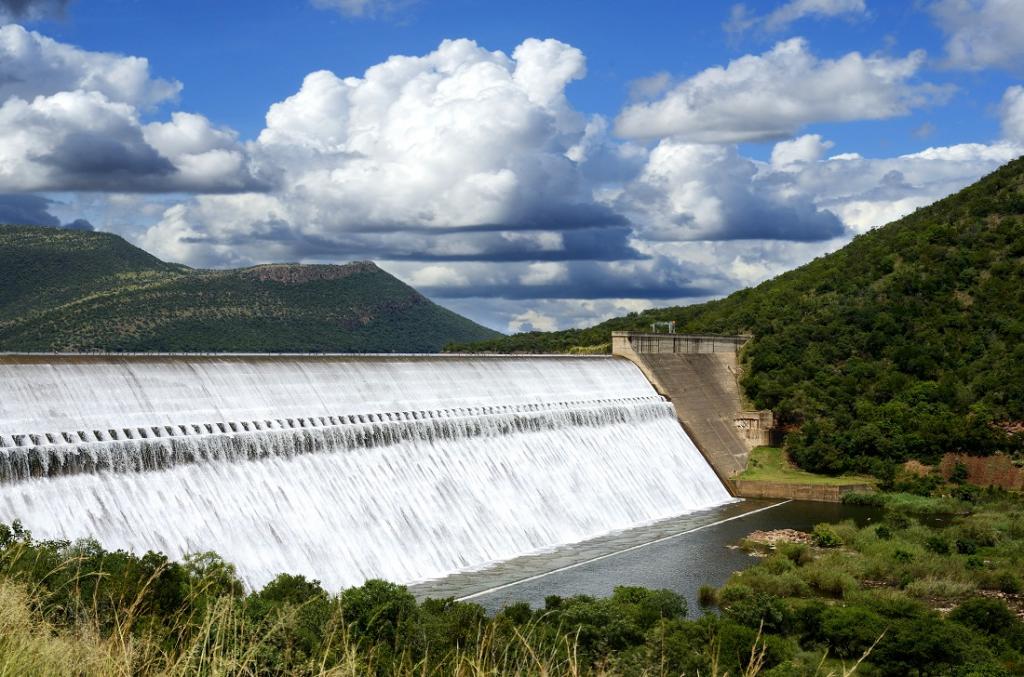 The Loskop Dam on the Olifants river in Mpumalanga, South Africa. Photo: iStock

South Africa, which witnessed a year-long drought in Cape Town, is using new, unique methods to increase its water supply: By recycling and reusing its wastewater. The country is using phycoremediation or the ‘use of algae to treat wastes or wastewaters’ towards this end in a number of its provinces.

One such instance is the Zaalklapspruit wetland system, some 75 kilometres from the Loskop Dam on the Olifants river in Mpumalanga province. Authorities were spurred into action after a large number of crocodiles, terrapins and fish died in the mid-2000s in the dam.

The reason for the die-off was acid mine drainage, untreated sewage and industrial and agricultural pollution, which severely impacted the water quality. Mpumalanga is home to many of South Africa’s coal mines.

Paul Oberholster, formerly of South Africa’s Council for Scientific and Industrial Research (CSIR), and currently director of the Centre for Environmental Management at the University of the Free State, said:

It doesn’t help trying to close down coalmines, because of the jobs they provide and their role in energy generation in South Africa. I therefore rather choose to work with mines and in doing so, try and change their management principles.

Oberholster said the major sources of acid mine drainage spills in the area were not necessarily those mines currently in operation, but rather the abandoned ones that were mined from the 1930s. There are at least 3,000 abandoned mines in Mpumalanga.

Oberholster and his team worked out a solution. They began work in 2012 to ‘rehabilitate’ Zaalklapspruit. They reintroduced water plants including algae. A channel through the middle of the wetland was removed, as were ridges and furrows that impacted water flow.

“We ‘ecologically engineered’ the wetland and by adding concrete structures, increased its 134 hectares with another 9 hectares,” Oberholster said.

More space has meant that the acidic water flows more slowly through the wetland, giving more time to the water plants and algae to filter out as much heavy metals as possible. “Water flowing into the wetland has a pH of 2.7 and that being released is 7.1 pH,” Oberholster said.

Another of Oberholster’s ongoing phycoremedial water treatment projects is at Motetema, a community of 9,000 people some 38 kilometres upstream from the Loskop Dam.

Here in 2015, Oberholster first piloted the addition of a cultured combination of two algae species (Chlorella vulgaris and Chlorella protothecoides) to the domestic wastewater being treated in an existing pond-type water treatment system.

Tests show that the algae filter out around 74 per cent of phosphates, a nutrient that can cause harmful toxic blue-green algae bloom.

The algal species were first isolated at the CSIR, where Oberholster previously worked and has since been cultured in five 5,000 litre translucent water tanks on site.

They are released into the system when ready. They rid domestic wastewater of nutrients such as phosphates and nitrogen and create conditions under which E.coli levels are reduced.

The low-cost passive system does not use chemicals nor electricity — crucial in a country such as South Africa suffering from electricity supply issues.

Oberholster believes one could raise fish in such a system, or produce an alternative biomass source (in the form of dried-out algal-rich sludge) for bio-energy production — an attractive option given the depletion of fossil fuels and the need to manage climate-changing greenhouse gases.

This aspect was piloted in a similar phycoremedial project at Brandwag, a 500-strong farming community in the Southern Cape.

There, algae cultivated in three tanks have been added since 2016 to an existing pond micro-water treatment system that handles the wastewater Brandwag residents produce daily.

According to Thys van Zyl, manager of the water and sewerage division of the Mossel Bay Municipality, which provides services to Brandwag, the system works well.

COVID-19 has however temporarily halted plans to make compost and fertiliser from the dried-up sludge and to safely water the sports fields of a nearby school with water cleaned at the sewerage works.

Oberholster believes such reuse of wastewater “is a viable option to cope with increasing water stress in Africa.”

He sees the algal-based system as an ideal, electricity-free, passive option to reduce eutrophic conditions and clean wastewater, as 65 per cent of wastewater treated on the continent is in any case done in maturation treatment pond facilities similar to that of Motetema and Brandwag.

He noted in a 2021 recent paper in the science journal Processes:

The implementation of phycoremediation in maturation treatment pond systems in African countries could also effectively minimise greenhouse effects, since the algae mass culturing in maturation ponds is a carbon-absorbing process, which can be used by municipalities in the carbon trading market and to provide a subsidy to reward their contributions to environmental protection.

In another of South Africa’s provinces, the Eastern Cape, brewery effluent rather than domestic wastewater is successfully being farmed with at the Ibhayi Brewery of South African Breweries (SAB) in the harbour city of Gqeberha (formerly known as Port Elizabeth).

The 900 bunches of spinach, 70 bunches of kale (leaf cabbage) and 40 kilograms of baby spinach being sold from a 2,000 square metre irrigated mini-farm in the shadows of the brewery is testimony to the success of the first fully-green biological treatment system at a brewery in Africa.

Row upon row of produce grows in plastic-lined raised beds, from which all unused irrigation water is again collected and recycled.

No fertiliser is added, as the crops’ nutrient requirements are fully provided for by the phosphate-rich wastewater generated in the brewing process and cleaned through an activated sludge system.

Just 10 per cent of all water recycled through Ibhayi Brewery’s closed water treatment system are used for farming. The bulk is used to clean the facility and bottles.

The people in the Eastern Cape know this all too well. The province’s agricultural sector has been hit hard by a severe drought stretching back to 2015. Local dams are all but empty.

“Given the subsequent water restrictions, water normally allocated to agro-processing is no longer a given,” Jones said. “In our project one sector — the brewing industry — is now helping another — the agricultural sector.”