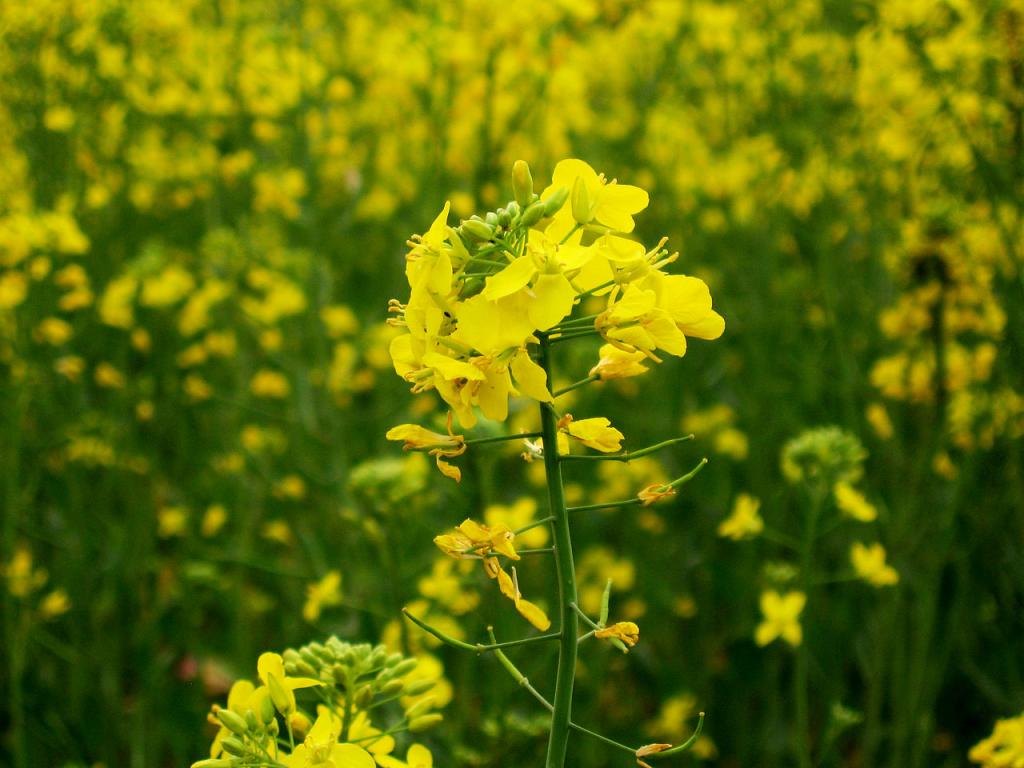 The Indian variety of GM Mustard was conceived in 2022 by Deepak Pental, the then-vice chancellor of Delhi University. Photo: Wikimedia Commons

Genetically modified crops may soon get the central government nod, a move that could pose a threat to crop diversity, food security and increase tolerance for use of pesticides. The move might also severely affect the agrarian sector, as the seed market will be in the hands of private companies instead of farmers, according to experts.

Genetic Engineering Appraisal Committee (GEAC), which functions in the Union Ministry of Environment, Forest and Climate Change, might approve the commercial cultivation of modified mustard. A group of activists have also written to the ministry, objecting to the potential approval of “unsafe, unneeded and unwanted genetically modified organisms.”

Read more: Are GM crops a real solution to pest attacks in Africa?

This would be the first time since 2002 for such approval to grow GM mustard, a genetically modified hybrid variety of the mustard species, for consumption by the masses.

However, experts fear that such a move would have multiple repercussions for crop diversity and threaten food security as a whole.

The decision on allowing GM mustard, also called DMH-11, is expected to be taken by the environment ministry, Kavita Kuruganti told Down To Earth. Kuruganti is the founder of Alliance for Sustainable & Holistic Agriculture and one of the activists of GM Free India who has written to the Centre against the approval.

“However, the entire biosafety assessment of GM mustard has been unscientific and no guidelines have been followed,” she said. There have been irregularities and the need for certain tests has been unreasonably questioned and ignored, she added.

The green signal for GM mustard was given by the central government in May 2017 after trials in Punjab Agricultural University (PAU) and Indian Agricultural Research Institute (IARI), New Delhi.

However, it remained pending for approval from the environment ministry. The decision to approve it took a pause after activists and farmer bodies approached the Supreme Court to oppose the move.

The Indian variety of GM Mustard was conceived in 2022 by Deepak Pental, the then-vice chancellor of Delhi University.

“Dr Pental and team had changed the GMO approved for research and development in between, while regulators were unaware of that development and continued to process the application even as the applicant never informed the regulatory body of this fundamental change,” claimed the letter by GM Free India.

“GM mustard is also a herbicide tolerant crop, which can become hazardous for the environment. The move will also pave the way for pesticide and insecticide tolerant companies,” Kurungati said.

Civil society members will not allow it to be implemented, she added. “A separate petition was also filed regarding the same in 2005 with the Supreme Court,” she said.

Once the GM mustard is approved, other crop varieties such as BT cotton, BT brinjal and HT cotton are in line for the nod for commercial cultivation.

Senior agriculture campaigner for Greenpeace India, Ishteyaque Ahmed, agreed that approval would be a bad decision. “The move will definitely open Pandora’s box for commercial use of GM seeds. Genetic modifications can have irreversible damage to the environment,” he said.

Farmers in many states like Haryana use illegal cultivations of such varieties, claimed Ahmed. “The move is to normalise such illegalities,” he said.

Moreover, the government has been mulling over approval for genetic editing, which would not come under the purview of genetic modification.

“The modification technology is comparatively new and we do not know how it will reflect in the long term. It may open gates for unwanted or unknown diseases and how it will manifest in an open field is not assessed or analysed. Even scientists cannot predict this without its execution,” he said.

In such a situation, agriculture will go beyond the control of farmers and scientists, said Ahmed. “Such a move will also open doors for private companies to gain more control over the agrarian market. They will control the seed market, which should actually be with the farmers, especially the marginal ones who cannot afford expensive seeds,” he added.

Genetically modified seeds will also threaten crop biodiversity, the expert added. “Indigenous crop varieties may get threatened, which are crucial to fight climate change. If these varieties are lost, it would be a huge risk when the effects of climate change are worsening and food security is threatened,” he said.

India is a growing economy and plays a crucial role in terms of food producers in the world. But if the situation worsens, the country may lose out globally and give up the sovereignty of the nation and the farmers, he said.

“We need to strengthen, conserve and preserve traditional seeds that would ensure food security. Bringing in GM seeds seems to be an unthoughtful and haphazard decision,” Ahmed noted.