Arsenic now in wheat, potato — and more than that in drinking water — in rural Bihar 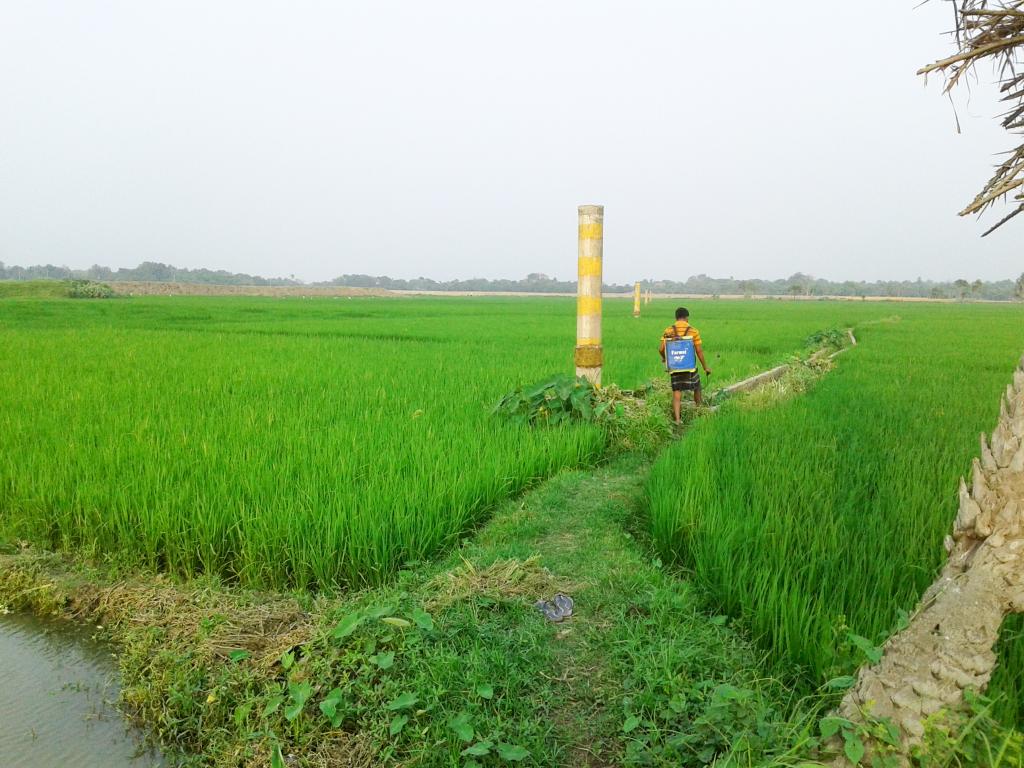 Arsenic contamination in groundwater has been a growing concern in several parts of the country. Now, the chemical has found its way into the food chain — mainly rice, wheat and potato — a recent study has found.

Ashok Kr Ghosh, one of the leading scientists of the team that led the research and chairman of Bihar Pollution Control Board, said:

“Our study has confirmed the presence of arsenic in food chain in Bihar through irrigation water. Three common eatables — rice, wheat and potato — have elevated levels of arsenic that increases the disease burden in exposed persons.”

The research study was a part of the project Nature and nurture in arsenic induced toxicity of Bihar jointly funded by the British Council in the United Kingdom and Department of Science and Technology in India. It was recently published in the journal Science of the Total Environment.

There is an urgent need to monitor irrigation water quality along with drinking water, said Ghosh, who is also the head of the department, research, Mahavir Cancer Institute and Research Centre, Bihar.

“Arsenic is present in the groundwater as it is used on a large scale for irrigation by farmers. That is how it finds its way into the food chain as well,” Ghosh said.

“Median total exposure and contribution of food to overall exposure was almost equal to that from drinking water,” said Debapriay Mondal from University of Salford, the United Kingdom, and co-author of the report.

Mondal added that the food had more arsenic content than drinking water, even when arsenic levels in drinking water was above the World Health Organization (WHO) provisional guide value of 10 micrograms per litre (μg / L).

He said the results emphasise the importance of food-related exposure in arsenic-endemic areas, particularly the areas with high arsenic concentrations in drinking water.

To fully understand arsenic exposure from food in arsenic-exposed populations of Bihar, the team conducted a detailed dietary assessment of adult participants from each household.

“We focused on rice, wheat and potato because cereals, followed by vegetables and milk, constitute a major share in the diet of the rural populations of India. This is the first study where a detailed dietary assessment was conducted on arsenic exposed populations of Bihar to estimate the arsenic exposure from the three major staple foods, cooked rice, wheat flour and potato,” said Mondal.

At least 77 per cent of households had an arsenic concentration in drinking water below the WHO guideline value of 10 μg / L. At least 37 per cent used some form of improved water for drinking, indicating that a significant proportion of drinking water in the studied population may have had arsenic levels lower than 10 μg / L.

The severity of arsenic contamination in Bihar, after West Bengal, is well-acknowledged. Out of its 38 districts, 22 were reported to have arsenic in drinking water above the WHO provisional guide value of 10 μg / L.

These differences likely reflect differences in the sampling frame, successful mitigations and public education / awareness interventions by various agencies, including the Government of Bihar, over the last decade.