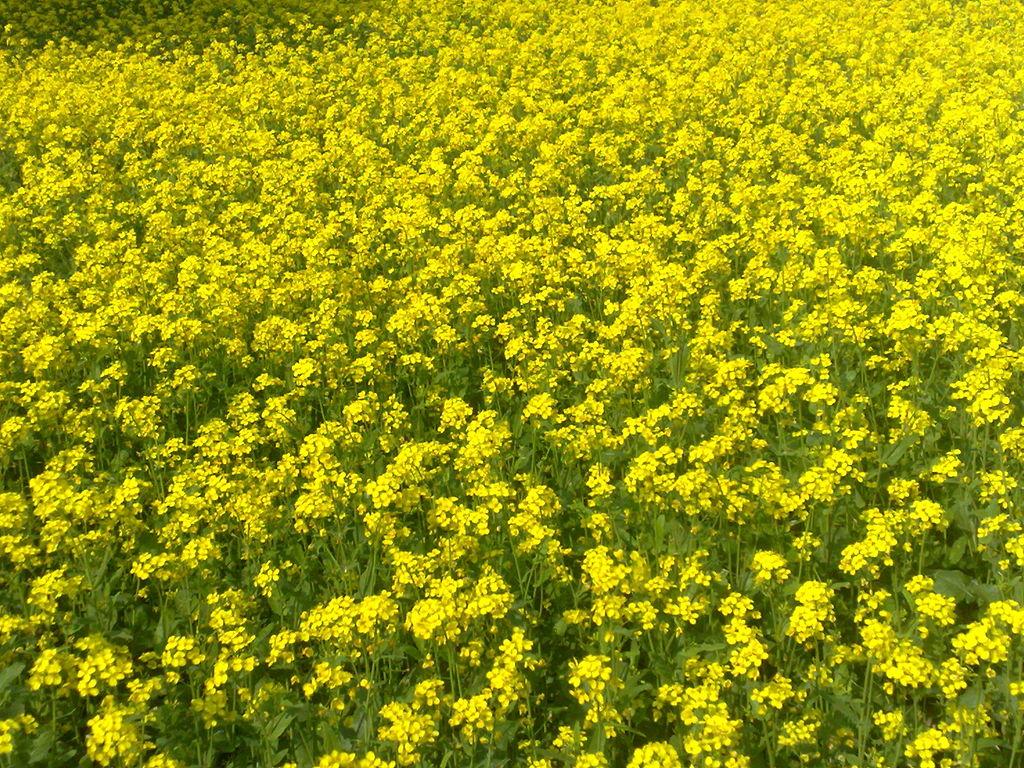 A genetically modified hybrid variety of mustard, also known as GM mustard, has received a state-run biotech regulator’s recommendation for commercial cultivation. However, several biosafety mechanisms have been ignored during the approval, according to experts.

Genetic Engineering Appraisal Committee (GEAC) under the Union Ministry of Environment, Forest and Climate Change approved GM mustard for commercial use October 26, 2022. It is the first genetically modified crop in the country to get approval in two decades.

The recommendation was given during a recent GEAC meeting, according to sources citing minutes of the meet. This would be the first time since 2002 for such approval to grow GM mustard, a genetically modified hybrid variety of the mustard species, for consumption by the masses.

The variety was indigenously developed by professor Deepak Pental, the then-vice chancellor of Delhi University, and his team.

An expert committee on GM mustard under GEAC has accepted a scientific dossier by Pental, paving the way for the clearance. The Indian Council of Agricultural Research (ICAR) approved post-environmental release studies on pollinators, like honey bees, clearing the last hurdle.

The regulatory clearance for GM mustard means the crop is fit for environmental release, but Prime Minister Narendra Modi-led Union government is expected to take a call on whether to allow it.

A policy debate over GM mustard in India has been going on for years. The path to a commercial launch had been fraught with political opposition. However, the Centre believes allowing GM crops is integral to its goal of attaining self-sufficiency in edible oils.

Centre’s nod to growing GM mustard commercially will have several consequences for crop diversity and pose a threat to food security, said experts.

The second GEAC clearance to the crop was unscientific and irresponsible and didn’t have any additional basis for decision-making, said a coalition of activists called GM Free India in a press note October 26.

The coalition is made up of agricultural experts, farmers’ welfare organisations and civil society groups.

The central government first gave the green signal for GM mustard in May 2017 after trials in Punjab Agricultural University and Indian Agricultural Research Institute, New Delhi.

However, it remained pending approval from the environment ministry. The decision to approve it took a pause after activists and farmer bodies approached the Supreme Court to oppose the move.

The lack of scientific rationale for responsible regulation behind the nod is shocking, said Kavita Kuruganti, a member of the coalition.

“The regulator gave a green signal, but the decision was not cleared by the MoEFCC. Only two additional tests have been prescribed by GEAC in a perfunctory and irresponsible fashion since 2017, as though the debate about GM mustard was about these two aspects alone,” said Kuruganti.

Kuruganti is the founder of Alliance for Sustainable & Holistic Agriculture and one of the activists of GM Free India who has written to the Centre against the approval.

GEAC conceded to requests by the developer of the herbicide-tolerant food crop and set up an expert committee in August 2022, she said. “This expert committee was headed by a scientist from the Department of Biotechnology (DBT). This is a conflict of interest, given that DBT is the founder of GM mustard,” Kuruganti said.

Other GM crop developers and proponents were also drawn in and the expert panel said that GEAC needed to approve GM mustard, said the coalition statement.

“This compromises biosafety in serious and objectionable ways, and we ask the government of India not to move forward in allowing this dangerous herbicide-tolerant food crop in India”, the statement read.

Read more: Are GM crops a real solution to pest attacks in Africa?

This approval is a U-turn for all the assurances given to farmers when they opposed GM mustard earlier, said Kiran Vissa of Rythu Swarajya Vedika, a network working for the well-being and rights of farmers.

“This move will open doors for a lot of GM food crops, which are harmful to the environment, agriculture and food system, to enter into the market. We oppose it,” Vissa said.

In 2009, the then environment minister in United Progressive Alliance (UPA) government Jairam Ramesh placed India’s first GM food, BT brinjal, under a moratorium despite regulatory approval. India is looking to increase oilseeds output under its Aatmanirbhar or self-sufficiency campaign.