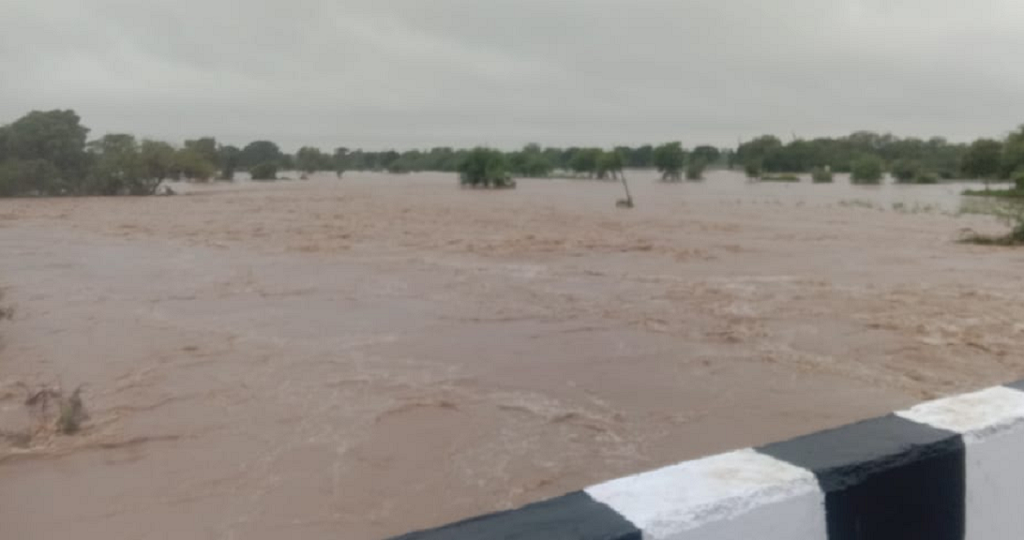 Incessant rains this month in Maharashtra have damaged crops across 800,000 hectares. The heavy rains on July 11 and 12, 2022, have affected farmers in 24 districts, mostly in Marathwada and Vidarbha regions.

Paddy, corn, soyabean, cotton, tur and banana crops and other vegetables have been heavily damaged, according to the state agriculture department.

Half the damage has been reported by Marathwada alone. Hingoli and Nanded districts have seen heavy damage.

“My division has registered losses on 377,870 hectares of land,” said an official from the agriculture department in Marathwada. “Over 100,000 farmers have been affected.”

The official said the revenue department has started assessing the damage and reports were being shared with the officials concerned.

“Around 4.8 million hectares of land is cultivated in the division, out of which 4.1 million had been sown before the rains,” the official said.

The official said paddy, cotton and soyabean had been affected the most. “Groundnut, sugarcane, turmeric and jowar crops were destroyed too,” he added.

Marathwada has also lost a lot of cattle — 522 animals across eight districts. As many as 40 people have also died due to extreme weather conditions.

The state agriculture department official said it is too early to estimate the losses in terms of revenue.

“The actual revenue losses will only be realised once the crop damage across the state are assessed and reports received,” he said.

Aurangabad in Marathwada received 326 millimetre of rains, according to India Meteorological Department (IMD). This is 104 mm more than the average rainfall in the region.

Parbhani has recorded 487 mm rainfall — a deviation of 199 mm. Akola in Vidarbha region has received 700 mm of rainfall, which is a departure of 423 mm.