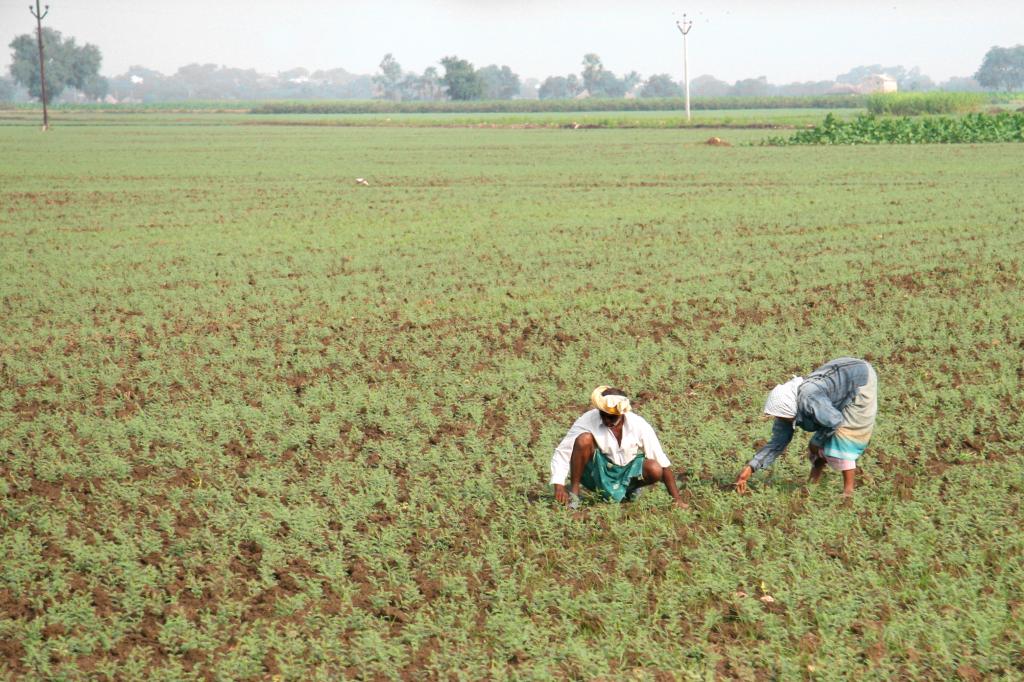 The message from four teenage girls from Hyderabad and Chennai is clear: There is a need to shift to natural farming.

Nandini Raju (16), Srilakshmi Reddy (16), Amrutha Potluri (16) and Sharada Gopalakrishnan (14) have been trying to get farmers to switch to Zero Budget Natural Farming (ZBNF) for the last four months.

The farming method is based on the elimination of chemical inputs and use of locally available resources to reduce farmers’ input costs and make agriculture remunerative.

The girls, all of whom are studying, have made several videos on popular channel YouTube to educate farmers on the benefits of sustainable farming practices. The videos can be found on social media applications such as Instagram and Facebook too.

The girls have so far spoken to 40-50 farmers in Andhra Pradesh’s Guntur. Nilgari Foundation, a non-profit, helped them get in touch with farmers.

“We saw the news of a farmer from Telangana who lost his father to cancer some time ago. He wanted to convert to a healthier lifestyle. He now practises natural methods of farming and promotes it across the state. This only ascertained our belief in what we were doing,” said Raju.

The project, called Project Mritsa, is a part of the Purpose Academy, a program by 1M1B in partnership with the College of Engineering, Sutardja Center for Entrepreneurship and Technology at University of California, Berkeley and the Innovation Acceleration Group. 1M1B is a social innovation and future skills initiative aligned to the United Nations-mandated Sustainable Development Goals.

Farmer distress, suicides and mass protests by farmers across India have been prompted by high production costs, unremunerative prices, depleting natural resources and the climate crisis. Andhra Pradesh is particularly impacted by the crisis.

The Government of Andhra Pradesh in 2018 launched a scale-out plan to transition six million farmers cultivating eight million hectares of land from conventional synthetic chemical agriculture to ZBNF by 2024. The aim is to make Andhra Pradesh India’s first 100 per cent natural farming state.

Andhra Pradesh and Telangana are rich in fertile soil, which is best suited for farming. But due to the high cost of input, farmers are forced to take loans… As many as 90 per cent farmers are in debt in Andhra Pradesh, and each household bears an average debt of Rs 1 lakh. The cost of cultivation is lower in ZBNF for all crops; it ranges between Rs 3,000 and Rs 22,000 and the net revenue is higher by Rs 9,000-Rs 37,000 for all the crops because of the lower cost of cultivation.

Reddy added: “I saw my grandfather, a paddy farmer in a small village near Guntur, struggle to grow crops due to a huge pesticide invasion. He lost his savings in the process. The plight of farmers is similar. Our main idea is to promote sustainable agriculture through promoting organic farming, reducing cost of cultivation, producing residue-free commodities, promoting farmer producer ogranisations and helping procure and sale of farmer produce.

“The ZBNF method also promotes intercropping, which helps farmers to grow more than one crop at a time. The impact of chemicals on the environment and on long term fertility of soil is devastating, but this has largely reduced in places where natural farming is being practiced,” he added.

‘Before it’s too late’

The girls are aiming to get in touch with 300 more farmers.

“The initial response has been excellent. Many farmers are happy to learn about sustainable and safer methods of farming,” said Srilakshmi Reddy.

She added the team is hopeful to take the project to a bigger stage: By making it easier for farmers to sell organic products through application as well as promoting the practise in more influential settings such as universities or schools.

“It is important to maintain balance between food security, environmental caution, farmers’ welfare and consumer satisfaction. Our vision is to help turn farming into a means of profitable livelihood instead of a means of bare subsistence,” said Potluri.

Gopalakrishnan said “serious problems just aren’t real to people until it’s too late. We hope to open people’s eyes to this.”