Impact of stalled monsoon: 30-45% decline in sowing of kharif crops in June

Cotton, oilseeds, pulses and coarse cereals are among the worst-hit crops 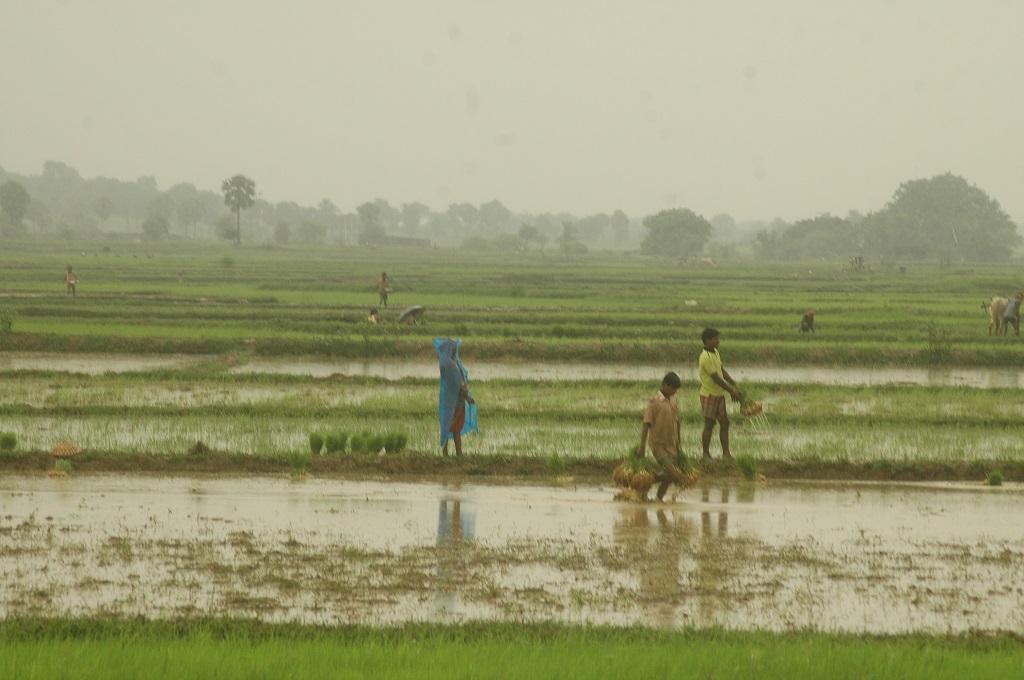 More than a week-long break in monsoon has affected sowing of several crops. Credit: Agnimirh Basu

There has been a more than 20 per cent decline in total sowing area of Kharif crops this June as compared to the same period last year. The total sown area as on June 29, 2018 stood at 16.52 lakh hectares as compared to 210.75 lakh hectare at this time in 2017, according to the press release issued by the ministry of agriculture and farmers welfare.

The impact of delayed arrival of the southwest monsoon, especially in eastern, central and northern India, is now evident. More than a week-long break in monsoon has affected sowing of several crops. Cotton, oilseeds, pulses and coarse cereals are among the worst-hit crops.

Till June 29, rice was sown / transplanted in 26.91 lakh hectares (ha) as opposed to more than 30 lakh ha last year. The drop in sowing area of pulses is very high at about 44 per cent. Equally concerning is the oilseed acreage. The area under oilseeds has also reduced by a whopping 44 per cent as compared with the corresponding period in the last Kharif season.

The total area under cotton crop was reduced significantly to 32.20 lakh ha—a 30 per cent dip from 46.10 lakh ha cultivated in the same period last Kharif season. Cultivated area in states such as Punjab and Haryana, where cotton crop is sown early, have reportedly shrunk.

Both spatial and temporal distribution of rain is important for kharif crops, which accounts for about 50 per cent of agricultural production in the country.