The condition will last till October 17, according to the SAFAR website under the Union Ministry of Earth Sciences 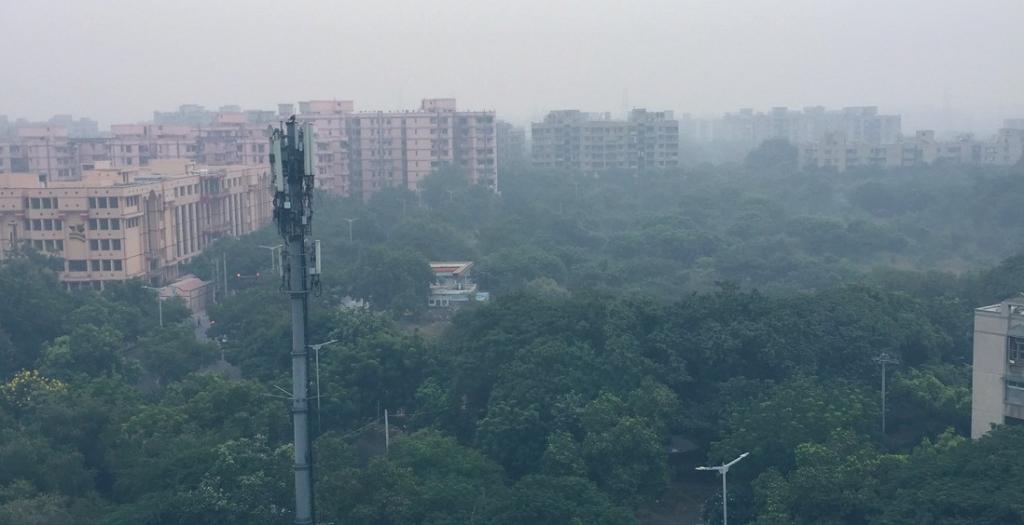 October 15 was also the day when the Graded Response Action Plan (GRAP) – a list of pollution-control measures followed in Delhi and neighbouring cities depending on the deterioration in air quality – came into force. Ghaziabad, Gurugram, Noida, Greater Noida and Faridabad were also in the ‘very poor’ category.

At least 26 out of 36 areas monitored together by CPCB, Delhi Pollution Control Committee and India Meteorological Department, were in the ‘very poor’ category.

The concentration of lead and harmful pollutants in Delhi’s air also increased substantially. The value of particulate matter (PM) 10 was 258 microgramme per cubic metre (µg / m3), according to data from SAFAR (System of Air Quality and Weather Forecasting and Research) website under the Union Ministry of Earth Sciences.

The local wind speed and ventilation is also low. This means the speed at which pollutants get dispersed is low. Thus, a favourable situation for pollutants to get trapped in the atmosphere has developed.

The analysis added that the stubble burning fire counts observed October 14 around Haryana, Punjab and the neighbouring border regions were estimated at 740 and transport wind direction was partly favourable. Hence, an increase in stubble contribution in PM2.5 was expected.

There has been an increase in fire counts recorded till now this year, when compared to the last two years. For example, on October 14 in 2018 and 2019, the fire counts were around 200.

However, the share of stubble burning in total PM2.5 of Delhi was just six per cent October 15, the SAFAR analysis showed.

Union Environment Minister Prakash Javadekar flagged off 50 CPCB teams for field visits to inspect air control measures. He said around 95 per cent of the pollution in Delhi was due to local factors like dust, construction and biomass burning.

These teams will do on-the-spot reporting about major air polluting sources. These include major construction activities without proper control measures, dumping of garbage and construction waste alongside the roads and in open plots, unpaved roads as well as open burning of garbage / industrial waste.

These teams will specifically focus on hotspot areas where the problem is aggravated, Javadekar said.

Some tough measures to combat air pollution also came into force from October 15.

These include a ban on diesel generator sets (except in emergency and essential services) in Delhi and NCR towns of Noida, Ghaziabad, Greater Noida, Faridabad and Gurugram. Authorities will conduct night patrolling to check dust, industrial emissions and waste burning.