Climate change is real: After near-drought, Odisha deluged due to four days of heavy rain

Some 24 of Odisha’s 30 districts had faced a drought-like situation according to the rainfall report from June 1-August 25, 2021 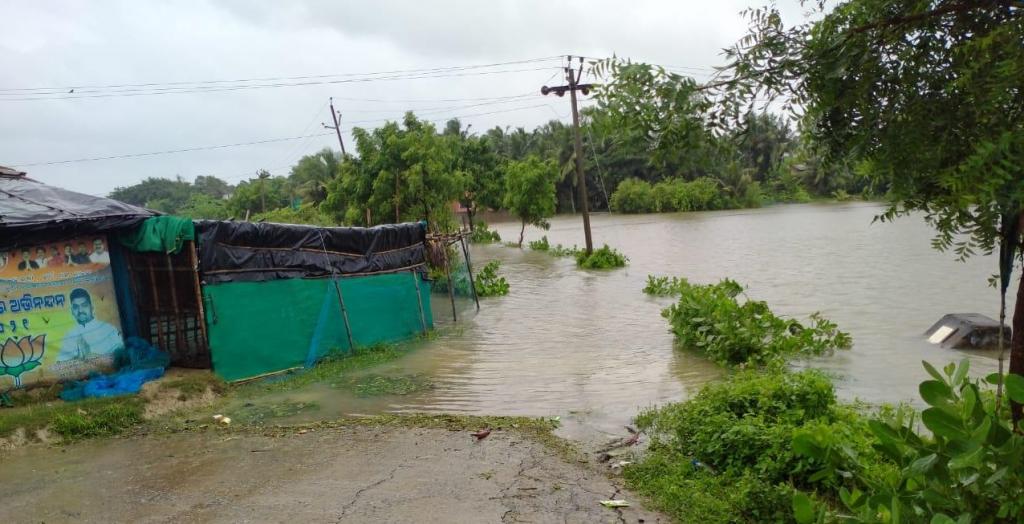 Large swathes of Odisha were waterlogged September 14, 2021 and major rivers flowing above the danger mark after four days of heavy rains triggered by a low pressure area in the Bay of Bengal.

This comes within weeks of Down To Earth’s report of just six of Odisha’s 30 districts having received normal rains this monsoon.

The Jalaka and Baitarani were flowing above the danger mark. The water level of the Hirakud dam on the Mahanadi stood at 626.27 feet, against its storage capacity of 630 feet.

Ten districts in Odisha recorded rainfall above 200 mm whereas nine districts got rainfall between 100 and 200 mm in the past 24 hours, Odisha Special Relief Commission Pradeep Jena said September 14.

Similarly, Boudhgarh in Boudh recorded 262 mm rainfall, Jena said. It was followed by:

There have been reports of damage to private property besides some human casualties due to heavy rainfall and the consequent localised flooding. The administration will assess damage to property in different sectors such as housing, crop loss, loss of livestock and pay compensation to affected people, Jena said.

According to the Odisha Relief Code, ‘heavy rain’ would mean three days or more of uninterrupted rainfall, the total amounting to at least three times that month’s average rainfall.

Officials of rain- affected districts had stocked rice, flattened rice, molasses, kerosene and other items in all the Gram Panchayat offices and in block headquarters to provide help to affected people during emergency situations.

The officials had been directed not to leave their respective headquarters without informing the district administrations, Jena said.

A goods train derailed and six coaches fell into the Nandira river between Angul and Talcher Road under the Dhenkanal-Sambalpur rail section in the East Coast Railway early morning September 14. The accident happened after a portion of the railway track was washed away due to heavy rain.