Over the past century or so, rainfall in the region, along with the flood-drought cycle, has changed character for the worse. The phenomenon has picked up pace in recent years 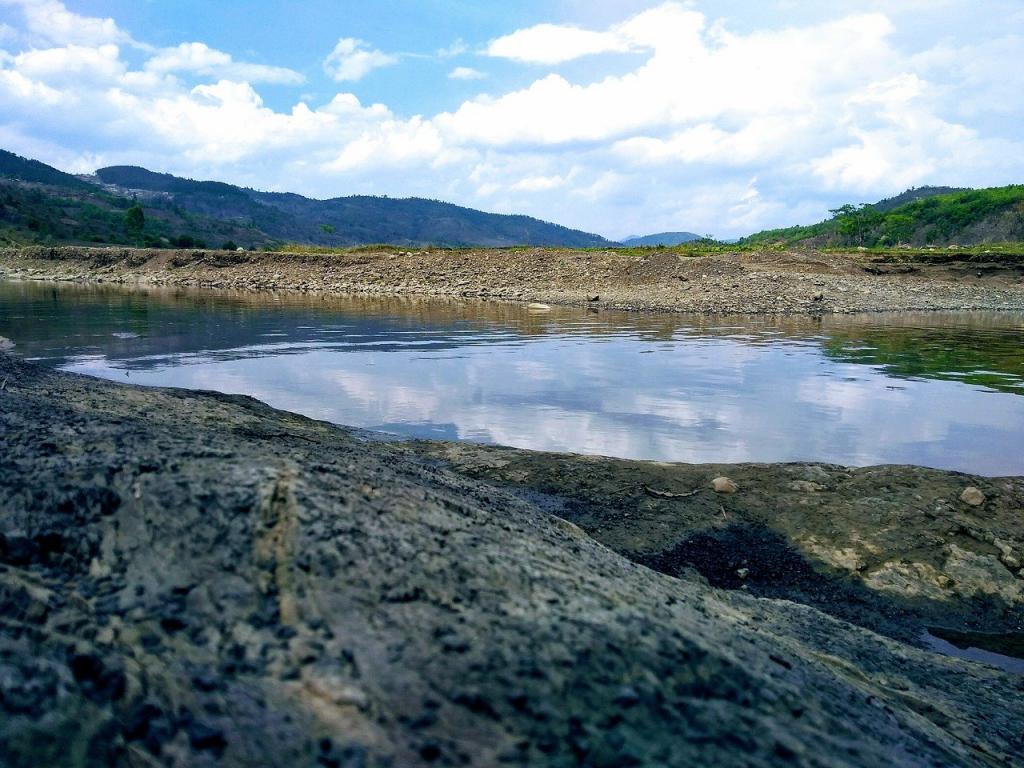 The climate of North East India is changing: Rainfall patterns over the region in the last century have considerably changed, resulting in its overall drying up.

Till August 27, 2021, several states in the North East were suffering from high deficits in rainfall. Manipur had the highest deficit, with 58 per cent less rains than normal.

Mizoram recorded a deficit of 28 per cent; Nagaland and Arunachal Pradesh received 23 per cent and 21 per cent less rainfall than normal. Other states fared better only marginally. The trend only becomes starker when one looks at the data from the last few decades. The north east India hosts some of the rainiest places on Earth, with rainwater being the major source of water there.

The rain and snow feed mountain springs, which feed the tributaries that join either the Brahmaputra, Barak as well as rivers in Manipur. All these together water the region.

If the rainfall decreases and the flow of the springs diminish, the rest of the water systems also get disturbed. Almost 27 per cent villages in northeast India are watered directly by the springs, according to a NITI Aayog report on the inventory and revival of springs published in August 2018.

Around 70 per cent of the region’s area lay in the catchment of the Brahmaputra river and its major (41) and minor (121) tributaries as well as numerous streams. This dependency on rainfall makes the region highly vulnerable to climate change.

North east India normally receives heavy rainfall during the monsoon months (June-September), which replenishes the rivers every year. Over generations, people have learnt to reclaim and cultivate the soils brought in by the rivers. Lately, however, they have become uncertain about their knowledge.

Over the past century or so, rainfall in the region, along with the flood-drought cycle, seems to be changing character for the worse. The phenomenon has picked up pace in recent years.

The probability of drought occurrence in the region was 54 per cent during 2000-2014, found a research paper published in journal Current Science in January 2015. Western India too faced high chances of drought, but they were half of what northeast India experienced.

There had also been two major flood years — 2007 and 2010 — in the Brahmaputra in the same period, according to a research paper published in journal Nature Communications in November 2020. The river gets flooded every year, a natural process that has shaped the land in most of North East India for millions of years. Major floods in the Brahmaputra, therefore, are known to cause inundation for more than 10 days at a stretch.

There have been six major floods since instrumentation began in the 1950s:

The flood-drought cycle now has begun to happen within a year, especially during the monsoon. The rains come in quick bursts and flood the region, followed by elongated dry periods that border on drought.

This is an ominous sign for a region that is mostly dependent on agriculture for its livelihood. In Assam, for instance, 86 per cent of the rural population practices agriculture, according to the state’s action plan on climate change. The state is also highly prone to flooding every year as most of its area is drained by the Brahmaputra. Analysing rainfall trends over different periods of time and to different geographical extents yield slightly different results but with a clear imprint of changing patterns indicating a change in climate. Rainfall in north east India was reliable in the past, till as recent as 1951. It varied at an average of 15-20 per cent from one year to the next from 1901-1951, according to a research paper by P Jagannathan and HN Balme from the Indian Institute of Tropical Meteorology (IITM), Pune. They had analysed annual rainfall data from 105 places across India to come to this conclusion. This reliability now seems to be decreasing. “The southwest monsoon winds, while passing over the North East, create three rainfall zones in the region. These are high rainfall-low variability, low rainfall-low variability and high rainfall-high variability. When the variability is high, any change in the monsoon will create a strong variability in the rainfall pattern,” said SK Patnaik, professor of geology at Rajiv Gandhi University in Arunachal Pradesh.

So the region seems to be drying up. This is the longest view that scientists can take with regard to rainfall changes in north east India. Longer and more recent data analyses show an overall decline of rainfall in the north east.

Another rainfall analysis for India from 1871-2005 found that the NMMT subdivision witnessed a decline in monsoon rainfall by 135 millimetres in total — the third-highest decline in the country after Chhattisgarh and Kerala, according to a research paper published in the Hydrological Sciences Journal in May 2010.

The total annual decline was around 85 mm. The same paper said annual rainfall in Assam and Meghalaya subdivision decreased by 0.53 mm every year amounting to a total decrease of almost 72 mm. The decrease in monsoon rainfall for the two states put together is even starker with an annual decrease of 0.64 mm a year, which amounts to over 86 mm in total.

Some shorter analyses also show a general drying up of the region with results. During 18 of the last 19 years (2001-2019), North East India received monsoon rainfall less than normal with an exception of 2007 (110 per cent of normal), according to an IMD report from 2019.

“This indicates that the seasonal (monsoon) rainfall over northeast India is passing through a below normal epoch like it was during early 1950s to mid-1980s,” said IMD. In fact, a research paper published in Nature Communications reconstructed the Brahmaputra floods in the last seven centuries from tree ring data and found 1956-1986 to be the driest period. Though, this was also the period when instrumentation for flood monitoring became efficient.

Jagannathan and Balme found that “during the monsoon, rainfall patterns in North East India differed significantly from one sunspot epoch to another, suggesting differential intensification of the seasonal trough of low pressure over the country.”

Sunspot epochs are alternating periods of increased and decreased activity on the Sun’s surface that influence the climate of Earth.

A research paper published in the journal JGR Atmospheres in 2018 found that the monsoon rainfall in northeast India decreased by 355 mm in the between 1979 and 2014. Out of this, 30-50 mm decrease was due to a reduction in local moisture levels.