Commitment phobia: World still not ready to do enough to cut GHG emissions

New national climate pledges combined with other mitigation measures put the world on track for a global temperature rise of 2.7°C by the end of the century, says UNEP report 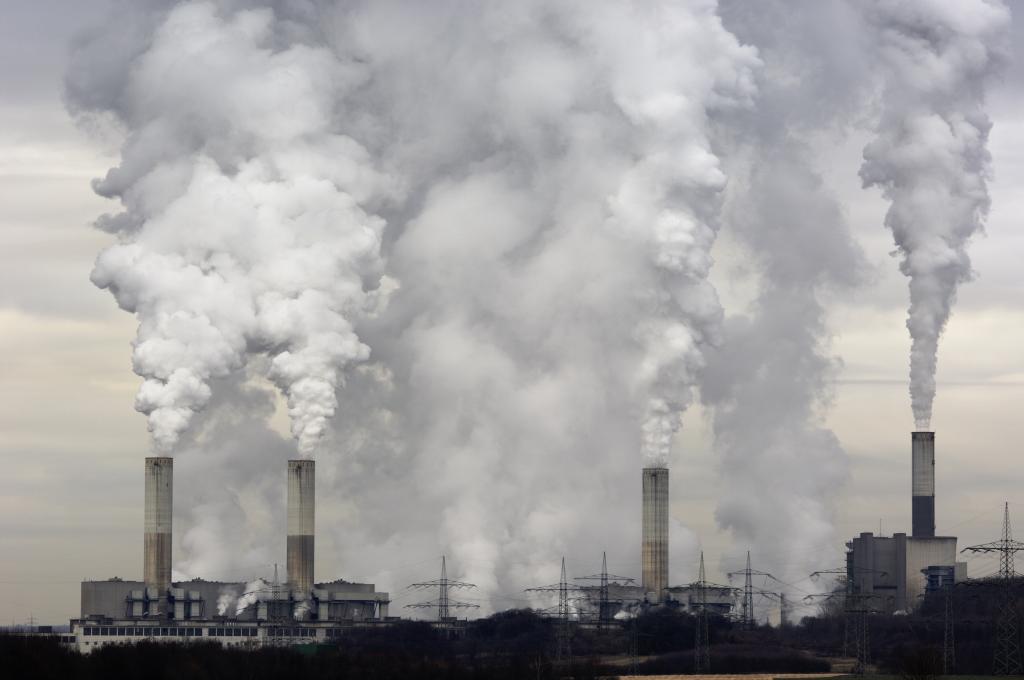 The current atmospheric carbon dioxide (CO2) concentrations are higher than at any time in the last two million years. And the temporary dip in emissions in 2020 — CO2 as well as non-CO2 emissions — is expected to rise again in 2021 and reach a level only slightly lower than the record high in 2019, according to the Emissions Gap Report, 2021 by the United Nations Environment Programme (UNEP).

There was a temporary decline in greenhouse gas emissions in 2020, but the atmospheric CO2 that year was over the decade’s average, according to the latest report the World Meteorological Organization (WMO) released October 25.

Fossil energy emissions could grow 4.8 per cent in 2021 (excluding cement), and global emissions in 2021 are expected to be only slightly lower than the record level of 2019, according to the UNEP report.

Governments are set to produce more fossil fuels than what the world requires to limit global warming to 1.5°C, an earlier UNEP report had flagged.

Many countries have announced new and updated nationally determined contributions (NDC) ahead of the 26th session of the Conference of Parties (CoP26) to the United Nations Framework Convention on Climate Change (UNFCC).

They are, however, nowhere close to what the world needs to limit global temperature rise to 1.5°C by the end of the century.

As of September 30, 2021, 120 countries — representing just over half of global greenhouse gas emissions — had communicated new or updated NDCs. Only three G20 members have announced other new mitigation pledges for 2030.

“These new commitments take 7.5 per cent off predicted 2030 greenhouse gas emissions compared to the old commitments. Reductions of 30 per cent are needed to stay on the least-cost pathway for 2°C and 55 per cent for 1.5°C,” the emissions gap report stated. 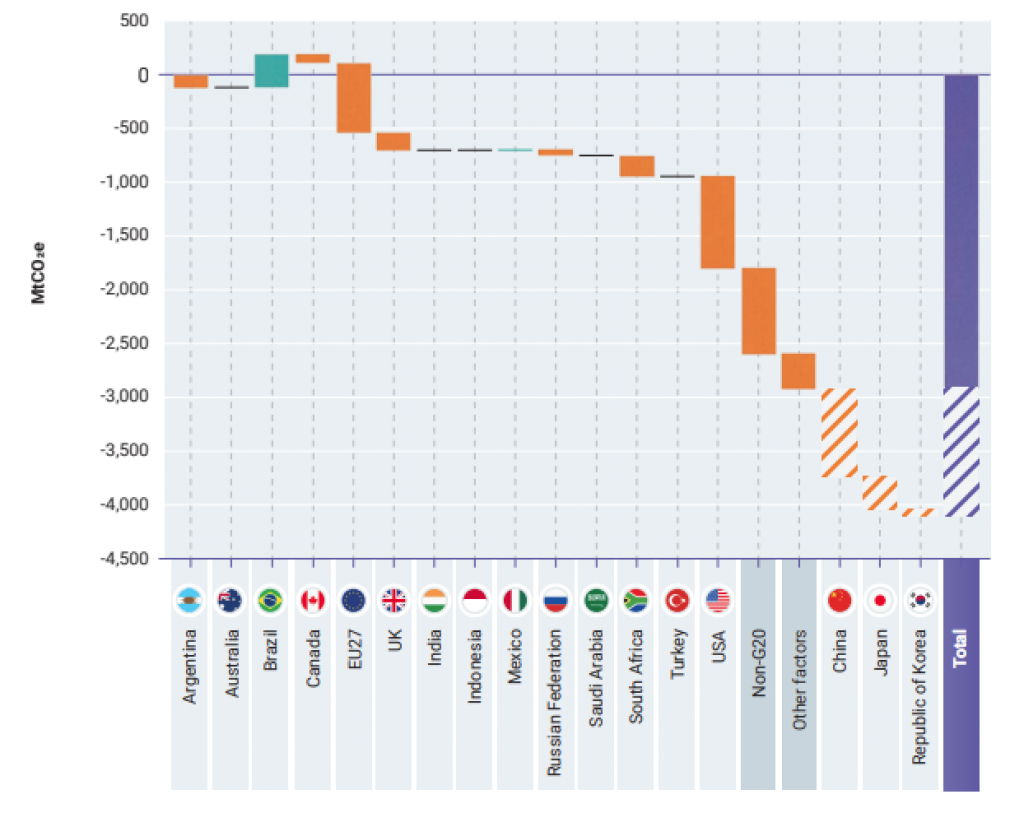 The world will emit almost 55 gigatonnes of CO2 equivalent in 2030. To stand a chance of limiting global warming to 1.5°C, the annual emissions need to be 28 GtCO2e lower by 2030.

The new or updated unconditional NDCs and pledges have a 66 per cent chance to limit global warming to 2.7°C by the end of the century.

“If conditional pledges are also fully implemented, these estimates are lowered to 2.6°C. By contrast, a continuation of current policies, which are insufficient to meet the 2030 pledges, are estimated to limit warming to 2.8°C.”

“Climate change is no longer a future problem. It is a now problem,” said Inger Andersen, executive director, UNEP.

“To stand a chance of limiting global warming to 1.5°C, we have eight years to almost halve greenhouse gas emissions: Eight years to make the plans, put in place the policies, implement them and ultimately deliver the cuts. The clock is ticking loudly,” he added.

Net-zero can give a fighting chance

A thorough implementation of the net-zero pledges, in addition to new or updated unconditional NDCs and pledges, lower the temperature estimates markedly to 2.2°C (range 2.0-2.5°C) with a 66 per cent chance.

Net-zero emission is a state where the sum of all anthropogenic emissions and removal is zero.

The only challenge is that currently net-zero plans are vague and not included in NDCs. Only 49 countries, plus the European Union, have pledged a net-zero target so far. This covers over half of global domestic greenhouse gas emissions, over half of gross domestic product and a third of the global population.

It added that existing targets show variations in scope and large ambiguities in terms of sectors that are included for net-zero.

It is also important to reduce methane emissions, the UN report said.  This will be more effective and faster in controlling the rise in temperature than reducing carbon dioxide.

Reduction of methane emissions from fossil fuels, waste and agriculture sectors can contribute to closing the emissions gap and reduce warming in the short term, it said.