At a shelter in Odisha's Balasore district. As many as 400,000 were evacuated on May 25 across four coastal districts of the state. Photo: Ashis Senapati

As many as 400,000 were evacuated on May 25, 2021 in four coastal districts of Odisha as Cyclone Yaas gathered pace. The mass evacuation process had begun May 24 in Kendrapara, Jagatsinghpur, Bhadrak and Balasore districts of the state, Odisha’s Special Relief Commissioner (SRC) Pradeep Kumar Jena told DTE.

Cyclone Yaas is expected to pack winds gusting up to 185 kilometres per hour. It is likely to move north-northwest, intensifying further into a very severe cyclonic storm in the next 12 hours.

It will continue to move north-northwest, intensify further and reach northwest Bay of Bengal near north Odisha and West Bengal coasts, very close to Chandbali near Bhitarkanika National Park and Dhamra port by the early morning on May 26.

“We fear this will be the most powerful cyclone since the Super Cyclone of 1999, which killed more than 10,000 people in Jagatsinghpur and Kendrapara districts,” said Jena.

He added that the fatalities decreased over the years in other cyclones due to more efficient evacuation policies.

“To ensure social distancing in view of the novel coronavirus disease (COVID-19) pandemic, the number of cyclone shelters has been doubled. We are also keeping separate isolation rooms in shelters for infected patients,” he added.

The night of May 26 will be a full moon night, which is expected to make the high tides even higher. All four districts received very heavy rainfall with gusty winds and high tide on May 24 and 25. Several roads and low-lying areas were waterlogged in view of the rains, said HR Biswas, director, Regional Meteorological Center (IMD), Bhubaneswar. 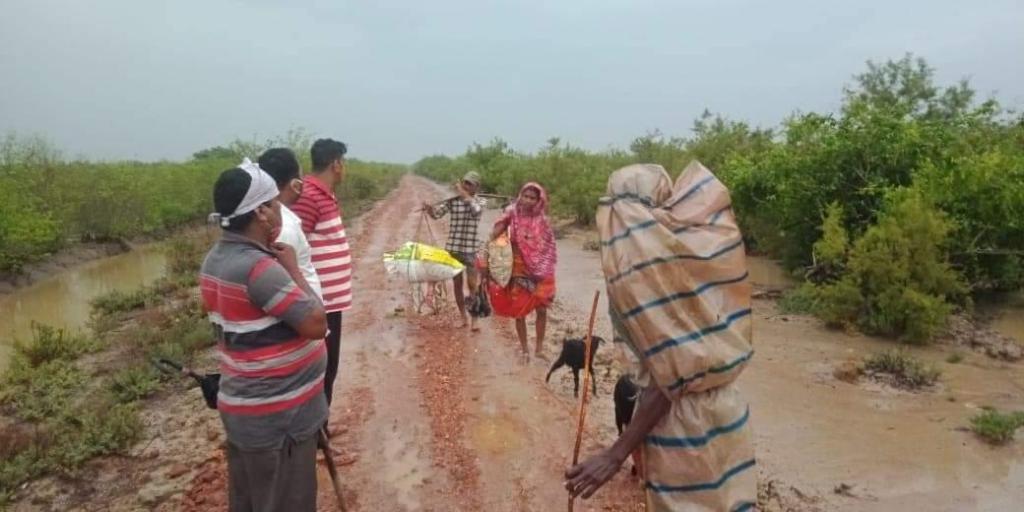 “The sea has crept almost two kilometeres into Satabhaya Gram Panchayat in Kendrapara district in three decades — one of the state’s most dangerous sea erosion hit villages. Several residents in Satabhaya, Magarakandha, Kanhupur and other seaside villagers shifted to safer places on May 25,” said Sambeet Satapathy, district emergency officer, Kendrapara.

The seaside villages of Balasore, Kendrapara and Jagatsinghpur districts look like ghost villages as several left their houses. Villagers also sheltered cattle, buffaloes and other domestic animals at safer places.

Panic gripped the seaside Gram Panchayats of Dhinkia, Nuagaon and Gadakujang of Jagatsinghpur district. In the 1999 Super Cyclone, these villages were saved as the green cover and sand dunes protected villagers from the surging tidal waves.

“The authorities have prompted an ecological disaster by cutting about 0.1 million trees and 2,500 betel vine farms over 2,700 acres in Dhinkia, Nuagaon and Gadakujang Gram Panchayats for the steel plant. But POSCO wound up its project three years ago due to strong resistance from the villagers. But now our fate hangs in balance due to the denuding green cover,” said Ashok Samal of Dhinkia village.