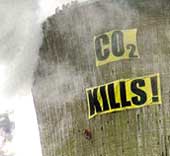 european plans to cut pollution have seen a set back following a massive slump in markets, caused by the "cack-handed" way in which carbon emissions trading was set up within the continent, say energy experts.

The European Commission (ec) has found that in 2005 alone eu industrial units pumped out 1.785 billion tonnes of carbon dioxide, while national authorities had given them allowances for 1.829 billion tonnes -- this was about 2.5 per cent surplus. "When it emerged that the number of permits exceeded demand, prices slumped by 60 per cent. In this situation the allowances are potentially worth nothing; but ec will be much stricter about its assessment of the national allocation plans in the future," says Louis Redshaw, head of environmental markets at Barclays Capital.