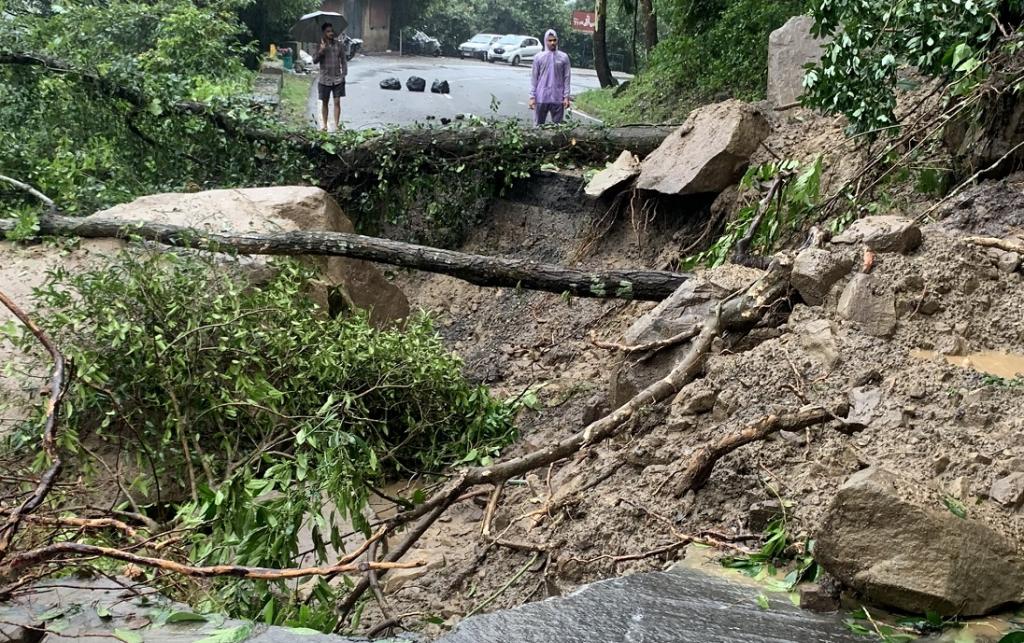 Heavy and unprecedented rains have struck Uttarakhand after Kerala, breaking all-time records. The entire state has been paralysed in just three days due to the rainfall that has claimed 28 lives according to latest reports.

Some 10 of the state’s 13 districts across both the Kumaon and Garhwal divisions have been affected due to the heavy rains. These 10 districts have recorded between 100 and 500 millimetres (mm) of rainfall.

The magnitude of the rains has been staggering. The heaviest volume of rain within 24 hours in the month of October was earlier recorded October 6, 2009 at Pantnagar in the Udham Singh Nagar district of Kumaon. This time, Champawat, also in Kumaon, recorded 579 mm within just 22 hours.

Pantnagar and Mukteshwar in Kumaon also broke all-time records as far as 24-hour rainfall is concerned.

Uttarakhand has registered heavy losses to life and property due to the rains. Sixteen deaths were recorded in two villages of Nainital district. Nine members of a family perished in Jhutiya village of Ramgarh block. A tenth member was seriously injured and is said to be serious.

Six labourers were killed due to falling debris in Chaukhuta village of Dhari tehsil, also in Nainital. A child died due to a house collapse in Bhimtal in the same district.

A local journalist and two of his relatives died after being caught in debris in the Rapad village of Bhikiyasain tehsil of Almora district.

A young girl died due to a wall collapsing on her in Hira Dungri, also in Almora district. A youth died after being hit by stones from a rock fall in Bhagaar village in the Kapkot tehsil of Bageshwar district

The Kumaon division of the state has been especially affected. The Naini lake in Nainital town has burst its banks for the first time in living memory according to local journalist, Rajiv Lochan Shah.

Shah’s home has been flooded due to the waters of the lake. He and his family have been marooned in their house for the past 24 hours.

A bridge on the Gaula river in Haldwani was swept away on the morning of October 19 due to the river’s swirling waters.

The neighbouring town of Kathgodam, an important railhead in Uttarakhand, witnessed several metres of rail tracks being swept away due to floodwater. All train services to the town are currently suspended.

The Sharda river in Tanakpur town of Udham Singh Nagar swept away at least a 100 metres of rail track.

The Rishikesh-Badrinath and Rudraparayag-Kedarnath highways have been closed at various places, trapping several pilgrims.

SP Sati, who teaches environmental science at the College of Forestry, Ranichauri under the Veer Chandra Garhwali Uttarakhand University of Horticulture and Forestry. attributed the rainfall to an active western disturbance.

There was also a low-pressure area in the state that attracted winds from the Bay of Bengal. This led to the heavy rainfall, Sati said.