The southwest monsoon season may withdraw later than normal in 2021, an event that would happen for 11th year in a row 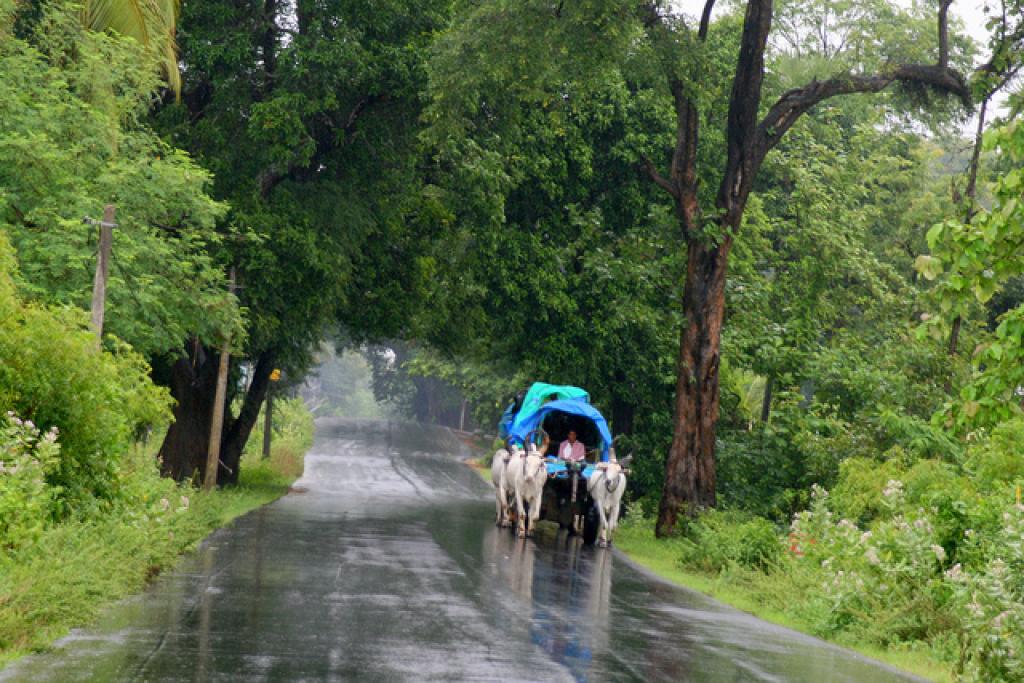 A late withdrawal of monsoon and extended rainfall has spelt trouble for the farmers in Assam: A rare, fourth wave of floods in the Golaghat district has destroyed most of the crop there.

Monsoon rains usually cease over Assam between October 10 and 15. In 2020, however, the withdrawal happened on October 28 — 13-18 days later than normal.

Sanjiv Chettri (39), a farmer in the Golaghat district of the state, lamented he was caught unawares: “There are usually three waves of floods in this area every year, so we prepared for them early on. But lately that has not been possible.”

Chettri lost three hectares of rice to the unexpected floods. Sowing and harvesting patterns of rainfall-sensitive crops such as rice have been affected by delayed withdrawal of rains.

Chettri may, in fact, find himself in a similar quandary this year as well: The southwest monsoon season may withdraw later than normal, an event that would happen for the 11th year in a row.

The trend is on display in other states as well.

The normal date for monsoon onset over India is June 1 and for monsoon withdrawal is October 15.

The India Meteorological Department (IMD) closes its monsoon seasonal data on September 30. The rainfall that happens after this period is post-monsoon rainfall. This means that for the last 10 years, India’s monsoon rainfall pattern has been largely skewed.

Monsoon is said to withdraw from a region when the following criteria are met: Rainfall activity ceases over the area for five continuous days; an anti-cyclone establishes in the lower troposphere around 1.5 kilometres above sea level; and moisture content reduces.

The delay in the withdrawal of major rainfall season for India ranged from just one day in 2019 to 13 days in 2016. There was also a delay in monsoon onset in seven of last 11 years, including 2021.

“There has been a delay in the withdrawal of southwest monsoon in recent years. There are significant year-to-year variations in the withdrawal dates,” R Krishnan, a senior scientist at the Indian Institute of Tropical Meteorology, Pune, told Down to Earth.

“In the last five years the onset and withdrawal dates for the monsoon season have varied widely,” said Elena Surovyatkina, a climate scientist at the Potsdam Institute of Climate Impact Research, Germany.

Monsoon onset dates central India, where Surovyatkina conducts her research, have ranged from July 9-26. Normal onset should occur by the end of June.

Monsoon over central India withdrew between October 3 and 26; the normal date is October 1. It has also been observed in recent years that the beginning of the monsoon withdrawal is getting delayed.

In 2020 too, the withdrawal started September 28 — 11 days later than the revised normal date of September 17.

The IMD had changed the onset and withdrawal dates for various regions of the country in 2020, but kept the overall withdrawal date of the season the same, which was October 15.

“The current normal monsoon onset and withdrawal dates are based on records of only a few stations (149) during the period 1901-1940,” the IMD had said in a press release in April this year.

The weather agency cited changing climate as one of the reasons for the trend. The timing and length of monsoon over India could possibly be changing, it said.

“When one part of the Indian subcontinent is warming but another is cooling, it leads to an erratic transition to monsoon in 2020 and 2021, a risk of dry spells after monsoon onset (in 2021) and shift of withdrawal timing,” said Surovyatkina.

While the possible influence of climate change on delayed monsoon withdrawal cannot be ruled out, there are no clear attribution studies to support this assessment, said Krishnan.

“Year-to-year variations in the monsoon withdrawal can be influenced by modes of climate variability like El Nino Southern Oscillation (ENSO) and Indian Ocean Dipole,” he added.

For instance, the late withdrawal and heavy rainfall in October of 2020 was attributed to the cooling phase of the ENSO known as the La Nina, which is characterised by unusual cooling of the central and east-central equatorial Pacific Ocean. It sometimes brings more than usual rainfall to India, extending the monsoon period.

The La Nina conditions commenced in October 2020, right around the time of the monsoon withdrawal, leading to a delay of 13 days. Before this, however, La Nina had occured in 2010-2011.

So what explains the late withdrawal of the monsoon through all these years? There is currently a 70 percent chance of the La Nina forming in November 2021 to January 2022 period, according to the National Oceanic and Atmospheric Administration of the United States.

More studies and good quality data on the observations of onset, progress and withdrawal of the monsoon season are required to know the roles being played by natural factors such as the ENSO and human-induced climate change in changing monsoon patterns over India.

“We need a long-term record of monsoon withdrawal dates based on an objective criterion from 50-60 years ago. Second, we need good attribution studies using observations and models. We need to undertake more research to understand the influence of climate change on the monsoon onset and withdrawal,” Krishnan said.