Series of cloudbursts cause flash floods in western Himalayas, across India and Pakistan

Himachal Pradesh, Jammu and Kashmir, Ladakh in India and Islamabad and Rawalpindi in Pakistan have been affected due to flash floods July 28, 2021 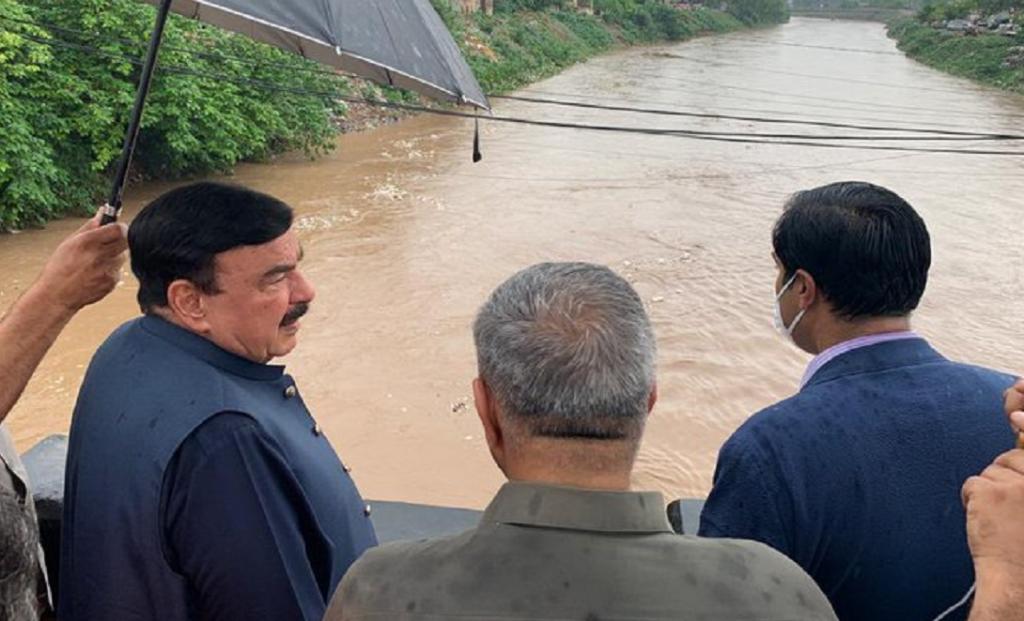 THIS STORY HAS BEEN UPDATED

There have been a series of cloudbursts across the western Himalayan region July 28, 2021. The ensuing flashfloods have wreaked havoc in Himachal Pradesh, the Union territories of Jammu and Kashmir and Ladakh and across the border, in the twin cities of Islamabad and Rawalpindi in Pakistan.

A cloudburst occurred in the area around the holy cave shrine of Amarnath in south Kashmir causing flooding, according to NDTV. However, no causalties have been reported. The Amarnath Yatra has been cancelled for a second consecutive year due to the novel coronavirus disease (COVID-19) pandemic.

Locals have been advised to stay away from the Sindh river that flows in the area.

Cloudburst near Amarnath shrine in J&K amid heavy rain, no casualties reported

In Pakistan, there have been two reported deaths of a mother and her child in Sector E11/2 of Islamabad according to the Dawn newspaper. The paper said the deaths happened after floodwaters entered their house basement on the night of July 27, 2021.

Hamza Shafqaat, the deputy commissioner of Islamabad, tweeted that a cloudburst was to blame for the flash flooding in the capital and its twin, Rawalpindi. Both cities are located in the Potohar plateau region of Pakistan.

Cloudburst in Islamabad has caused flooding in various areas. Teams are clearing nullahs/roads. Hopefully we will be able to clear everything in an hour. Everyone is requested to plz cooperate and restricted unnecessary movement for next 2 hours.

The Pakistan Meteorological Department tweeted that there had been heavy rains in the Islamabad-Rawalpindi area July 28. Teams from the Pakistan Army, which is headquartered in Rawalpindi, have been called out to assist in rescue and relief operations in both cities.

Islamabad....I am told Army rescue teams are on the ground...there is heavy flooding reported at Nullah Lai Rawalpindi as well. Stay safe everyone. #ClimateCrisis #ClimateEmergency pic.twitter.com/aP2lvKZ4WO

Social media was rife with video clips showing cars floating in floodwaters in both cities.

Flash floods have wrought havoc across the Line of Control in Jammu, Kashmir and Ladakh too. Seven people have been reported dead and many missing after a flash flood occurred at 4.30 am July 28, 2021 at Honzar village in Dacchan tehsil of Kishtwar in the Union territory of Jammu and Kashmir, The Tribune reported.

The Greater Kashmir newspaper also tweeted that a house and a mosque had been partially damaged after heavy rains, possibly caused by a cloudburst, triggered flash floods in Bandipora, north Kashmir.

The paper also tweeted about flash floods in Kargil district of the neighbouring Union territory of Ladakh, where a mini hydropower project, some residential houses and agricultural land had been affected. Both the Bandipora and Kargil flash floods had taken place July 28, according to Greater Kashmir.

The Tribune also reported that nine people had died in Himachal Pradesh. Seven had been killed in the district of Lahaul-Spiti due to a cloudburst over the Tozing Nullah. Two others had died in Chamba.