Renewables are getting cheaper all the time – here's why 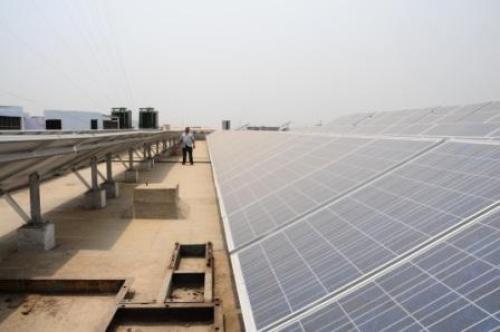 The stars are aligning for Australia to transition to 100% renewable electricity. Our fossil fuel infrastructure is ageing, which means we will soon need to invest in new power generators. New technologies such as battery storage could revolutionise long-standing business models. With care, the transitions away from fossil fuels could offer greater job opportunities.

Our latest research, which corroborates previous work, shows the technology already exists to solve many of the remaining questions around technological capability. For instance, the fact that wind and solar don’t generate electricity when the wind isn’t blowing and the sun isn’t shining can be dealt with by installing a network of diverse generators across a wide area, or by increasing our use of energy storage.

One of the biggest remaining barriers to transition is cost. But this is also rapidly changing. Much work is going into reducing the cost of renewable energy, including the latest funding announcement from the Australian Renewable Energy Agency (ARENA) of A$92 million for 12 solar projects.

The cost of building renewable energy

The cost of renewable energy is highly variable across the world and even within Australia. The picture is not simple, but it does help to start by looking at the big picture.

Research suggests that, overall, the cost of moving to 100% renewable energy is not significantly higher than the cost of hitting a lower target.

The capital cost of investment in renewable energy generation technologies is also falling rapidly. In its 2014 report on global renewable power generation costs, the International Renewable Energy Agency (IRENA) showed that the total cost of installation and operation over a lifetime of small-scale residential PV systems in Australia has fallen from US$0.35 to US$0.17 per kilowatt-hour between 2010 and 2014.

In part this has been because of reduced installation costs, together with our exceptional abundance of sunshine.

As a result, Australian new residential solar installation has soared to the fifth highest in the world. Installed capacity accounts for 9% of national electricity generation capacity and 2.8% of electrical energy generation.

The historical reductions in installation costs for wind energy are similar globally and in Australia. Recent 2016 reverse auctions in the Australian Capital Territory have received Australia’s lowest known contract price for renewables with bids at A$77 per megawatt-hour.

But the capital cost of building generation infrastructure is not the whole story. Once the generator is built, operations and maintenance costs also become important. For most renewables (biomass excluded) the fuel costs are zero because nature itself provides the fuel for free.

Other costs that we must consider are variable and fixed costs. Fixed costs, such as annual preventative maintenance or insurance, don’t change with the amount of electricity produced. Variable costs, such as casual labour or generator repairs, may increase when more electricity is produced.

We also need to think about costs beyond individual generators. The vastness of our Australian continent is a bonus and a challenge for building 100% renewable energy.

It can be used strategically to give a 100% renewables supply reliability by using an interconnected network of generators. For instance, it may be very sunny or windy in one region. Excess electricity produced in this region can fill a gap in electricity demand in less sunny or windy places elsewhere.

But this also poses challenges. To take advantage of the reliability that a highly distributed renewable electricity system can provide, we must also consider the costs associated with expanding the transmission network.

For example, in our research we investigated one possible 100% renewables electricity scenario. This was conservatively based on current technology and demand (conservative because technology is likely to change, and electricity demand has been unexpectedly falling). The scenario required a transmission grid two-and-a-half times larger than our current grid, including new cross-continental linkages between Western Australia and the Northern Territory, which currently stand alone from the well-integrated eastern Australian networks.

The challenges of transitioning to a renewable electricity sector are no doubt great, but our ageing generator infrastructure means that an overhaul will soon be due. Even though the price of electricity from old coal power plants is currently cheaper than that from many new renewable plants (because the former are already paid off), cost reductions mean a strong business case now exists for renewable technologies investment.

In a recent article on The Conversation, John Hewson wrote that “renewable energy is one of our most ‘shovel ready’ business opportunities”.

Now is the time to pre-empt the looming deadline for infrastructure overhaul to ensure future economic resilience for Australia.