Blowout, fire could have been prevented by OIL, said eight-member committee of experts 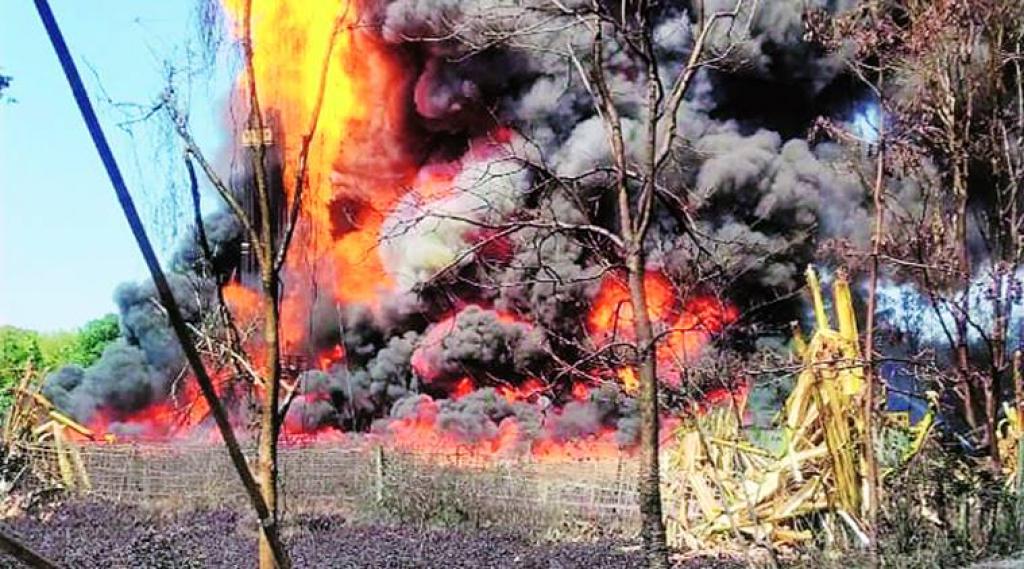 The National Green Tribunal (NGT) on August 7, 2020, accepted the recommendations submitted by a court-appointed committee regarding compensation disbursal to the victims of Baghjan blowout in Assam’s Tinsukia on May 27 and subsequent fire on June 9.

The May 27 blowout was followed by a well fire on June 9. The fire continues to burn and pollute the rural commons and habitats of endangered birds.

The tribunal also refused to entertain a plea filed by OIL that had observations and findings of the court-appointed committee of experts based on “desk research and secondary data made available through reports and documents from various stakeholders.”

The court also extended the tenure of the expert committee by three months, inducting two more members to the committee who will submit a final report on the incident. It accepted three categories of victims as proposed by the committee.

The company has spent around Rs 150 crore, of which Rs 22.38 crore have been earmarked for rehabilitation and compensation of affected persons.

More than 5,758 persons continue to be in seven relief camps near Baghjan village.

The eight-member committee of experts appointed by the green body concluded that the blowout and fire in the gas well could have been prevented by OIL operating the oil and gas rig.

The committee was formed after Kolkata-based activist, Bonani Kakker, and other petitioners approached the NGT in June seeking its intervention.

The committee, led by former justice BP Katakey, submitted his preliminary findings of the blowout in Baghjan, a village close to Dibru Saikhowa National Park, in a 407-page report to the tribunal.

It recommended Rs 25 lakh as compensation for those the most affected, while calling for strict measures against OIL for environmental violations and disregard for the procedures.

Katakey stated that the committee comprising oil industry experts, scientists and government bureaucrats unanimously agreed that the disaster could have been prevented if OIL paid attention to the deficiencies in operating the gas rig.

The committee found serious deficiencies of proper supervision of critical operation at well site from both, John Energy, the Gujarat-based drilling contractor as well as from OIL.

According to the committee, there was a gap in understanding of the gravity of a critical operation like removal of blowout preventer (BOP) — a specialised valve used to seal, control and monitor all blowouts — without having a confirmed and tested secondary safety barrier to block the gases in the event of a leak.

OIL has alleged that the court-appointed committee ignored the role of the drilling contractor, John Energy Ltd, which may have been responsible for the blowout. It stated in its application that John Energy Ltd, a company with more than 20 years of experience, started working on the gas rig right after OIL engineers sealed a portion of the well to stop the flow of gas from the active oil reserves.

According to the procedure, cement plugs or barriers used need at least 48 hours of no activity on the site.

The committee also received short transcripts of 83 interviews from the residents of 11 villages in the vicinity of the site of incident.

All interviewees reported health-related impacts of the blowout. All of them unanimously mentioned some form of adverse health impact such as breathing difficulty, headache from the incessant sound from the oil well, damage to cultivation and polluted drinking water. The reports of the local stakeholders on health impacts are corroborated with the medical records, as furnished by OIL, of individuals presently under treatment in the hospitals.

OIL informed the committee the 1,961 families with 9,107 people were staying at 10 relief camps.

“This indicates that social distancing norms and sanitation facilities are under severe constrain as alleged by the local representatives. Such vulnerability faced by the villagers expose them to a higher risk of contracting infectious and communicable diseases, particularly the novel coronavirus disease (COVID-19),” the committee observed.

The committee also recommended that people left out of the list of affected persons should be added. Besides, several measures have been recommended to conduct a multidisciplinary study looking the impacts. The committee has called for a strict compliance by OIL on the measures suggested to prevent future blowouts.

The NGT’s ruling in favour of the committee’s findings on the affected people stated that the compensation already paid by OIL would be taken into account and excluded from the interim compensation.

It has asked the district administration to conduct its ongoing survey on the losses faced by the victims and disburse the compensation under the Assam State Legal Services Authority.

The panel also accepted the interim compensation to the affected families who have moved out of the relief camps after the blowout on May 27, and people who sought shelter in relief camps after June 9 fire that engulfed the area.