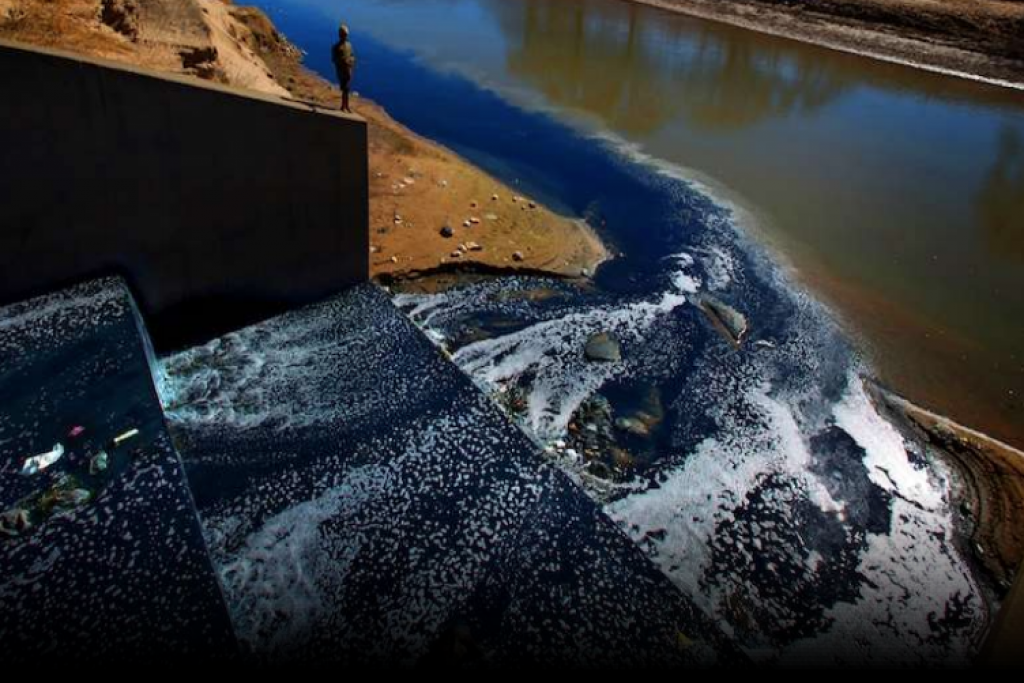 Rivers in some African countries are turning the colour of ink, and fast fashion is behind it. Untreated or partially treated effluent from textile factories, which is usually blue / indigo in colour, is killing the African rivers, according to a new report by non-profit Water Witness.

The report claimed that Tanzania, Ethiopia, Lesotho and Madagascar did not comply with pollution control norms and released untreated waste comprising toxic metals, dyes, bleaching agents and other pollutants in the rivers.

Officials from the national water board in Tanzania claimed “the laws are strong but never enforced. The pollution is blatant, but regulators are blind to it.”

The report flagged two major problems: The production of cotton and leather as inputs — that extensively use chemical, insecticides and fertiliser — pose significant water risks. Second, there is a lack of transparency on who sources and manages these raw materials.

Several clothing brands claim to have sustainability commitments on paper, but do they really? Sustainability manager of a global brand sourcing in Ethiopia, according to the report, claimed there is “very less commitment on the ground”.

Another brand put it on the government: “Water management is not our issue.”

It is well-etablished that fashion is slowly poisoning the planet. Global Fashion Agenda estimated that in 2015 alone, the global textiles and clothing industry was responsible for the consumption of 79 billion cubic metres of water.

Africa produces nearly 8 per cent of the world’s cotton, whose production adds significantly to the economy of 37 African countries.

But producing cotton burdens water resources and leads to salinisation, soil erosion and degradation. Other stages of production — from fabric production to textile processing to apparel manufacturing and finally end-product consumption — entail a gamut of water-polluting activities.

These include unsafe management of solid waste and sludge, unsafe handling of chemicals used, shipping of products causing water pollution on the waterways, release of microplastic in water, among others.

These water challenges coincide with heavy dependence on the sector in the aforementioned countries: In each country, the textile and apparel sector contributed 20-60 per cent of export revenue and 5-30 per cent of the gross domestic product as of 2017, according to World Bank statistics.

In Ethiopia, for example, a quarter of the jobs created in manufacturing in 2020 were attributed to textile and manufacturing sector. The country’s export value grew from $13.7 million as in 2005-2009 to $110 million in 2017, the report said.

Fast-fashion also makes most of our collection disposable: The volume of apparel that Americans throw away each year has doubled in the last 20 years, according to the Sustainability report. In 2018, approximately 17 million tonnes of textile waste ended up in landfills or incinerators in the US.

In Lesotho, textile and apparel production sector accounted for 58 per cent of total export value in 2017. The sector heavily employed workers, mostly women and from marginalised backgrounds, here as well.

In Madagascar, the sector employed almost a third (30 per cent) of workers in industrial sector.

It is time for these businesses to step up, show leadership and demonstrate their credibility as responsible players, said Sareen Malik, executive secretary, African Civil Society Network for Water and Sanitation.