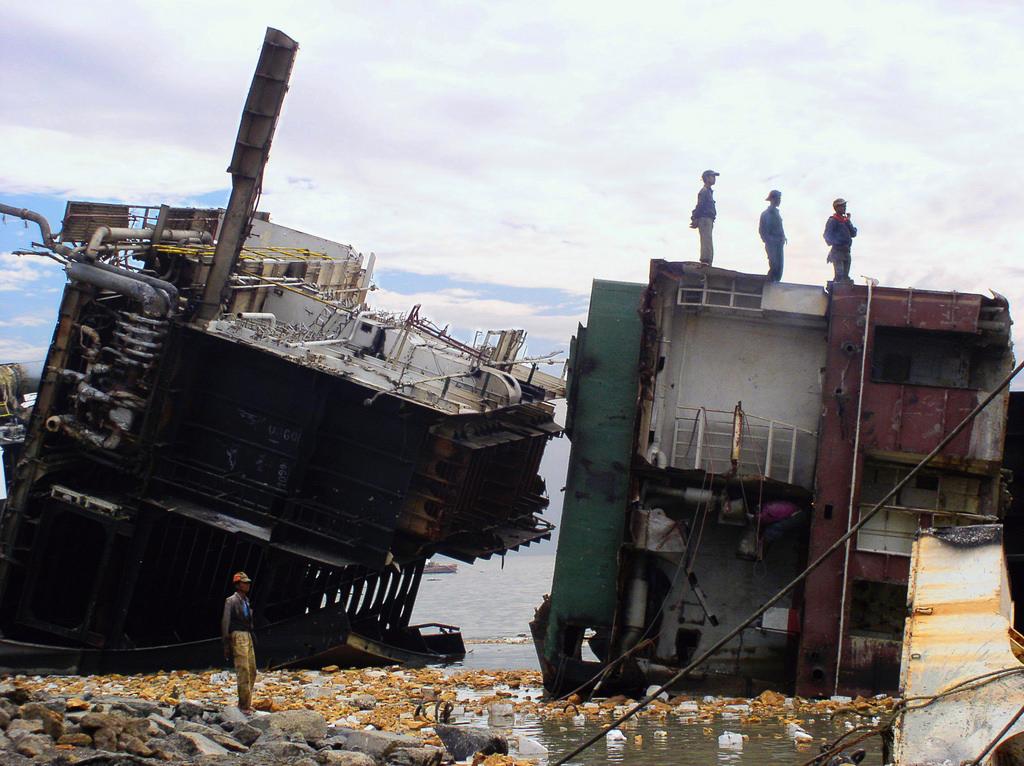 After facing flak from environmental groups in 2015 for proposing Shipbreaking Code without factoring in pollution, the Union Shipping Ministry introduced a slew of amendments and released it on their official website, inviting public and other stakeholders to give their comments.

Under the amendments proposed to the Shipbreaking Code 2013, the government makes it mandatory for ship-breaking companies to store radioactive and other hazardous waste in a temporary facility at their yards before getting rid of it through registered recyclers.

The amendments, which claim to be in sync with the requirements of the Atomic Energy Regulatory Board, put the onus on ship breakers to appoint a safety officer to ensure the protocols are met.

According to a shipping ministry official, the government has also asked Bureau of India Standards to define steel classification, based on which, the decision will be taken whether a particular steel can be converted into secondary steel or it needs to be discarded.

The shipping ministry also proposed reducing the time for submitting documents from three weeks to seven days before a ship is expected to arrive for recycling. The state maritime board or port authority, state pollution control board and the customs department need to go through the documents.

The owner of the ship or the recycler will have to submit an assessment of hazardous wastes in the structure of the ship and on board “as far as practicable by reference to the ship’s drawings, technical specifications, stores and manifest, in consultation with the shipbuilder, equipment manufacturer and others”.

What has been the UN’s assessment on shipbreaking in India?

When the UN Special Rapporteur Okechukwu Ibeanu undertook a fact-finding mission in 2010, he wrote in his assessment report: “The method of ship dismantling fails to comply with generally accepted norms and standards on environmental protection.” He had observed that the dismantling of ships on sandy beaches without any containment has caused high levels of contamination of soil, air, and marine and freshwater resources in many South Asian countries.

He had recommended an independent study to assess actual and potential adverse effects caused by the discharge of hazardous substances into the natural environment.

Moreover, technical guidelines of the European Commission and Basel Convention contain that a beach is not an appropriate place for hazardous industrial activity and hazardous waste management.

Concerns earlier raised by the Centre for Science and Environment

Apart from highlighting the shortcomings in Adani’s project to build ship-breaking facility near Mundra West Port in Gujarat’s Kutch district, a Delhi-based NGO, Centre for Science and Environment has also been pointing out how ship-breaking activity, over the years, has shifted towards South Asian countries where labour cost is low and regulations on occupational safety are weak. The researchers at CSE had also raised concerns over lack of disposal procedure for asbestos which exposes workers and the surrounding environment to the asbestos fibers causing cancer and asbestosis.