While IMD says the climatic phenomenon will be ineffective, other forecasters disagree 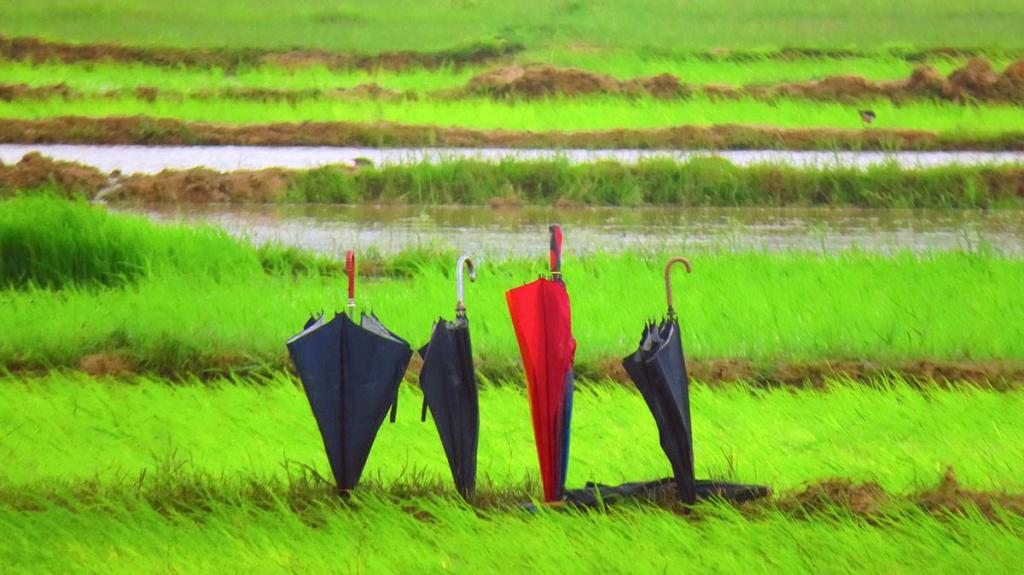 The IMD said August will get 96 per cent of the normal rainfall this monsoon. Credit: Wikipedia

El Niño will have no effect on this monsoon and the Indian Ocean Dipole too will remain neutral, said the Indian Meteorological Department (IMD). The weather agency also predicted a wetter August.

The IMD, on August 3, said August will get 96 per cent of the normal rainfall this monsoon with 9 percent more or less rain and the country will receive 95 percent of its normal rainfall in the rest of the season with a possible error of (+/-) 8 per cent. The IMD believes this is an improvement over its previous prediction in June.

Other forecasters are still open to the development of El Niño. They even say that the South West Monsoon (SWM) might reduce in intensity in August. The reason for this reduction is the warming of the sea surface in the Pacific Ocean, which could lead to the development of Ek Nino, a climatic phenomenon that affects monsoon. El Niño forms because of unusual sea surface temperatures (SST) in the Pacific Ocean. Skymet Weather, a private forecasting company, has predicted that August will end with a 12 per cent deficit in rainfall and September will do slightly better with a seven percent deficit. The company also predicts a 70 per cent chance of less than normal rainfall in the month of August. Skymet Weather also cites the evolution of El Niño as the reason for less than normal rains.

The IOD, another climatic phenomenon, which influences the activity of monsoon, has been neutral till date. IOD is the oscillation of temperatures between the western and eastern parts of the Indian Ocean. In the positive phase of IOD, the western Indian Ocean becomes warmer and produces more rainfall, while in the negative IOD, the opposite happens.

The Australian Bureau of Meteorology (ABM), which also tracks El Niño, says that there is a 50 per cent chance of an El-Nino forming in 2018. Even though the Tropical, Eastern and Central Pacific have cooled down recently, warming will commence in the following weeks, according to ABM’s new report.

While the IMD says that Bihar, Jharkhand and the north-eastern states have received less than their normal share of rainfall till date, it also adds that the distribution of rainfall will be normal all over the country. But the agency stays silent about these regions recovering their deficits in the next two months.

On August 2, the IMD predicted that east and northeast India will receive more rainfall during the next week. Currently, an air circulation prevails over the northwest Bay of Bengal and nearby areas of Gangetic West Bengal and Odisha. Due to this, around August 6, a low pressure area may form around the region and bring some rain.

“Climatologically the rainfall during SW monsoon season over this region is different from the rest of India. Some researchers showed that on a seasonal mean time scale, the summer monsoon rainfall during June-September over this region is negatively correlated with that over rest of India. Moreover, whenever, the core monsoon zone receives significant rainfall, this region receives less rainfall,” says Sanjay O’Neill Shaw, the deputy director general of meteorology (DDGM), at IMD Guwahati.

While talking about the exceptionally high July temperatures in Assam, Shaw says, “Due to the presence of low pressure system over the Bay of Bengal and location of monsoon trough to the south of its normal position during those days, flow of moisture laden winds from Bay of Bengal was cut off temporarily and that led to scanty rainfall activity, cloud free sky during day time and shooting in day temperatures.”

The IMD has already made some mistakes with its forecast this year. For example, even though the onset of monsoon over Kerala was on time, it was quieter than usual. Despite the normal date of onset, as announced by the Indian Meteorological Department (IMD), Kerala has received rains that are deficient by 29 per cent compared to the long-term average of 110 mm during the first week of June. Off the southwestern coast, the atolls of Lakshadweep received 35 per cent less rainfall than the long-term mark.

Back then, the IMD had misidentified the rains at the end of pre-monsoon showers in Kerala in May and hastily announced the onset of monsoons. Afterwards, the unusual weather system that had brought the rains moved westwards into the Arabian Sea.

If the IMD is wrong in its forecast for the east and northeast, the region might be staring at a drought this season. Out of the eight north-eastern states, only Sikkim has got more than normal rainfall. The rest have deficits ranging from 6 per cent in Mizoram to 64 per cent in Manipur. Three districts have also seen more than 80 per cent less rainfall than normal which means that they have received next to no rains this season. Dhemaji in Assam, Churchandpur in Manipur, Kiphire in Nagaland have 86 per cent, 87 per cent and 86 per cent rainfall deficit. The overall number for east and northeast India stands at 27 per cent.