Indian courts will take between nine and 33 years to clear a backlog of cases for violations under several environmental laws at their current pace, showed Down To Earth’s State of India’s Environment 2020: In Figures, released on June 4, 2020.

Nearly one-and-a-half years will be taken to clear more than 35,000 pending environment cases at the current rate of disposing cases, the report showed.

The wait period shoots up to a worrying 33 years under the Air and the Water (Prevention and Control of Pollution) Act, the report — which analysed environment crimes data from 2018 released by the National Crimes Records Bureau — pointed out.

Similarly, courts will take over 30 years to dispose of cases under the Environmental (Protection) Act at their current case disposal rate.

The slow pace of the courts can also be understood by the fact that 45,008 environment cases were pending from trial at the start of 2018. 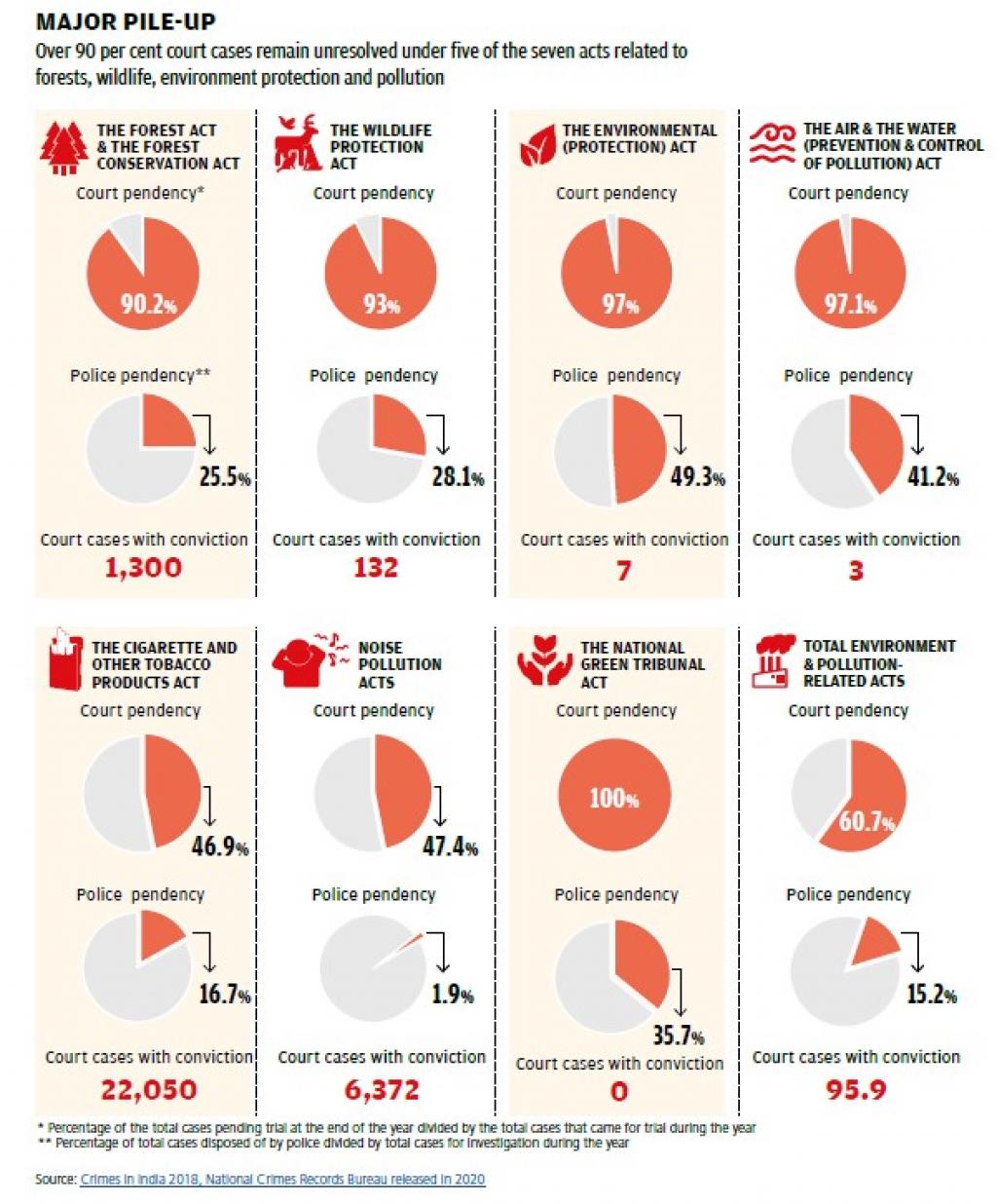 All 73 cases registered under the National Green Tribunal were pending trial by the end of 2018. Similarly, just 20 out of 665 court cases under the Environment (Protection) Act went to trial.

Three of the 103 cases registered under the Air and the Water (Prevention & Control Pollution) Act, 1981 went to trial in the entire year.

Courts currently dispose 85.68 cases a day on average, the bulk of which are offences under Cigarette and Other Tobacco Products Act. It needs to increase the rate case disposal rate to 132.16 cases a day to clear the backlog in a year.

In the case of Forest Act, the disposal of cases rate has to increase over 10 times to 51.18 cases a day from the current 5.56 cases a day.