All encroachments to be immediately removed; Administration would have done it by now if squatters were from poorer sections of the society, HC notes 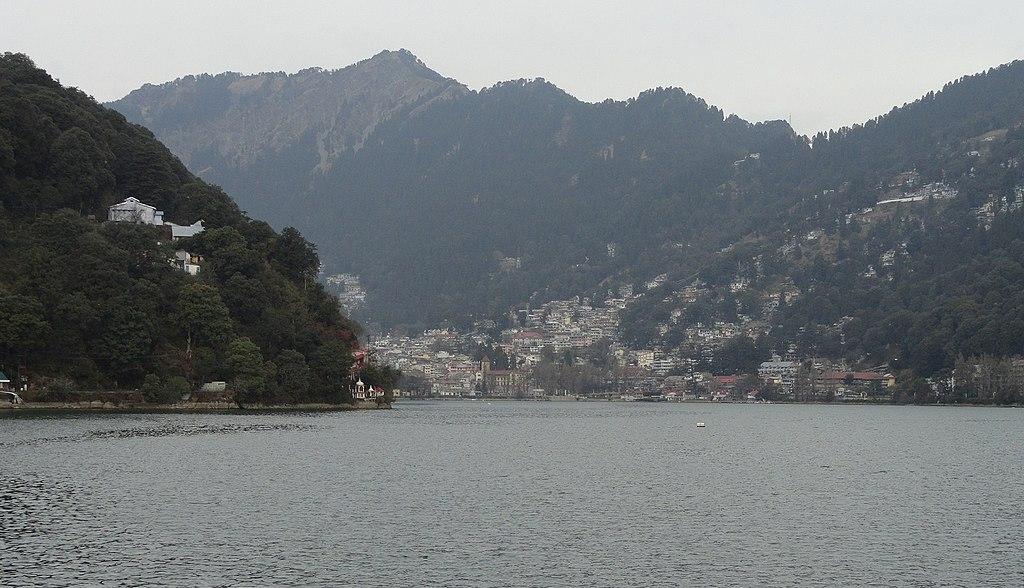 The main recharge zone of the Naini lake is Sukhatal, a seasonal lake situated 50 metres above it. Photo: Wikimedia Commons

The High Court Of Uttarakhand recently directed the state government to stop all construction activities on the bed of a lake in Nainital. The court was hearing a Public Interest Litigation (PIL) suo motu on preserving Sukhatal.

A Bench of Chief Justice Vipin Sanghi and Justice RC Khulbe issued notices to the State Environmental Impact Assessment Authority and the State Wetlands Management Authority. All encroachments in the area were ordered to be removed.

“The administration would have removed the encroachments by now had they been from the poorer sections of the society,” the division bench also noted.

Read more: This UP lake continues to stink despite over Rs 300 cr spent on cleaning it

The PIL was initiated by the court March 2, 2022 on the basis of a letter written by a retired professor from Kumaun University, Anil Bisht, along with the support of 104 other people last year.

The petitioners pleaded with the HC to take suo motu cognisance, claiming “ongoing destruction on Sukhatal in the name of development”.

The petitioners sent the letter after the Nainital administration planned to redevelop Sukhatal, a catchment area less than one kilometre from the renowned Naini Lake.

Allegedly, the local administration had planned to turn it into an artificial waterbody, making the lakebed impermeable. The court had appointed an amicus curiae to look into the matter.

“We find a very serious question to be answered in this case…. Since the matter is very urgent, it shall be listed on each date of listing of PILs, as a fresh admission matter,” the court had said in its order on March 2.

The main recharge zone of the Naini lake is Sukhatal, a seasonal lake situated 50 metres above it, research by National Institute of Hydrology, Roorkee said in 1995.

The Sukhatal lake covers an area of two hectares and absorbs water during the monsoons, which recharges the Naini lake during the dry seasons.

More than half of inflow to Naini Lake is through subsurface, to which Sukhatal is a contributor, another study carried out jointly by NIH and the Indian Institute of Technology, Roorkee, found in 2008.

Sukhatal contributes 40-50 per cent out of the total subsurface inflow to the Naini lake, according to The Hydrological Studies of Naini Tal, Kumaon Himalayas, Uttar Pradesh by the National Institute of Hydrology Roorkee, 1998.

“Due to unbridled construction activities in the recharge zones of Naini Lake in Nainital, its natural feeder (Sukhatal) springs around the lake have been damaged,” Ajay Singh Rawat, who had filed a PIL (Writ Petition No 31) in the Uttarakhand High Court in 2012 had told Down To Earth in 2017.

Around half of the 60 natural springs whose water used to come to the lake have dried up. Moreover, the discharge of water in the remaining springs has reduced drastically, he had added.