UN member states committ to mainstreaming biodiversity, climate change and pollution concerns into all policies at the ministerial declaration adopted at the UN Environment Assembly 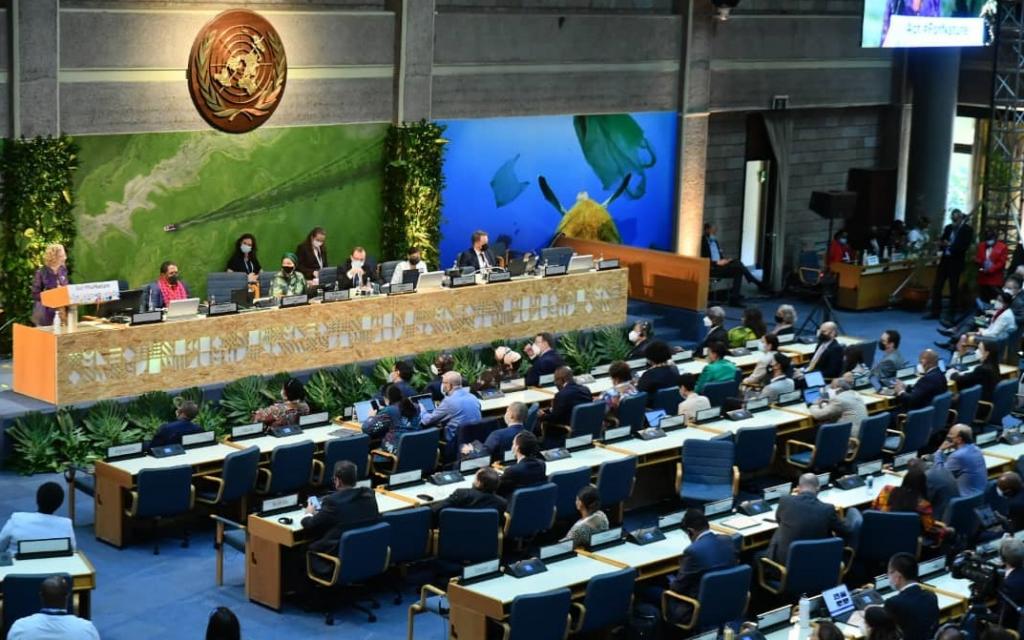 The resumed high-level session of the United Nations Environment Assembly concluded in Nairobi recently, with the adoption of the Ministerial Declaration reflecting concerns of the UN member states on the risk for future pandemics and other health risks, if the destruction of nature continued at an unprecedented rate.

The declaration by environment ministers titled Strengthening actions for nature to achieve the SDGs, stressed the urgent need to halt the global decline of biodiversity and the fragmentation of habitats.

Adopted after two years of discussions and deliberations, the ministerial declaration acknowledged the pivotal role of nature for social, economic and environmental sustainable development.

In April 2020, UN member states were asked to share their views for addressing overarching theme of the high-level segment of UNEA Strengthening Actions for Nature to Achieve the Sustainable Development Goals.

A draft document prepared on the basis of the views shared by the member states was used to create a zero draft, October 2020. On December 13, 2021, the first full draft ministerial declaration was shared by the United Nations Environmental Programme president with all member states and stakeholders.

It said this citing concerns raised by Intergovernmental Science-Policy Platform on Biodiversity and Ecosystem Services on over a million animal and plant species threatened with extinction.

Even as the UN member states voiced these concerns over threat to biodiversity, the Intergovernmental Panel on Climate Change (IPCC) also flagged the impact of changing climate on extinction of plants and animal species in its recent report.

The ministerial statement called for enhanced protection of habitats and wild animals in view of the risks of lethal pathogens spreading to human population.

The environment ministers, in their statement called for integrating ecosystem protection with public health policies.

World-wide, about one-fourth of the total land area has been degraded according to UN estimates. While flagging their concerns over the impact of land degradation, desertification and droughts, especially in the most vulnerable countries, the ministers in their declaration called for recognising practices which restore land and soil.

These also have the potential to bring about positive socioeconomic change, protect ecosystems, facilitate climate adaptation and act as an accelerator for achieving several Sustainable Development Goals too, said the ministerial statement.

The environment ministers, on behalf of the UN member states, acknowledged that the world failed to achieve the 2020 goal on sound management of chemicals, agreed under the Strategic Approach to International Chemicals Management.

But the unsound management of chemicals and waste continues to threaten the  environment and our health. COVID-19 added to the challenge through widespread use of single-use plastics and disinfectant chemicals, as well as economic challenges.

The pandemic has been held responsible for increasing pollution in the environment with harmful effect on human and animal health, according to studies.

There is a need for transformative policy framework  to address the environmental, economic and social challenges. It is also important for rechannelling financial flows to serve the attainment of the Sustainable Development Goals through innovative, holistic approaches that truly value nature, said the statement.

So, the UN member states including India, committed to promoting an inclusive and sustainable recovery, a green and just transition. This would contribute towards revitalizing economy, the livelihoods and ending poverty.

For this, they agreed to mainstream biodiversity, climate change and pollution concerns into all policies and tools.

They agreed to reduce carbon and non-carbon greenhouse gas emissions while adapting to climate change and its impact in line with the United Nations Framework Convention on Climate Change and the Paris Agreement.

Promoting and strengthening ecosystem-based approaches and nature-based solutions will be a key strategy to achieve the Sustainable Development Goals, stated the declaration.