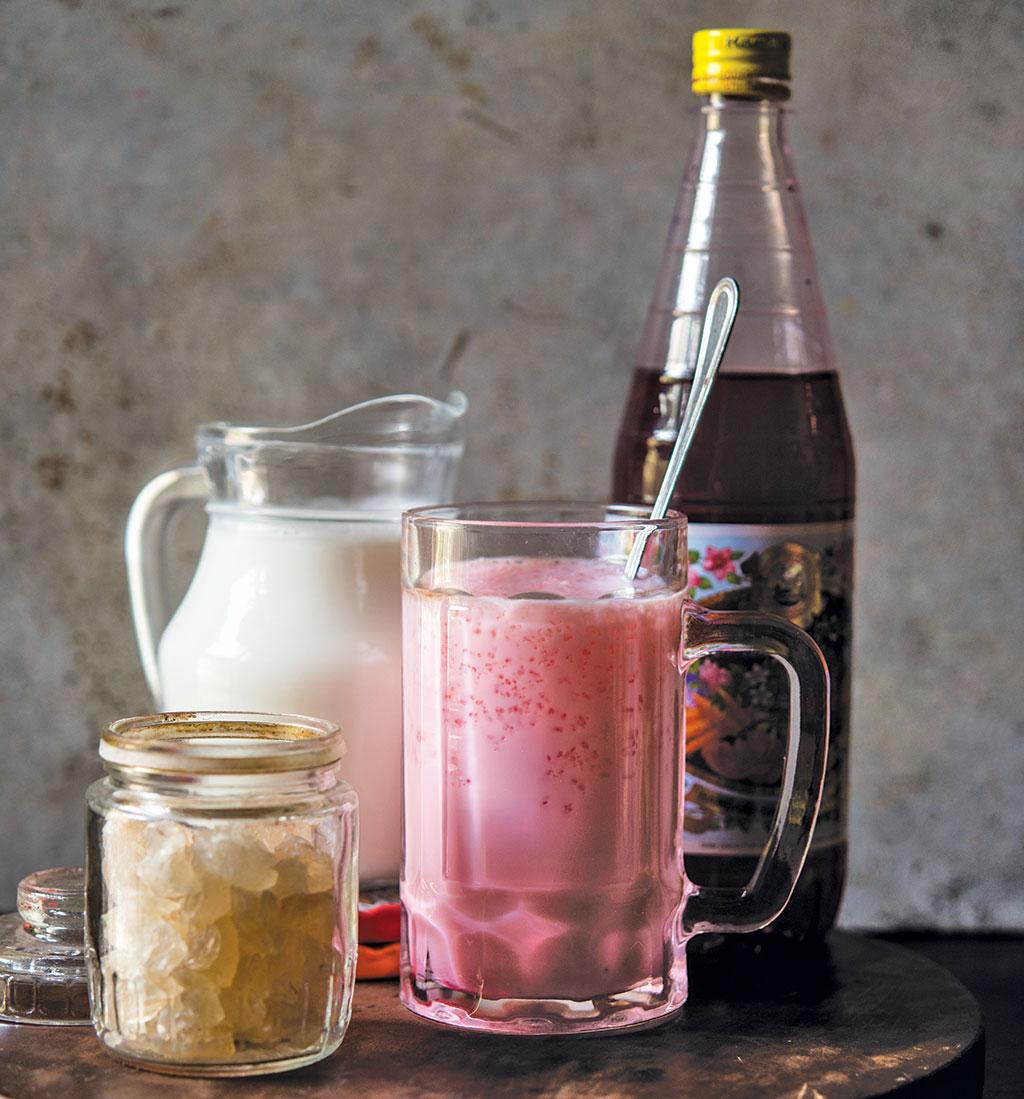 Gond katira is used to make hakimi sharbat in Punjab, Rajasthan and also in Pakistan. The summer drink has a cooling effect on the body (Photo: Sangeeta Khanna)

Back in the 1970s, the visits to my grandparents’ village in eastern Uttar Pradesh during summer holidays were always fascinating. In the orchards, we would collect gummy “tears”, or gond, from mango and neem trees and return home with sticky fingers. For us curious kids, the cues to what the gum was being used for were in the kitchen pantries, medicine boxes and dressing drawers. There used to be a couple of dibiyas (small brass boxes with lids) in which the gums were stored. Women used the mango gum to stick tikuli (dot, or bindi made of gold, silver and mother of pearl) on their forehead, while the neem gum was mixed with beeswax and smeared on cracked feet. People also used gum from the bael fruit to coat bamboo soop (a winnowing device) to prevent it from cracking and from weevil (a type of beetle) infestation. The village haat would have at least one vendor with a few dibiyas of gum for sale.

But the most important use of gums has been in preparing special foods. I did not correlate gond ke laddu with the natural sticky gum we extracted from trees till much later in life. These laddus were a regular food item during winters and we never realised that the gond would be called a superfood one day. A special version of these laddus, called sothoura in eastern Uttar Pradesh because of the use of sonth (dry ginger powder) in them, was made for new mothers to help them gain strength. Sothoura is made using gum acacia (also known as gum arabic) secreted by the various species of acacia tree (see recipe). Elders say that sothura helps shrink the uterus and increases lactation.

Another healing tonic preparation made in villages is gond ka halwa, which is said to improve virility and masculinity. The ingredients are gum acacia, spices, nuts and ghee. Gum acacia is also considered good for bones, joints, connective tissues and boosts immunity. A paper published in the International Journal of Rheumatology in July 2018 says that gum acacia reduces the effect of inflammatory markers in rheumatoid arthritis patients. Another study, published in Nutrition in 2012, suggests that gum acacia is a potent probiotic agent and improves the gut flora. It also decreases plasma cholesterol, has an antioxidant effect and protects against hepatic and cardiac toxicities. 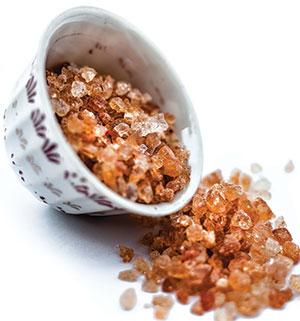 I discovered another type of edible gum a few years ago at a grocery store in New Delhi’s Karol Bagh area. While billing, the gentleman at the counter questioned my choice, saying that the gum I had picked was used in winters, and suggested another one for summers. This was gond katira, or gum tragacanth, secreted by the Astragalus gummifer shrubs. Vendors in old Delhi markets say that gum tragacanth comes from Afghanistan and Pakistan, while gum acacia comes from Rajasthan and Pakistan.

Gond katira is used for making hakimi sharbat in Punjab, Rajasthan and Pakistan. It has a cooling effect on the body and is sold in summers (see recipe). When soaked in water, the gum crystals bloom to become a jelly. The jelly can be mixed with chopped nuts, raisins and gulkand (sun-cooked rose jelly) to make a cooling dessert that looks quite drab but can give all the trifles a run for their money. It does not even need sugar, but one can add as per taste.

These days, gum tragacanth is also used as a common additive in food products as a thickener and an emulsifier. But what many do not know is that it helps flush out fat from the body and improves gut health. It helps treat diarrhoea and constipation and can be part of the regime for treating irritable bowel syndrome. It is good that our traditional foods and eating habits have survived and ensure our well-being in a natural way.

(This article was first published in Down To Earth's 1-15 February, 2019, print edition)