Rising food prices fuelled this upward trend, with the cost of a healthy diet increasing by 3.3% in 2020 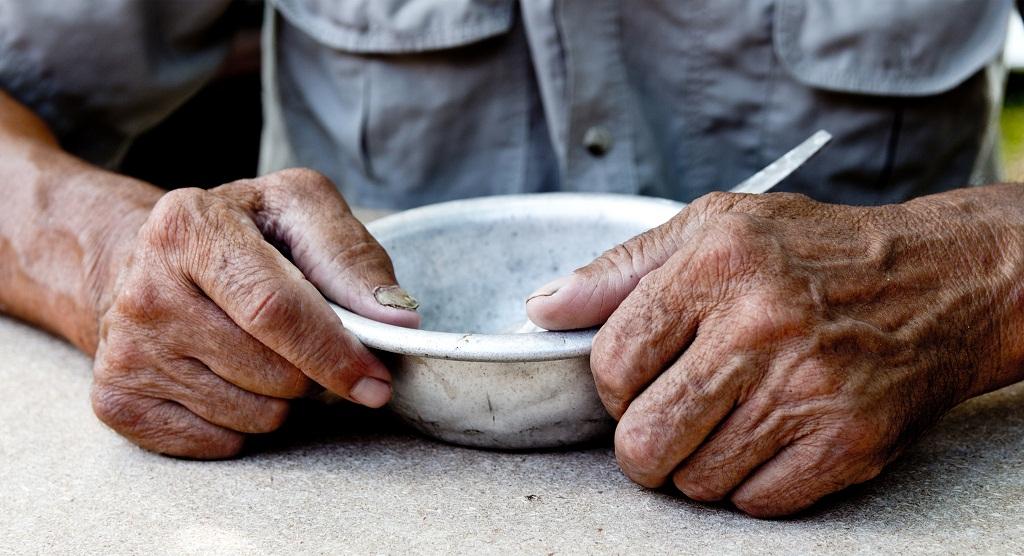 India’s poor performance is in resonance with its 107th rank in the Global Hunger Index 2022. Photo: iStock

Some 973 million people of the three billion who could not afford a healthy meal in 2020 resided in India. This accounts for 70.5 per cent of the country’s population. The global figure has increased by 112 million more people than in 2019.

Rising food prices fuelled this upward trend, with the cost of a healthy diet increasing by 3.3 per cent in 2020, according to the United Nations Food and Agriculture Organisation (FAO).

Visual Capitalist — a data-driven content visualising platform — mapped the findings using the FAO data and revealed a granular understanding of the statistics. 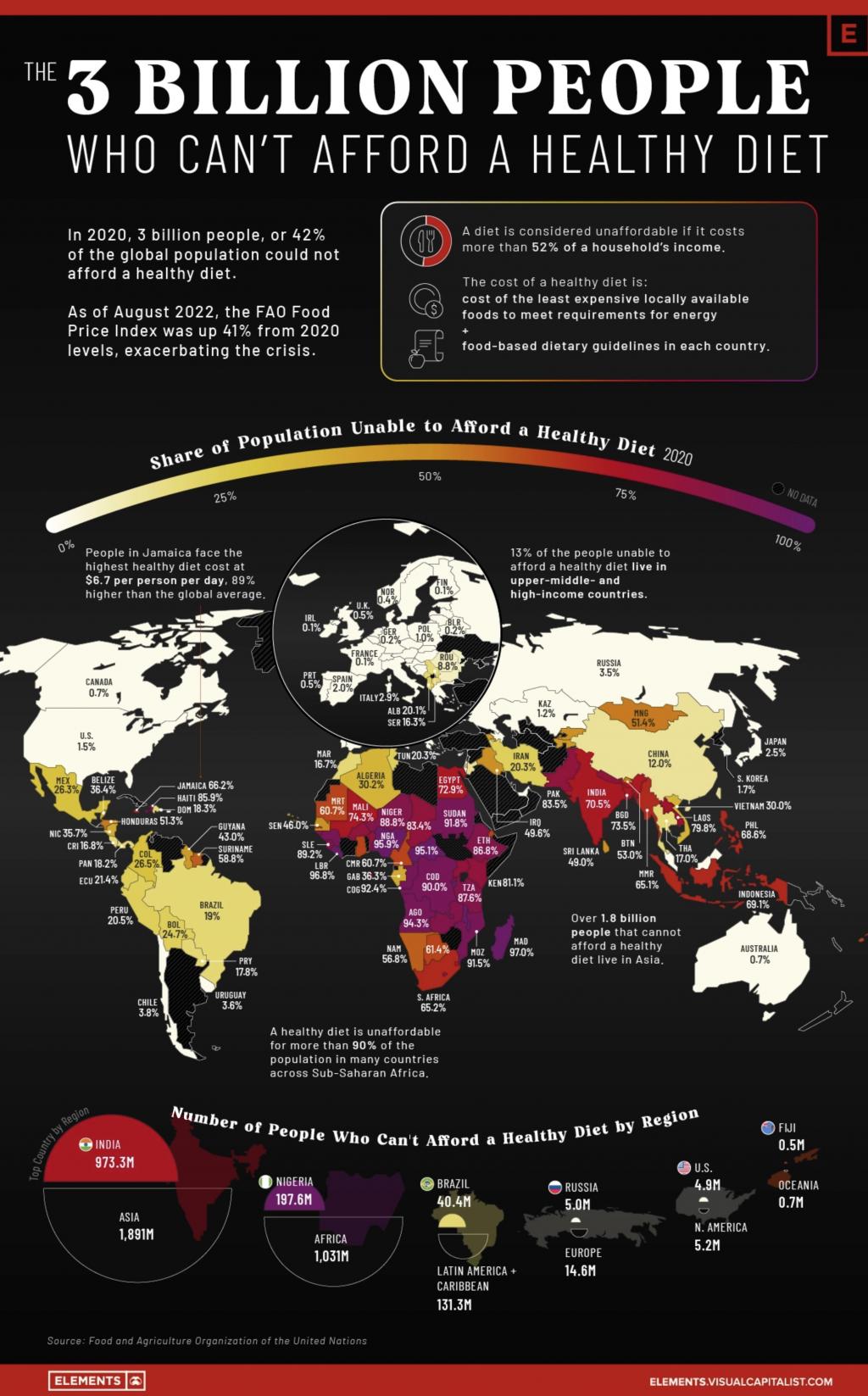 India’s poor performance is in resonance with its 107th rank in the Global Hunger Index 2022 — slipping six positions — on a list of 121 countries. The Union government is currently disputing the categorisation citing discrepancies in the methodology of calculating the indicators.

India has consistently been among the worst performers. Some 1,002.5 million people in the country could not afford a healthy diet (74.9 per cent of the population) in 2017, according to the FAO’s report titled State of Food Security and Nutrition in the World 2022.

Food insecurity in low-income countries is bound to continue worsening unless income levels — already hit by the pandemic — increase at the same rate.

But what is a healthy diet and how is its affordability calculated?

The World Health Organisation (WHO) defines a healthy diet as one that prevents non-communicable diseases, all forms of malnutrition and promotes growth and development.

“A healthy diet is one that meets daily energy needs as well as requirements within the food and dietary guidelines created by the country,” Govind Bhutada of Visual Capitalist wrote in the World Economic Forum.

Affording a healthy diet is dictated by the income level of a country. “If the cost exceeds 52 per cent of an average household’s income, the diet is deemed unaffordable,” Bhutia wrote.