The deal opens a path for significant volumes of commercial food exports from three key Ukrainian ports in the Black Sea namely Odesa, Chornomorsk and Yuzhne 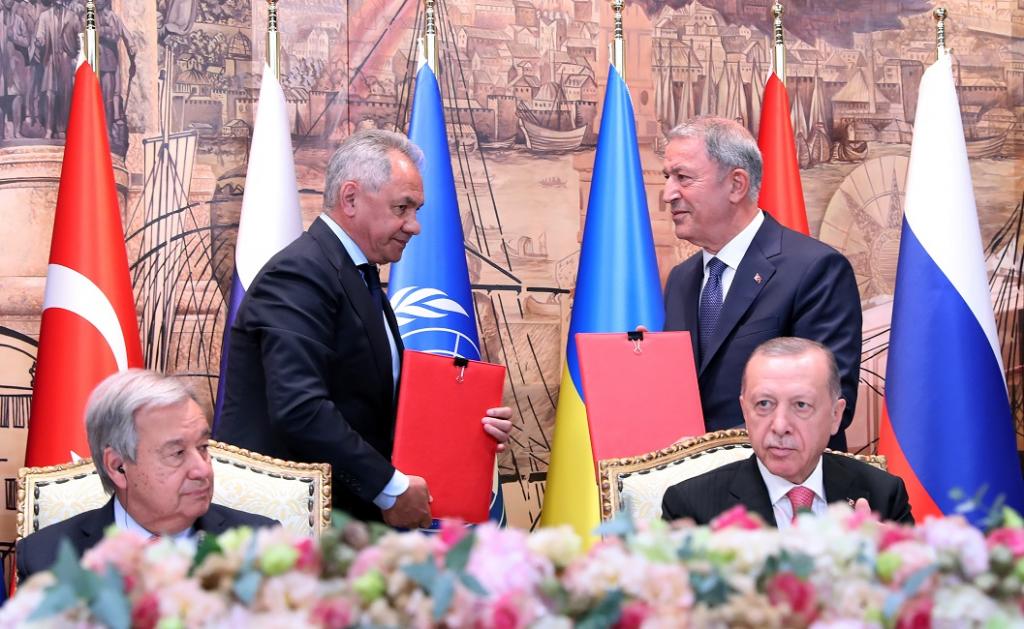 Russia and Ukraine signed a landmark deal in Istanbul July 22, 2022, to allow the resumption of Ukrainian grain exports from ports on the Black Sea. Russia has blockaded the ports since the start of its invasion of Ukraine February 24 this year.

The agreement was signed by ministers from both countries in Istanbul, Turkiye, which brokered the deal along with the United Nations. UN Secretary-General Antonio Guterres and Turkiye President Recep Tayyip Erdogan were present at the signing of the deal.

Guterres called the agreement a beacon of hope, possibility & relief. “It will help avoid a food shortage catastrophe for millions worldwide,” he tweeted.

The secretary-general said the agreement “took immense effort and commitment by all sides. It must be fully implemented — because the world desperately needs it to tackle the global food crisis.”

The UN will remain closely involved in working for the agreement’s success, he added.

The execution and supervision of this crucial plan will be handled by the joint coordination centre to be established in Istanbul. Undoubtedly, the success of the plan depends greatly on the international community’s support.

“Additional price hikes owing to productivity losses from the heat wave and drought will be avoided as a result of this step. We also help control food inflation, which has become a global problem,” he added.

“Specifically, the initiative we just signed opens a path for significant volumes of commercial food exports from three key Ukrainian ports in the Black Sea — Odesa, Chornomorsk and Yuzhne,” Guterres said in a statement.

According to a report by CNN International, “grain ships would navigate through a safe corridor in the Black Sea under the direction of Ukrainian pilots and then pass through the Bosphorus strait in order to reach global markets”, as part of the deal.

Vessels would be inspected before they arrive in Ukraine by Russian, Ukrainian and Turkish officials, to ensure weapons are not being smuggled into Ukraine, the international news network added.

The ships will be monitored by the joint coordination centre to be set up in Istanbul. The centre will include representatives from Ukraine, Russia and Turkey.

The Black Sea region, which includes Russia, Ukraine and Kazakhstan, is one of the world’s six food baskets. Russia is the world’s largest wheat exporter while Ukraine is sixth on the list. 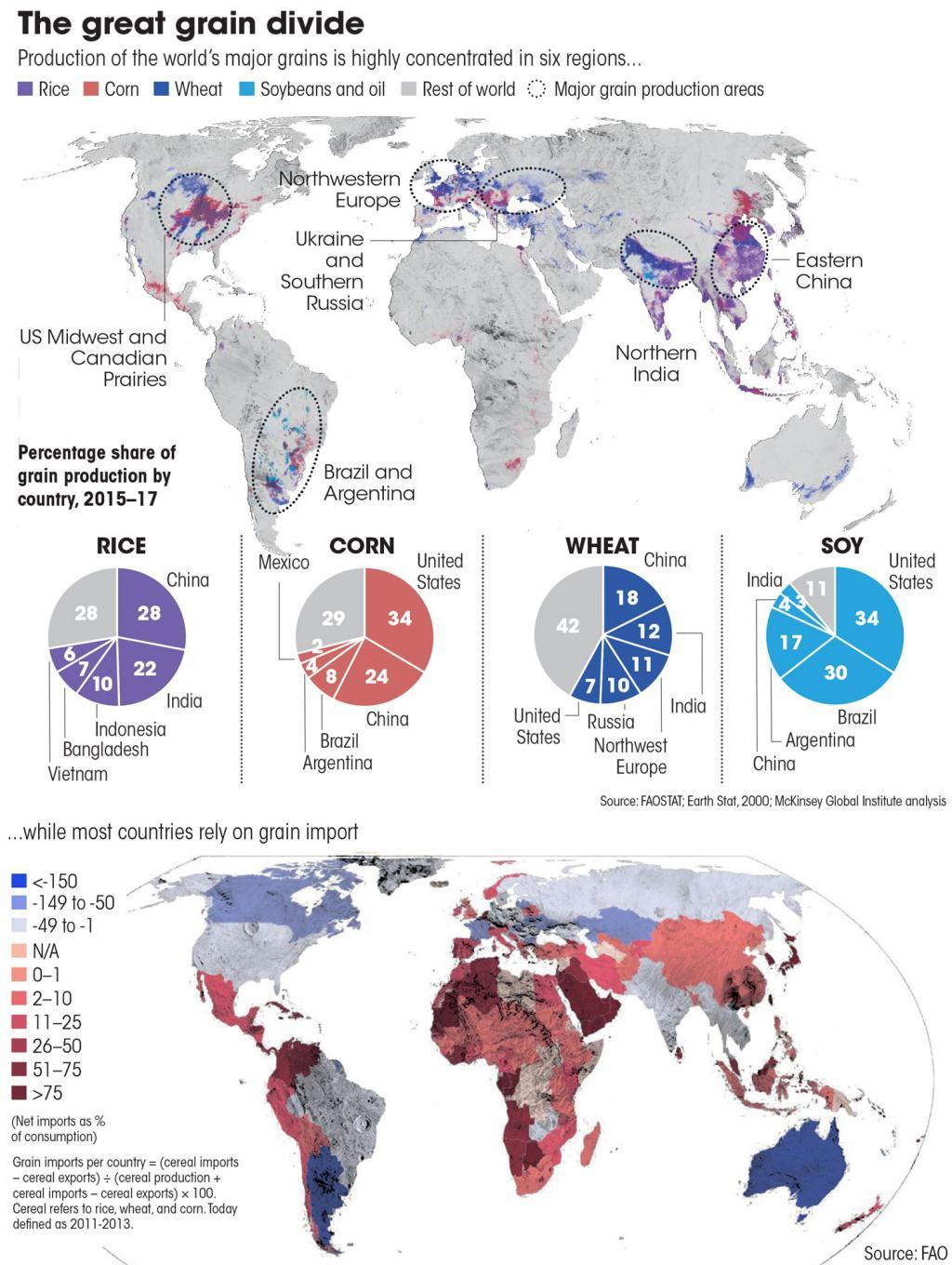 Together, the two warring countries produce 12 per cent of all food calories traded globally; control 29 per cent of global wheat exports, 19 per cent of maize exports, and 78 per cent of sunflower oil exports.

Some 50 countries depend on Russia-Ukraine for their food supply, particularly for wheat, maize and sunflower oils. The majority of these are poor and import-dependent countries in Asia and Africa.

Of the 53 countries or territories that faced food crisis last year, 36 depended on Ukrainian and Russian exports for more than 10 per cent of their total wheat imports, as per an analysis by Washington DC-based International Food Policy Research Institute.

In terms of food supply, in 2019 wheat and wheat products represented 408 kilocalories per capita per day in the countries facing food crisis.

In east Africa, where wheat and wheat products account for a third of the average cereal consumption, 90 per cent of the wheat imports come from Russia and Ukraine, the UN World Food Programme noted.