Snack, curry or soup, be spoilt for choice with the nutritious vadiyaan 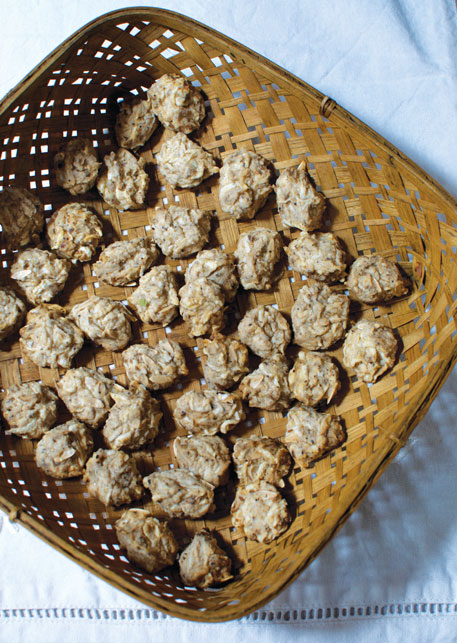 During a recent trip to Uttarakhand, I was walking through the village of Dhanachuli with a few friends. One thing that caught my attention was huge, yellow cucumbers dangling from trees and sturdy hedges. These cucumbers are so heavy that the village people use large trees and pieces of wood to support the vines. There is so much fruit in one season that a family is unlikely to finish the entire harvest.

Till now I had only seen my friends from south India make sambar, pachadi and curries using this large variety of cucumber. I was curious about its use in the hills and wanted to find out more when I came across a few women working in the fields. One of them surprised us with a fiery and delicious chutney made from pahadi kheera to be smeared on the cucumber batons we were enjoying as our hydrating snack.

The village residents use the harvest quite ingeniously. The raw, tender cucumbers are used to make raita and curry and the ripe, seeded ones are used to make vadiyaan. These nuggets are made by mixing the grated flesh and seeds of ripe, pahadi kheera with a paste of urad daal (black gram)and some basic spices. The mixture is then sun-dried. The urad daal ferments in the first three to four hours of sun-drying. While the pulp is rich in fibre, the seeds are rich in both fibre and omega-3. When cooked in a gravy, the pulp and seeds soak up enough water to become soft and delicious. An intelligent way to ensure nutrition through simple meals.

Vadiyan are the ultimate way to preserve abundant gourds, especially those that become fibrous as they mature. It brings the much needed umami flavour to food.

Even seasonal gourds and pumpkin are cooked with vadiyaan for great taste and added nourishment.

Almost every vegetable can be used to make vadiyaan. Pyaz vadiyon ki subzi can liven one’s palate after illness or when seasonal vegetables taste insipid during the rains. The slightly hot curry made with sautéed onions and vadiyaan is the spicy onion soup for the Indian soul. I have always loved Amritsari vadiyaan, and curries like aloo vadiyaan and pyaz vadiyaan were my favourite till I experienced the baingan vadiyaan from the Mithila region of Jharkhand. 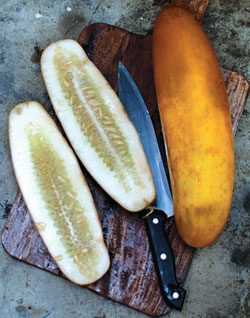 In the plains of central India, plain vadi with moong daal is called mungodi. Lauki aur mungodi ki subzi is a traditional way to churn out a special vegetarian treat in this region. In Madhya Pradesh, vadiyaan or bijoda is made using lentil paste, some seasoning and spices and a lot of mixed seeds like pumpkin seeds, sesame seeds, flax seeds and melon seeds. This bijoda is not curried like the regular Amritsari vadiyaan but is deep fried. A ready snack that can be enjoyed with tea.

Vadiyaan are popular in other states too. In Himachal Pradesh and Uttarakhand, the stem and leaves of the colocasia plant are used to make vadiyaan. Colocasia grows in abundance along the rivers and rivulets in the mountains. The stems are chopped and mixed with urad daal paste to make patodbadi, as vadiyaan are called in Uttarakhand. The same vadiyaan with slightly different seasoning are called sepubadi in Himachal Pradesh.

Another variety that is prepared in Jharkhand and Odisha is miniature drop-shaped vadiyaan called tilouri with a lot of sesame seeds embedded in them. This is a mixture of urad daal paste, salt and sesame seeds. The paste is piped on a dry cloth and sun-dried. The tilouris are deep fried and served with rice and daal as an accompaniment like papad.

Vadiyaan are usually made with a paste of urad daal as the slimy nature of this lentil holds the ingredients together to form a disc-like shape. Urad daal is the most nourishing of all lentils grown in India. Plain urad daal in itself is considered flatulent because of its high phytic acid content, but vadiyaan make it more digestible owing to the fermentation and prebiotic fibre.

As I write, I am reminded of matar ki vadiyaan cooked by my grandmother whenever there was a surplus of peas. Matar ki vadiyaan was added to a simple aloo matar ki subzi. In those days, peas were used in many ways. In today’s convenient times of frozen green peas, we do not think of using matar in any other way apart from adding them to pulao and curries. My grandmother also made vadiyaan with grated ash gourd together with its seeds and urad daal paste. Lightly fried vadiyaan pounded with raw garlic pods, lime juice and salt served as a delicious chutney.

Vadiyaan brought flavour to everyday meals, and each family had its favourite style. Adding variety to food was easier back then. There was no need for stock cubes or packaged spices that today come loaded with preservatives to extend their shelf lives. To extend the shelf life of sun-dried vadiyaan by more than a year, some women dried them in the sun in the next season as well.

Vadis can be made and used in a variety of ways. Bengalis are quite creative. The plain urad daal vadiyaan are called bori in West Bengal. Crisp, fried vadiyaan are often sprinkled over some curry and enjoyed with boiled rice. It has become a celebrated tradition in the state for women to make vadiyaan before Durga puja. Special vadiyaan are also made during the harvest season. These are called goyna bori (or ornament vadi), and are shaped like delicate motifs of ornaments like pendants or ear studs. Motifs of paisley, flower or paddy inflorescence are also carved out and sun-dried. These are more of an occasional treat for esteemed guests, particularly for son-in-law, and for festive occasions.

Sangeeta Khanna is a food and nutrition consultant