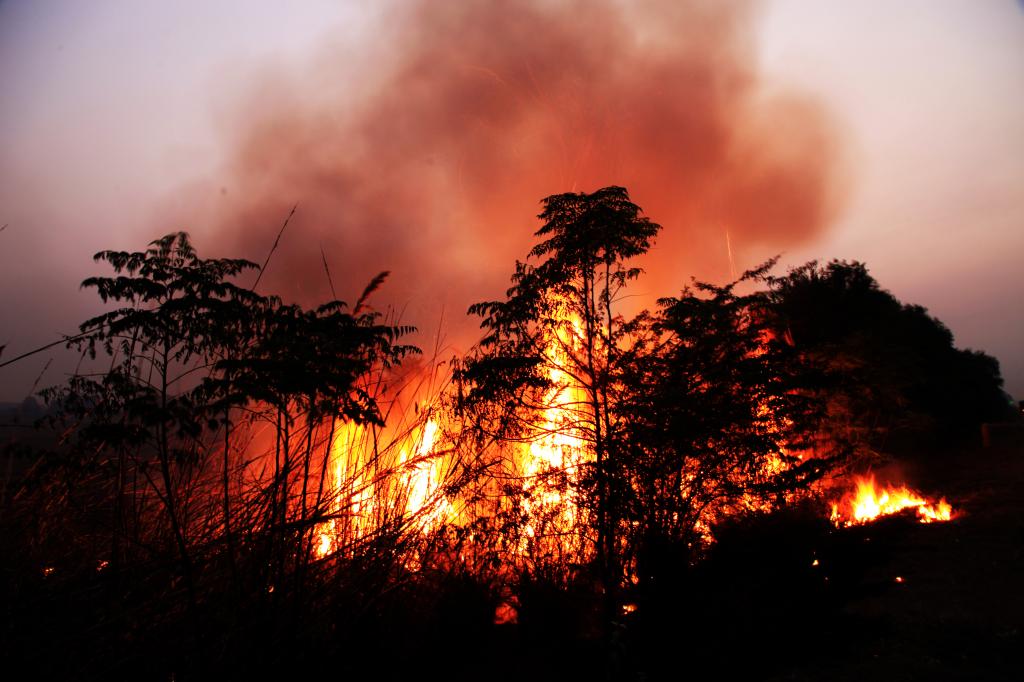 At least 258,480 forest fires were reported during the same time in 2018-19, and were the second-highest so far, according to data presented by Ashwini Kumar Choubey, minister of state in the Union environment ministry, in the Rajya Sabha December 16, 2021.

Forest fires break out in India from November-May every year due to various natural and anthropogenic reasons including accumulation of inflammable materials such as dry leaves, twigs, pine needles, etc.

This is 2.7 times more than the fires reported between November 2019 and June 2020. This includes large, continuous and repeated forest fires.

The country has seen this increase after a decrease in forest fire counts in the last two most recent forest seasons — November 2018-June 2019 and November 2019-June 2020.

Uttarakhand recorded the sixth-highest fire counts in the country; incidences were up 28.3 times this forest fire season compared to last.

While forest fires are a recurring and common phenomena, their frequency has been on the rise in the state over many years.

There were 21,487 incidents of fire in Uttarakhand’s forests between November 2020 and June 2021. The figure for the same period in the previous year was 759.

This could be seen as another manifestation of climate change. SoFR, 2021 too acknowledged the link between climate change and forest fires, citing the global forest resources assessment 2020.

The report has mapped climate change hotspots in Indian forests based on projections for 2030, 2050 and 2080 and alerted that the state will record the maximum increase in temperature and possibly a decrease in rainfall.

Forests are managed by the state forest departments.