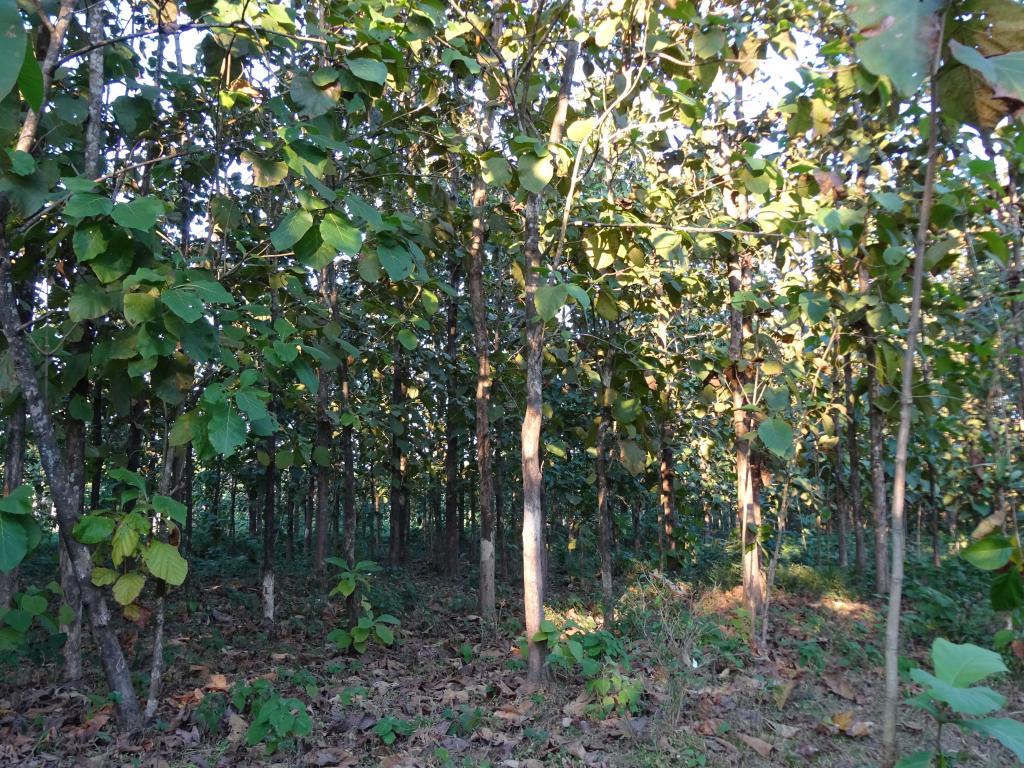 The idea of private investments in forest projects has returned: The Madhya Pradesh government has proposed to hand over acres of degraded forest to corporates for afforestation.

The state government based the proposal to hand over 37,420 square kilometres of degraded forest lands to private companies on a concept note (a summary of the project) prepared September 23, 2020. It was titled: Concept Paper on Private Investment in Rehabilitation of Degraded Forest in Madhya Pradesh.

It said the restoration of the degraded forest land would require an investment of Rs 56,130 crore and the government would not be able to afford it on its own.

A degraded forest is a patch of forest with a canopy density of 40 per cent or less.

The proposal, however, was mooted by the state Principal Chief Conservator of Forest and forest services chief, Rajesh Srivastava, in a letter to all regional forest department officials on October 20, 2020. Srivastava sought comments on the proposal within 15 days.

But experts have flagged several legal issues in the proposal.

“What is the nature of degraded forests? What is their land use? The Forest Survey of India data does not talk about degraded forests. So how is the Union environment ministry reconciling open forests with the degraded ones and without relevant data or land use pattern?” said Souparna Lahiri, climate policy advisor, Global Forest Coalition, an international coalition of non-profits and indigenous peoples’ organisations.

The idea of inviting private investment in forest projects in the state started with the Kamal Nath government in 1992, when he proposed to give 1.7 million hectares of forest land to private players for captive consumption of paper and pulp industries.

What does the proposal say?

The objectives of the proposal are:

The state government would auction a company to undertake the project for 30 years under the proposal. The company would have the rights over forest produce during this period. At least 50 per cent revenue from the sale of the forest produce would go to Gram Sabha or JFMC.

The reserved or protected forests — where 60 per cent or more area has less than 20 per cent canopy density — would be chosen during the first phase of the process, according to Srivastava’s letter.

Forest land patches between 500 and 1,000 hectares would be created as working units; a distance of 10 kilometres would be maintained between two units, according to the proposal.

The units would have to be free of encroachment and in case there is revenue land adjacent to the working unit, the government would try to include that as well.

The proposal would have to be approved by the Government of India.

For the companies to undertake investment in forest areas, the provisions of the Scheduled Tribes and Other Traditional Forest Dwellers (Recognition of Forest Rights) Act 2006 (FRA) and MP Panchayat Raj Avam Gram Swaraj Adhiniyam, 1993 would have to be met, according to the concept note.

“Under the provisions of the FRA, 2006 and MP Panchayati Raj Act 1993, the forest dwelling communities have been given the right to manage the forests through its Gram Sabha. Therefore, to empower the local communities to collaborate with private entities, new guidelines must be issued by the Government of India to carry out reforestation activities on the degraded forest.”

However, the concept note did not say anything about areas where rights under FRA are not settled yet.

He added that the involvement of Gram Sabha (village councils) also meant rights holders be also engaged in proposal development, planning and implementation.

Moreover, the process would require a tripartite agreement between the state government through the state forest department, Gram Sabha through JFMC and private entities.

“The proposal of opening up forests for the private sector is in violation of FRA and Panchayats Extension to the Scheduled Areas (PESA) Act, 1996. The forest areas are now recognised as community forest resources; adivasi communities and the Gram Sabhas have statutory rights and the authority for governance on them. Hence, the state forest department cannot give away the forests to private companies,” said Tushar Dash, who researches on FRA.

He added: “JFMCs have no legal sanctity after the implementation FRA. While FRA talks about ownership, the JFMC model is about joint management. This is a major violation of FRA.”

The Madhya Pradesh government has a long history of trying to get private companies to invest in forests.

In 1992, Kamal Nath, the then minister of state for environment and forests, proposed to give 1.7 million hectares of forest land tp private players for captive consumption of paper and pulp industries. A proposal was made to the cabinet committee on economic affairs to amend policies that barred the government from granting land for captive plantations.

In 2015, the MP government  tried to allow private players to enter forests. This was later incorporated by MoEF&CC in the draft of the National Forest Policy, 2018 and in the draft of the proposed amendment to the Indian Forest Act, 2019. It’s unfortunate that this proposal is brought in again at a time when tribals are facing severe distress due to the novel coronavirus disease (COVID-19) pandemic.

He added that the proposal needed to be transparent on how the provisions of the FRA, Compensatory Afforestation Fund Act and Green India Mission are being integrated; along with details of source of funds, the end users and the mechanism for benefit sharing between the forests rights holders and private players involved.