Similipal fire: Lives and livelihoods of Mankidia tribals in distress

The Mankidia tribe earn by collecting and selling siali fibre from Similipal forests; the fire has badly impacted their livelihood 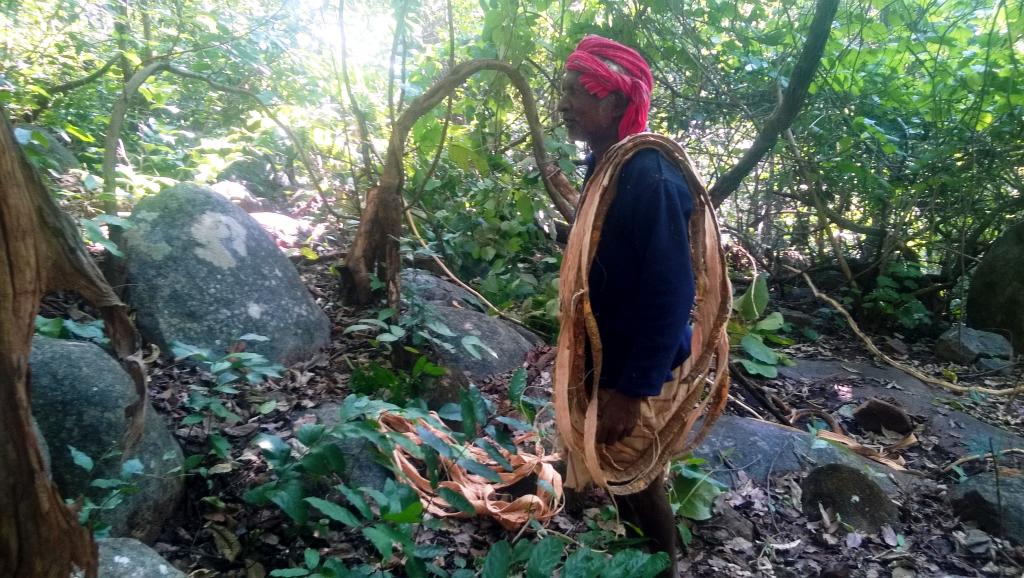 Mankirdia of Durdura village collecting siali fibre. Their livelihoods have been affected by fire in Similipal. Photo: Hemanta Kumar Sahoo

The Similipal Tiger Reserve has been on fire since February 11, 2021. Among the communities affected are two of the 13 particularly vulnerable tribal group (PVTG) in Odisha — Mankidias and Khadias — that have lost their livelihoods to the inferno.

These tribals collect siali fibre and wild honey from the Similipal forest. “Wild honey and siali fibre are seasonal. We sell them off from March to June, but it would be difficult this time because of the forest fire,” said Dhaneswar Mahanta from CREFTDA, an agency that works with governments, non-profits and communities.

“Siali fibre is the means of our livelihood. We can’t survive without it. We make ropes and bags using it,” said a woman belonging to the Mankidia tribe in Durdura village.

Nearly 250 people from the tribe live in nine villages located on the fringes of Similipal. Their livelihoods were affected in 2020 due to the novel coronavirus disease (COVID-19) as well. Social activists have demanded that immediate help be provided to these groups.

“Villages in Baunsanali Gram Panchayat have been able to save their community forest resource areas from the fire. This was because of the more united and stronger Gramsabhas, possible only after their rights were recognised under The Scheduled Tribes and Other Traditional Forest Dwellers (Recognition of Forest Rights) Act, 2006, and support extended by Maa Budhipat Jungle Suraksha samiti (MBJJS), a local group of about 15 villages,” said MBJJSS secretary.

The attitude of the forest department keeps the youth away from the forest, he added.

Interdisciplinary research to enhance livelihood needs of forest people, recognition of their forest rights and an increased engagement in protecting and conserving Similipal Biosphere Reserve is the need of the hour.

The state forest department officials have been engaged in other works and are thereby neglecting forest protection and conservation as a prime responsibility. They also delayed recognition of forest rights to Gramsabhas in Similipal, said Deepak Pani from Gramswaraj, a non-profit.

Similipal hills serve as a life-support system for the tribals and tigers. It is a treasure house of nature with captive scenic beauty, the lush green valleys, the majestic Sal and the stream and rivulets cascading down the hills. Then there is flora and fauna as well.

Hilly areas of Similipal are the original home of many ethnic groups such as Birhors, Hill Khadias and Mankidias. Among the other tribal communities found in Similipal are Santal, Kolha, Bathudi, Mahali, Bhuyan, etc.

Apart from Royal Bengal tiger, there are leopards, hyenas, foxes, sambars, chitals, elephants, bisons, baring deer, avifauna, herpeto-fauna and amphibians. Their lives have also been threatened due to the ongoing fire.