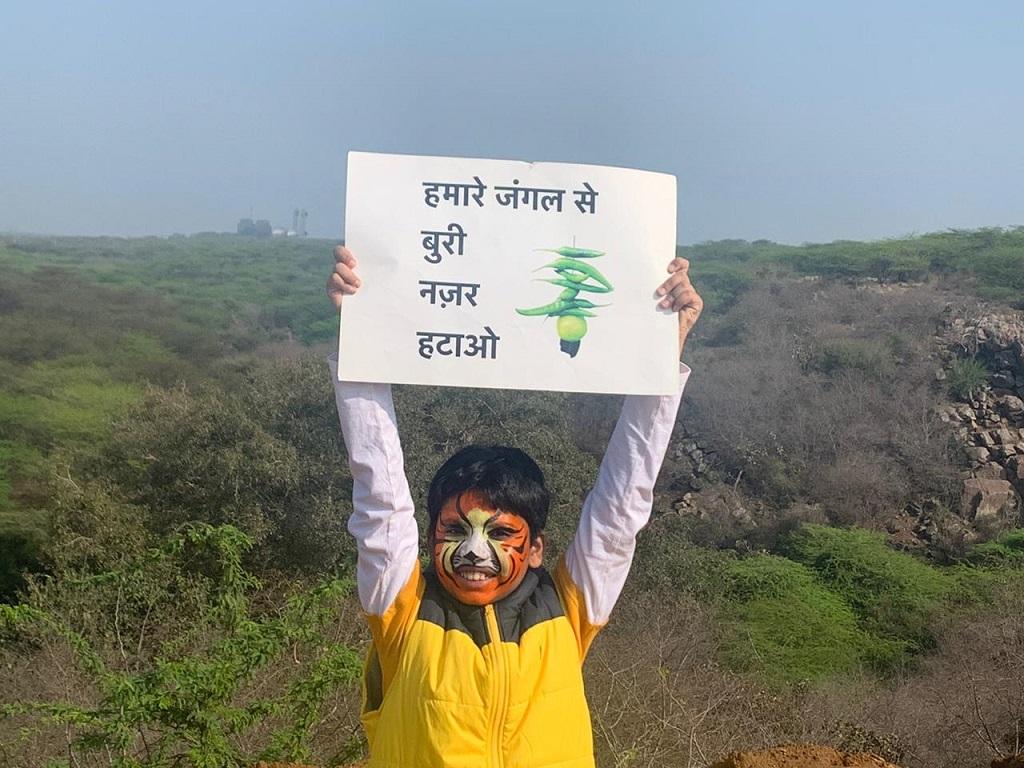 “Keep your 'evil eye' away from our forests”. Photo: Aravalli Bachao Citizens Movement

The group raised these concerns in a position paper addressed to Khattar and Bhupender Yadav, the Union minister for Environment, Forests and Climate Change January 19, 2023. It listed seven objections to the project planned in Haryana’s Gurugram and Nuh districts, and made recommendations to preserve the fine balance of the region’s biosphere.

The Aravalli safari project is being conceived and designed as a zoo safari and not a natural jungle safari to see native Aravalli wildlife in their natural habitat, said Ritika Dubey, a member of the Aravalli Bachao Citizens Movement, adding:

The aim of this project is to increase tourist footfall in the state and to increase government and private investment in the tourism sector. Conservation of the Aravallis does not even get a mention in the aims of the project mentioned in the tender.

Apart from increasing human footfall, vehicular traffic and construction in the area, the proposed safari park will also disturb the aquifers under the Aravalli hills that are critical reserves for the water-starved districts.

The groundwater level in the Gurugram and Nuh region have been categorised as “overexploited” by the Central Ground Water Board, the experts and activists wrote in their position paper to the ministry. In Nuh district, the groundwater table is already below 1,000 feet at many places; the tube wells, borewells and ponds are running dry; Gurugram district has many areas in the ‘red zone’, they added.

“These aquifers are interconnected and any disturbance or alterations in the pattern can significantly alter the groundwater table,” the paper noted.

The group has especially objected to the ‘underwater zone’ envisioned in the park since the site is a “water-scarce region”. 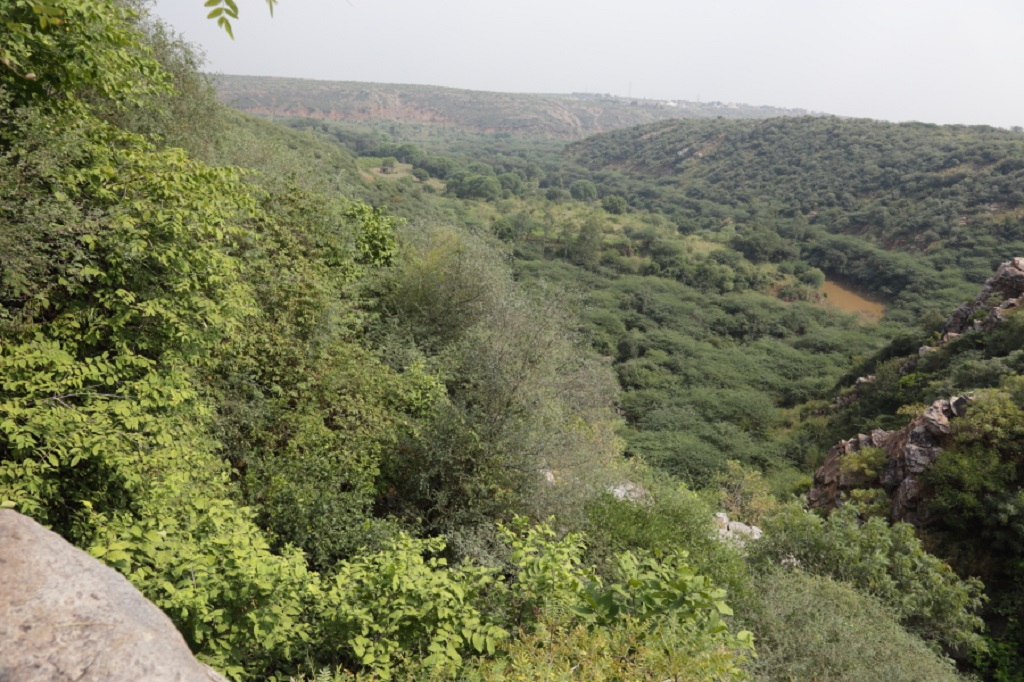 The vast expanse of the Aravallis. Photo: Aravalli Bachao

The location proposed for the Aravalli safari park project falls under the category of ‘forest’, according to many orders by the Supreme Court and the National Green Tribunal, and is protected under the Forest Conservation Act. As such, cutting of trees, clearing of land, construction and real estate development is prohibited on this land, the paper noted.

The expression of interest document prepared by the Haryana tourism department in May last year listed out the following structures that will be necessary for the project: Hotels, clubs, restaurants, auditoriums, entertainment parks, landscaped gardens, laying of electricity lines, road networks.

Not only will such construction damage the Aravallis ecosystem that is already damaged by mining, they’ll also be illegal, the group highlighted in the document.

The activists also questioned the necessity of an artificial park in the lap of nature. “Zoo safari with cages and enclosures in a natural wildlife habitat like the Aravallis, which has rich native fauna, does not make sense,” they wrote.

If the project comes to life, the park will be home to cheetahs and some other exotic animals and birds that are not found in the Aravallis, the paper mentioned. “Any relocation of a big cat like the cheetah would need extensive ecological research on the feasibility of doing so in an area primarily inhabited by leopards.”

The project is, moreover, “non-site-specific”, which means it can be developed in any other location where it will cause less damage, the group noted.