World Nature Conservation Day: These 5 communities of India preserve ecology in their own distinct ways 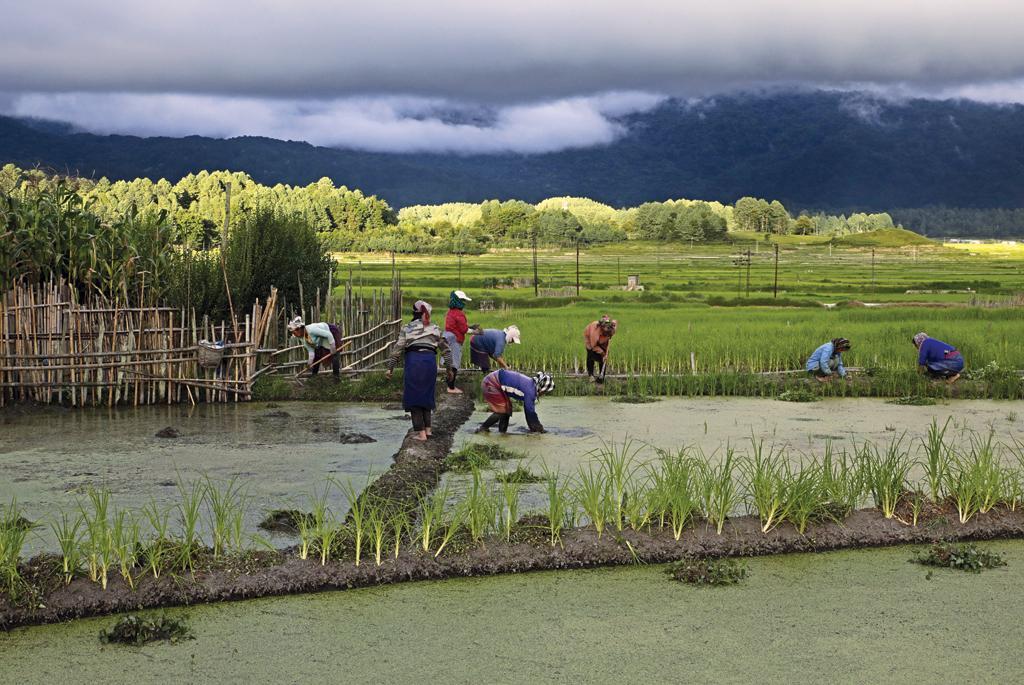 Today is World Nature Conservation Day. It is observed to increase awareness about the importance of preserving nature and natural resources in order to protect the Earth.

The main aim behind observing the day is protect various natural resources such as water, air, soil, energy, vegetation, minerals and animal life. The theme of World Nature Conservation Day 2022 is “Forests and Livelihoods: Sustaining People and Planet”.

The world’s indigenous peoples are the best custodians of natural resources, especially forests and wildlife.

A 2019 report titled Forest and Trees: At the heart of land degradation neutrality released in 2019 by the United Nations Convention to Combat Desertification noted that indigenous communities were the custodians of around 40 per cent of protected and ecologically intact landscapes and managed nearly 300 billion tonnes of carbon on lands owned by them with almost negligible investment.

READ Indigenous people not given their due for conserving forests: UNCCD report

In India too, indigenous peoples have proven to be the best stewards of nature. Here, we profile five communities across the length and breadth of the country, who preserve natural resources in their own unique ways.

The Bishnois are the stuff of legend. People whose women suckle antelope fawns and who are willing to give up their lives for the Khejri tree.

The Bishnois came in the national spotlight in 1998, when they reported how Bollywood star Salman Khan had hunted blackbuck near Jodhpur, while shooting for a film.

“This sect was founded by Guru Jambheshwar around 550 years ago in western Rajasthan. He gave 29 principles for humans to follow and worship every form of nature,” Sumit Dookia, Assistant Professor, Guru Gobind Singh Indraprastha University, New Delhi, told Down To Earth.

“He preached that God is a divine power that is everywhere, in each element of biodiversity on Earth. He also taught to protect plants and animals as they are important in order to peacefully co-exist with nature,” Dookia added.

Over the years, the followers of Guru Jambeshwar or Jambhoji came to be called Bishnoi, from Bish (20) and Noi (9), who follow all of his 29 principles.

Before Salman Khan, the Bishnois had distinguished themselves as protectors of natural resources back in September 1730.

The Maharaja of Marwar, Abhai Singh, had sent his soldiers to cut down trees in the Khejarli village in Jodhpur district. The trees were needed for the construction of a new palace.

But the residents of the village, led by a Bishnoi woman called Amrita Devi hugged the trees and refused to let the soldiers cut them. The angry soldiers massacred 363 villagers.

Dookia believes that with such a history and background, the Bishnois make for perfect guardians of nature.

“Even today, in the 21st century, the ethos of the Bishnois and the belief in Guru Jambeshwar’s teachings is so strong that one can see the landscape change when you enter any Bishnoi village,” he said.

READ The bucks stop with the Bishnois

The Khasis of Meghalaya are famous across India for their matrilineal social structure. What is less known is their devotion to nature and its conservation.

“I strongly believe the Khasis are among those communities who have a legacy of nature conservation. Khasi customary laws and practices allow for conservation of forests in the form of sacred groves,” Abhishek Chakravarty, assistant professor of law, Sai University, told DTE.

He added that these conservation practices were governed by the local village councils and had been a part of Khasi tradition since ancient times.

“The existence of the Sixth Schedule of India’s Constitution further helps in the continuation of these practices, as lands are still owned by communities,” he added.

Chakravarty noted that sacred groves were dotted across the Khasi hills in Meghalaya, with the most famous one at Mawphlang.

“One core reason behind such practices is the dependence of people on nature. Khasis depend on these groves for a variety of resources from food to traditional medicines and as sources of many of their streams and rivers. In spite of change in lifestyle and modernisation, many of these core values of conservation still remain intact,” he said.

The Van Gujjars are a semi-nomadic pastoral community, which continues to practice seasonal migration across forests in Uttarakhand, Uttar Pradesh and Himachal Pradesh in pursuit of their pastoral livelihood.

They have been villanised by the forest departments of these states for their nomadism.

Throughout the last decade, numerous attempts have been made by the forest department to restrict entry for the Van Gujjars on the pretext of their pastures being declared as protected area or on the ground of encroachment.

Pranav Menon, a consultant, Van Gujjar Tribal Yuva Sanghatan and research scholar, Centre for Study of Law and Governance, Jawaharlal Nehru University, feels that many instances of Van Gujjars being classified as ‘poachers’ rests on the perceptions of criminality embedded while determining lives of de-notified nomadic tribes.

He highlights how the transhumance of the community helps in conserving natural resources.

“The rotational grazing of the Van Gujjars and their buffaloes also help maintain water sources through embankments, removal of invasive species, facilitation in seed dispersal, remanuring the grazing areas and paths and creating fire lines within forests to protect the ecosystem for other species too,” Menon says.

The phenomena of transhumance pursued by the community is among the few climate-adaptive and resilience strategies that ensures their pastoral livelihood remains viable and sustainable, he had written in an article for DTE.

“The Van Gujjars Tribal Yuva Sanghatan celebrates Sela Parv, a traditional afforestation festival which used to be conducted in the rainy season, around World Nature Conservation Day,” he told DTE.

“This festival involves planting native and endemic species of plants based on local climate and soil. These species not only benefit in feeding their livestock but also provide source of food to other wildlife,” he said.

By allowing sustenance of their pastoral livelihood and regenerating natural forests, the Sela Parv is an example of how forest dwellers engage in bottom-up conservation, Menon noted.

The Idu Mishmis live mainly in the districts of Lower Dibang Valley and Dibang Valley of central Arunachal Pradesh. They believe that tigers are their elder brothers. Killing tigers is, for the Idu Mishmi, a taboo.

“Usually, the relationship of communities who live with natural resources on a daily basis with their environment is very different from those who do not share space with forests and wildlife,” Ambika Aiyadurai, assistant professor in humanities and social science at IIT-Gandhinagar, told DTE.

Aiyadurai, who is the author of Tigers Are Our Brothers, offered an interesting comparison of the conservation models of the Idu Mishmi and the West.

“The main feature of the Western model is the separation of people and the environment. Dan Brockington, the British anthropologist, coined the term ‘Fortress Conservation’ to describe the western model. Nature is to be protected by making it a fort, with little or no human presence,” she said.

But for indigenous peoples like the Idu Mishmi, humans are part of the environment, she added. In their worldview, the human and natural worlds overlap. There is a constant engagement with the environment through agriculture, hunting and harvesting of resources.

“They are animists and believe that animals and forests are not theirs but belong to the spirits. That aspect is not seen in science or the western model since there, nature is seen as a resource either to be protected or harvested. Nature is capital,” she noted.

The Apatanis live in a small wooded valley surrounded by wooded hills in the Lower Subansiri district of Arunachal Pradesh.

Stuart Blackburn from the School of Oriental and African Studies, London, an expert on the Apatanis, wrote about them for DTE.

“The traditional rice agriculture in the valley evolved over centuries, without any resort to animals or wells. The terraced fields are landscaped on a slight incline, so that the water runs into each field at a high end and out at a low end.

“Building and maintaining the bunds, or walls, of the fields is laborious, as is the preparation of nursery beds and trans-plantation of seedlings. When the first outsiders entered the valley at the end of the 19th century, they commented on the wonderful “garden” they saw,” he noted.