Tribal communities welcome move, see it as a victory over organised lobbies 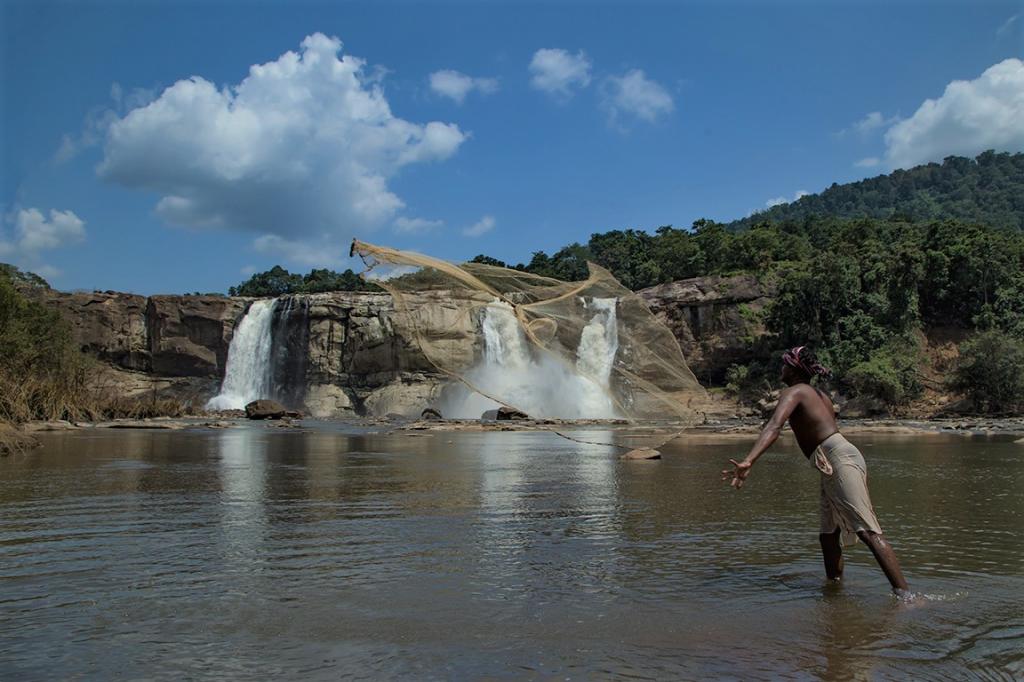 The Kerala government has called off the proposed 163-megwatt Athirappilly hydroelectric power project on the Chalakudy river basin in Thrissur district, confirmed state electricity board officials.

The decision came amid mounting opposition from environmentalists and tribal organisations against the construction in the biodiverse and state’s only riverine forest.

The forest department will return Rs 4.11 crore deposited about two decades ago by the Kerala State Electricity Board (KSEB) as seigniorage for cutting and removing trees from the proposed project construction area.

A high-level meeting involving top officials of the department and board decided to facilitate an immediate transfer of the amount.

Forest officials also told the KSEB director board that another sum of Rs 1.14 crore deposited for alternative afforestation also would be returned soon.

The forest department had to fell 15,145 giant trees from the project area to facilitate the commencement of the construction, according to the project reports. The controversial project might have submerged at least 136 hectares of virgin forests and uprooted hundreds of tribal people.

The residents of Athirappally and Vazhachal villages on the basin that were facing threats of submergence have welcomed the decision with jubilation. The move of returning money indicates that KSEB is abandoning the project permanently, said SP Ravi of the Chalakudy River Protection Forum. He added:

Even if the government rethinks for revival, it will have to begin at zero. A fresh environmental clearance has to be obtained and a new environmental impact study must be conducted. New forest clearance projects also must have to be initiated.

The tribal communities see this as a victory over organised lobbies. “It is a relief for all of us waging a long war since 1996 to protect these forests and their biodiversity for the greedy dam lobby,” said tribal leader VK Geetha of Athirappilly.

A timeline of clearances

The local tribal people have faced displacement several times in the last century, during construction of the Parambikulam-Aliyar, Peringalkuthu, Sholayar, Mangalam and Thunakadavu dams, he added.

In June last year, the Kerala government gave a go-ahead to KSEB to establish the project, ignoring the enormous environmental and livelihood costs. The approval had evoked angry responses from conservationists across the country.

The Kadar tribal community faced continued displacement due to the commissioning of different hydel power projects in the Chalakudy river basin. Geetha, a fourth-generation representative of the group, emerged as the leader and face of the unique agitation involving forest protection and tribal rights protection concerns over the years.

Over two decades, the pro-dam lobby revived the project several times, conveniently ignoring stringent parts of the Forest Rights Act, she said. “A dam cannot be constructed without the approval of the primitive people that stand to be affected, according to the act.”

The tribal groups are happy that the government finally understood the ground-level reality, she added.

KSEB, on its part, said it visualised the hydroelectric project in Chalakudy as the third-largest in the state. Right from the beginning, however, conservationists and river experts had warned that the project, if implemented, would submerge the only remaining low-elevation riparian forests left along the Western Ghats, one among the eight environmental hotspots in the world.

The decision is a severe jolt to the pro-dam lobby active within the state government and among KSEB top officials, according to environmentalists who campaigned against the project. "It looks like a second edition of the Silent Valley protests of the 1970s," said veteran environmentalist MK Prasad.

Warnings over the years

Silent Valley was among the first of India’s ecological movements with massive participation, during the end of the 1970s and early 1980s. It forced the Kerala government to abandon a dam project across Kunthi River, inside the evergreen tropical forests of Silent Valley in the Palakkad district of Kerala.

Every previous government, be it the Congress-led United Democratic Front (UDF) or the Communist Party of India (Marxist)-led Left Democratic Front, faced strong resistances on conservationists, tribal residents and other local people for going ahead with the Athirappilly project.

The then principal chief conservator of forest of Kerala, TM Manoharan, who worked as the chairman of KSEB under three different chief ministers, opposed the project, saying it would cause enormous damage to the environment.

A report of the Kerala State Biodiversity Board, under the chairmanship of eminent environmental scientist VS Vijayan, had also warned in 2007 that the power project would adversely affect the ecology of the fragile river ecosystem of the region.

The construction of the seventh dam along the 145-kilometre course of the Chalakudy river would destroy all the remaining endemic species of flora and fauna in the Athirappilly-Vazhachal region, which includes four rare varieties of hornbills, according to green activists.

The government had hinted at a complete abandonment of the project during the two subsequent annual floods that ravaged Kerala in 2018 and 2019, said S Unnikrishnan, a local conservationist. He added:

The largest volumes of water discharge when the shutters of Kerala dams were opened during  2018 floods were not from major projects like Idukki or Idamalayar dams but from Peringalkuthu dam that situates in the Chalakudy river and just above the catchment area of the proposed Athirappilly dam. While 150,000 litres burst out from the Idukki reservoir per second, it was 3.3 million litres per second when the shutters of Peringalkuthu were opened.

The Madhav Gadgil-led WGEEP, in an elaborate report, had termed Athirappilly hydel project ‘undesirable’ and categorised it as futile on environmental technical and economic grounds.

“The Athirapally dam has insufficient water to generate the electricity capacity claimed by the board,” the report said. If implemented, the project would affect downstream irrigation schemes and the majestic Athirappilly waterfall, hurting the area's tourism potential, it added.

Even KSEB officials admit that the river does not have enough water to generate the same power. In the last four decades, the water level in the river has decreased considerably because of climate change and deforestation.

The Gadgil report had stated unequivocally that the hydel project would destroy the Chalakudy river's fragile ecology and seriously affect the Kadar community's earnings and livelihoods. Even those who live outside the submergence areas would be affected.

The Kasturirangan panel that came later, however, just prepared a note of claims by the electricity board and the counterclaims by the Kadars. It simply recommended a re-evaluation of the project's impact on ecological grounds.

“Other than the Silent Valley movement, no other environmental issue in Kerala has kicked  off as much furore as the proposed dam in Athirappilly,” said P Rajaneesh, a river protection activist based in Chalakudy.

Meanwhile, KSEB chairman B Ashok said the stated policy of the board is that it would undertake the project only if the state government evolves a consensus among political parties and civil society movements.