It recommends ban on activities that damage the environment in such regions; more studies proposed for Gundia hydropower project and Athirappilly dam 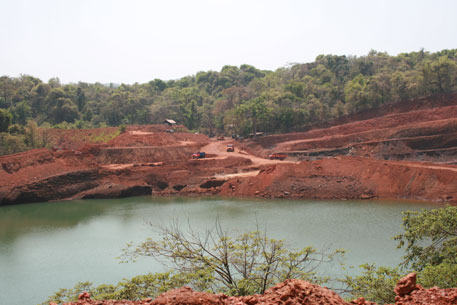 A high level working group of the Union Ministry of Environment and Forests (MoEF) has recommended protection of 90 per cent of the natural landscape of the Western Ghats. The working group's much-awaited report on the Ghats was presented to environment minister Jayanthi Natarajan on Wednesday.

The working group, headed by Planning Commission member K Kasturirangan, was constituted by MoEF to look into the recommendations of an earlier report—the one submitted by the Western Ghats Ecology Expert Panel (WGEEP), headed by ecologist Madhav Gadgil. WGEEP had recommended that the entire Western Ghats should be declared as an ecologically sensitive area; had suggested three levels of categorization where regulatory measures for protection would be imposed and had recommended the establishment of the Western Ghats ecology authority for its management. WGEEP had also asked the environment ministry not to give environment clearance to the Gundia hydroelectric project in Karnataka and the Athirapilly dam on the Chalakkudy river in Kerala's Trissur district.

In August 2012, MoEF constituted the 10-member high level working group, including expert members. The report agrees with the WGEEP report on many points. “The message of this report is serious, alarming and urgent. It is imperative that we protect, manage and regenerate the lands now remaining in the Western Ghats as biologically rich, diverse, natural landscapes. We have reached a threshold from which we cannot slip further. This has to be the objective of future planning and regulation in this recognised centre of biodiversity in our country,” said Kasturirangan after presenting the report. But on the Gundia hydropower project and the Athirapilly dam, the working group has recommended more studies.

On Goa mining and the moratorium in Sindhudurg and Ratnagiri districts of Maharashtra, it agrees partially with the WGEEP report. The working group reiterated mining ban in ecologically sensitive areas and phasing out of the existing mines in such areas. But it has recommended lifting of moratorium on mining in the two Maharashtra districts. At the same time it has cautioned that this should not result in development projects which destroy the environmental balance of the two districts. It has, therefore, recommended that MoEF should monitor the cumulative impact of projects, which may come up in these districts on regular basis and take policy decisions at appropriate time based on these findings.

It may be recalled that the Western Ghats had received the UNESCO world heritage tag  last year and was recognised as one of the world's eight richest biodiversity hot spots. The Ghats extend from Dang in Maharashtra-Gujarat to a place near Kanyakumari in Tamil Nadu, along the western coast.

The environment minister while receiving the report from Kasturirangan assured that the working group's recommendations would be looked into promptly for necessary action. She directed that the report be uploaded on the ministry website for wide publicity.

The high level working group report draws upon the basic framework suggested by WGEEP to use remote sensing technologies to demarcate the ecologically sensitive areas of the Western Ghats, but with two key differences. First, it used satellite data with 24 m resolution, as against 9 km used by WGEEP. This finer resolution was possible because of collaboration with the National Remote Sensing Centre (NRSC) and the Indian Space Research Organisation (ISRO), which used datasets to distinguish vegetation types over the landscape of the entire Western Ghats.

Second, it distinguishes between the cultural and the natural landscape of the region. Using remote sensing technology, it has found that the cultural landscape – which includes human settlements, agricultural fields and plantations—covers 58.44 per cent of the region. The natural landscape ranges over the remaining 41.56 per cent. The methodology adopted by the NRSC/ISRO has then combined spatial information generated on vegetation types with species level information, biological richness and disturbance regimes to identify the biologically diverse and contiguous regions of the Western Ghats. Its conclusion, based on this methodology, is that roughly 37 per cent of the total area defined as the boundary of the Western Ghats is ecologically sensitive. Over this area of some 60,000 sq km, spread over the states of Gujarat, Maharashtra, Goa, Karnataka, Kerala and Tamil Nadu, the working group has recommended a prohibitory regime on those activities that have maximum interventionist and destructive impact on the environment.

The working group has made a range of recommendations to “incentivise green growth in the Western Ghats”. These include:

As part of the governance of ecologically sensitive areas, the working group has proposed to set up a decision support and monitoring centre for Geospatial Analysis and Policy Support in the Western Ghats, which will monitor changes and advise state government on policy reform. But it has made it clear that all these reports must be in the public domain. It has also recommended that the high-resolution map, which demarcates ecologically sensitive areas, down to each village settlement, must be put in the public domain so that people can be involved in taking decisions about environment, which is first and foremost their concern.

The report notes, “environmentally sound development cannot preclude livelihood and economic options for this region… the answer (to the question of how to manage and conserve the Ghats) will not lie in removing these economic options, but in providing better incentives to move them towards greener and more sustainable practices”. In doing this, the working group has moved away from the suggestions of WGEEP, which had recommended a blanket approach consisting of guidelines for sector-wise activities, which would be permitted in the ecologically sensitive zones.

Report of the high level working group on Western Ghats

Constitution of High Level Working Group to study the preservation of the ecology, environmental integrity and holistic development of the Western Ghats

The status and distribution of freshwater biodiversity in the Western Ghats, India

Are forests always a good thing? Understanding the linkages among forests, watersheds & agriculture in the Western Ghats