Polavaram — displaced and nowhere to go: Ineligible for rehabilitation, many in a fix 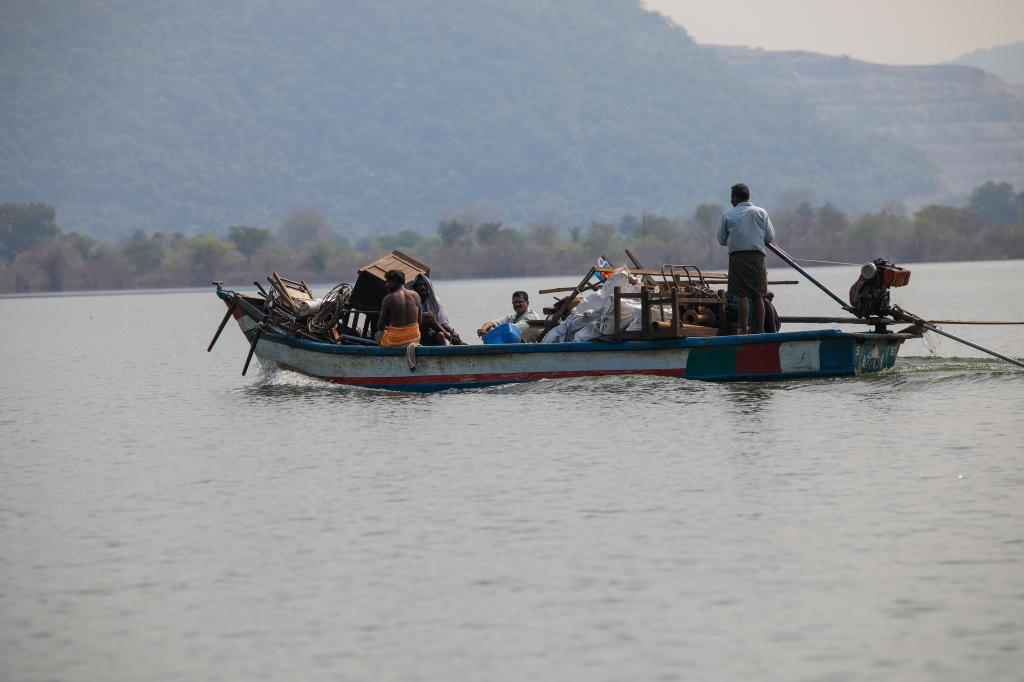 Those displaced by the Polavaram project in Andhra Pradesh have found themselves in the middle of yet another quandary: Scores of them are ineligible for rehabilitation by the state government.

The Polavaram irrigation project, set to be operationalised by April 2022, will displace the highest number of people in India’s history of such projects: 106,006 families across 222 villages (total 373 habitations) in Andhra Pradesh, upon completion.

Many who haven’t been given a house or compensation yet have been living in the hope of a promised rehabilitation. But those who have been disqualified from the rehabilitation process on absurd grounds after being displaced find themselves at the bottom rung of the ladder.

Take the case of K Ramanagara, a washerwoman from the now submerged Ramanayyapeta village. She is not eligible for the rehabilitation and resettlement (R&R) package — she and her family weren’t present in the village on the day of the survey for relocation by the government in 2009.

During that time, her now handicapped husband was bitten by a snake while working in fields and the family had to temporarily shift to Rajahmundry for his treatment.

“The government surveyed the village for relocation and missed my name. I have all documents to prove my residence. I visited the authorities here several times but they do not pay heed to my requests,” she said.

She is now living in a rented house in Krishnunipalem, some 35 km from her village, where she pays Rs 2,000 a month. She uses Rs 3,000 disability pension her husband gets to pay for it.

There is not much laundry work in the colony the family has shifted to. So, Ramanagara wants to work as agricultural labourer. But after displacement and subsequent shifting, there is surplus labour in the area and subsequently, not enough jobs.

Dasara Venkatesh, 45, has stayed all his life in Chinaramayapeta village. But he was told he was ineligible for compensation after the “government lost his identity cards and papers”.

The papers were later found but he is still struggling to get his name included in the list of people eligible for compensation.

Sidda Sachinarayan, a journalist and among the displaced, lives in the same colony as Venkatesh. He said the government left people out very randomly from the compensation lists.

“Initially, when the decision of relocation was taken, the government depended on Socio-Economic and Caste census data. But later, they conducted surveys at village level and began to disqualify people on different grounds,” he said.

Gangadhar Rao, a fisherman, didn’t have a ration card of the village he lived in till May 2021. He had migrated to Devipatnam in 2004 because fishing opportunities were better.

He and his family have now been living in a fishing boat along with four other families, who are awaiting construction of their houses in an R&R colony, for about seven months now.

The other families have at least got the compensation money. Till May 2021, his three kids (in grades III, V and VI) went to the now-submerged school building. They later dropped out.

Ravi Rebbapragada, executive director, Samata, which has been working with the displaced population in East and West Godavari districts, said the government should conduct a reassessment of all disqualified people.

“This is an aberration. If even one per cent people are left out or disqualified, it is unjust because they have really sacrificed their land for everybody,” he said.

The government not compensating for ‘banjar land’ is another battle that the displaced population is fighting.

Banjar land is unregistered government land but cultivated by villagers, mostly tribals, for many years now. The R&R package includes compensating people for their agricultural land; banjar land has not been surveyed or included in the package.

“People have been cultivating banjar lands for 40 years or so. We have demanded providing pattas (a land deed) of such land to the government authorities. The Polavaram Project Authority also acknowledged it but things have not moved,” said S Jhansi Lakshmi, Andhra Pradesh state president of Rythu Kuli Sangha, a non-profit working for the displaced.

We don’t how much of this land exists in the state because it’s not registered, she added. There is no data or record of such land which was the livelihood for many people in the submerged villages.

K Abhay Reddy (45), his wife and three children had been dependent on two acres of such land for their livelihood since 2006. “Other families can at least claim compensation. We can’t even do that because we don’t have the papers. The government lies. Before shifting to the colony, the officers made promises that we will get better work but that is not the case here.”

Rebbapragada said the authorities have been disqualifying people occupying banjar land on technical grounds, but it is unjust in terms of rehabilitation being an inclusive process.

“The land is technically owned by the government and people cultivating on it are not entitled to compensation, but when the Polavaram Authority is genuine about rehabilitating every person then it should think about giving some compensation on account of banjar land, if not giving them an equivalent piece of land,” he said.

“This issue, coupled with not providing R&R package to married women above 18 years, is an exclusionary process,” said Rebbapragada.