3-day demonstation by workers from across the country; Demand for more funds allocation to employment programme 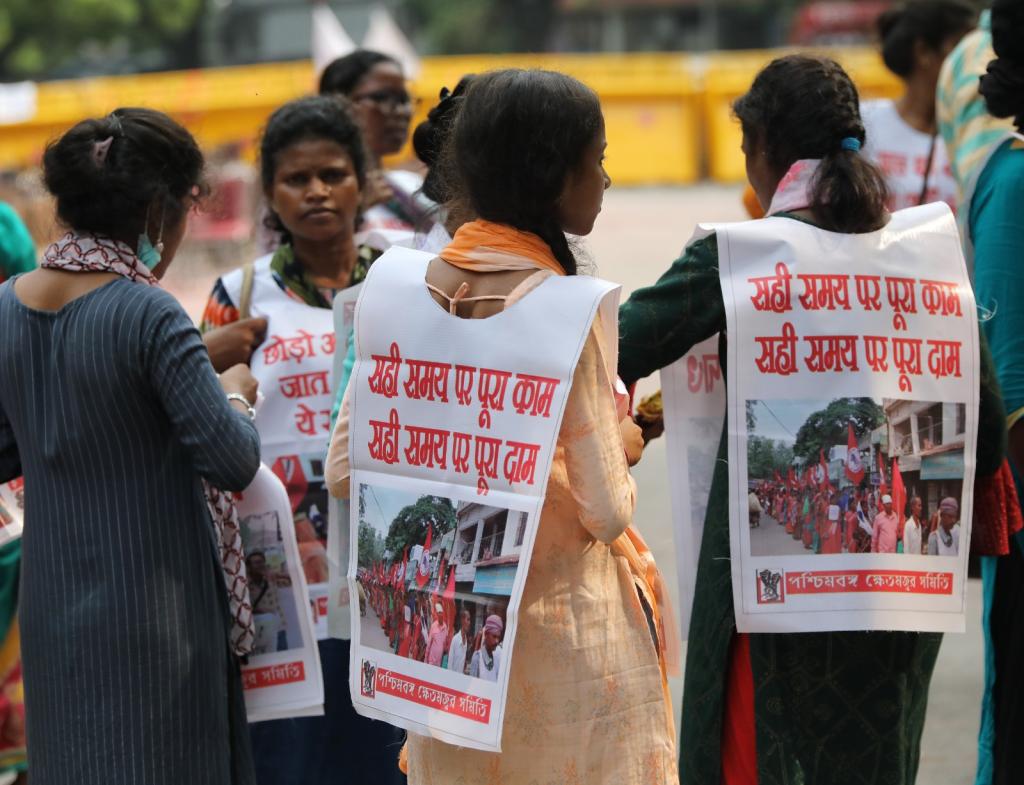 Workers employed under Mahatma Gandhi National Rural Employment Guarantee Act (MGNREGA) have been protesting at the national capital since August 2, 2022, over delayed wages, insufficient funds for the employment programme and allegations of graft.

Workers from across the country claim that they haven't been paid for months, with some payments going back April 2020. They have gathered at Jantar Mantar in Delhi under the banner NREGA Sangharsh Morcha (NSM).

The three-day protest will end on August 4, 2022. Workers and union leaders have raised their issues while the monsoon session of Parliament is underway. “Over Rs 21,850 crore of wages are pending since April 2020,” the protesters claimed.

Lack of funds is the biggest issue that plagues MGNREGA, said Nikhil Dey of Mazdoor Kisan Shakti Sangathan from Rajasthan. The employment programme aims to guarantee the right to work.

“The employees don’t get work and receive wages on time. This completely disregards the scheme’s guarantee of at least 100 days of wage employment in a financial year,” Dey told Down To Earth.

Protesters came from Bihar, Chhattisgarh, West Bengal, Telangana, Andhra Pradesh, Rajasthan, Uttar Pradesh and a few more states. They argued that the programme’s current budget of Rs 73,000 crore is half of what it should be.

Read more: Drying up of MGNREGA allocation will shrink the rural economy further

Several workers at the protest said the government had already exhausted over two-thirds of the allocated funds. “A programme for employing poor workers cannot run without enough money. Our problems will continue until more funds are allocated,” a protester said.

Another worker pointed out the scale of unemployment in the country. “Poor workers are compelled to work under MGNREGA despite low and irregular wages. This shows how desperate we are,” said Meva Devi from Vatera village in Sirohi, Rajasthan.

The 100 days’ guarantee is not being fulfilled and many MGNREGA workers are forced to migrate, Sharma added. 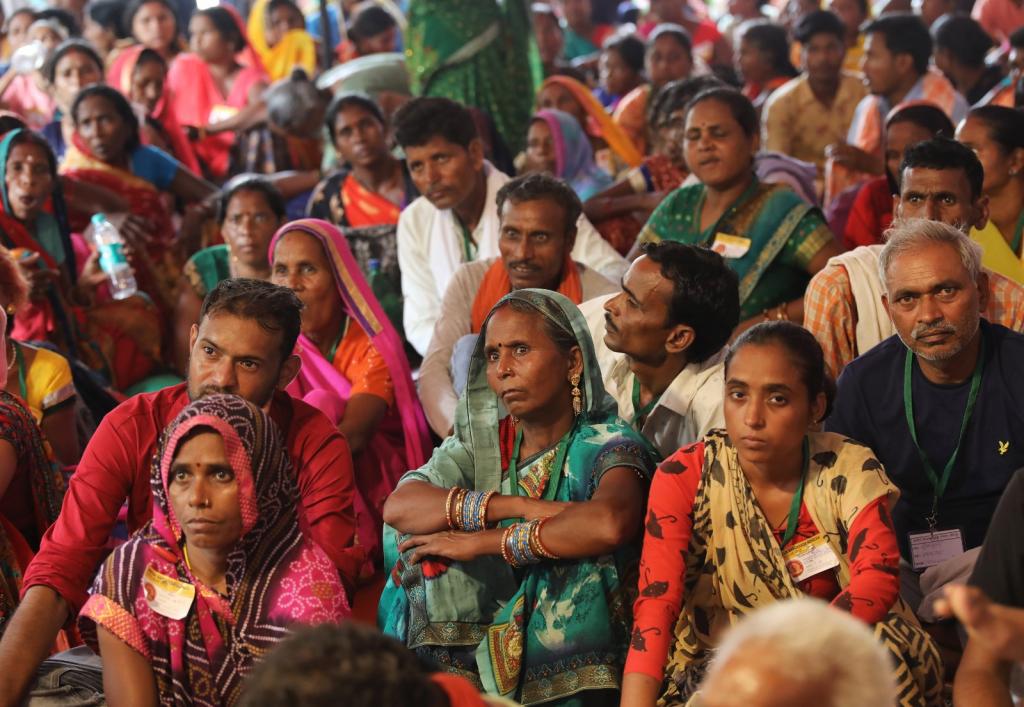 The poor workers are already dealing with the aftermath of the Covid-induced economic crisis, the protesters said. “Several regions of Bengal also saw floods due to incessant rains last year. Workers are already dealing with these issues, how will they handle injustices from the government like not getting work or being paid?” said another protester.

Sharma said the situation was grave, which is why daily-wage workers were forced to leave their homes and come to Delhi to protest for three days.

Some workers alleged that the Centre’s claim of states misusing the money allocated under MGNREGA was just an excuse to save face. “Centre is using excuses to dry up the scheme,” Anuradha Talwar of Paschim Bangal Khet Majoor Samity and NSM member.

Bihar, like most states in north, east and central India, has suffered this year due to a whimsical monsoon. Rainfall has been scanty as well as erratic. Farmers claimed that paddy cultivation is less than 10 per cent in 17 districts. Delayed payments and lack of work distribution is thus even direr in the state.

A worker from Araria, Bihar, alleged corruption was the reason for the non-payment of wages. “I mark attendance for MGNREGA workers in a panchayat. I found that two of the workers had died, but no authority bothered about them. Corrupt officials don’t care that we don’t get our Rs 210 daily wage for months,” said Mandvi Devi.

Devi’s husband, Hareram Yadav, also expressed his frustration over the government’s apathy. The family lost their income during the COVID lockdown and went into a financial crisis.

Like Yadav, many protesters pointed out a need for a budget revision. They demanded the government release all pending sums to states along with adequate funds for the year to honour the demand-driven nature of the scheme.

The workers have suffered due to the stoppage of work and should be compensated for the same, said workers’ union leaders CH Rajendar of Telangana and R Bujji of Andhra Pradesh.

“All active job card holders should be paid unemployment allowance from April 1 till the date the work resumes, as per Section 7(1) of the MGNREG Act, irrespective of whether the workers have demanded work,” they said.

Ongoing and previously sanctioned work should be started immediately, too, they added.

The protesters also demanded a separate revolving fund by state governments of at least Rs 1,000 crore for MGNREGA to ensure timely payment of wages in case of future delays from the Centre.

Meanwhile, several workers’ delegations visited the Members of Parliament of their states to share their grievances. Memoranda and demands were presented to MPs R Krishnaiah of Yuvajana Shramika Rythu Congress Party, N Uttam Reddy of Congress and Jagannath Sarkar of Bharatiya Janata Party, among others.

Civil rights lawyer Prashant Bhushan visited the protest site as well. “It’s very unfortunate that the government is violating a law made to provide some security net to the country’s poor people by MGNREGA. This year’s pendency (in wages to NREGA workers) is already Rs 6,800 crore,” he told DTE.