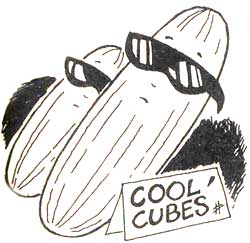 AMERICANS will now get designer food -- created by altering the genetic structure of fruits and vegetables. The first to hit the market is likely to be a sweeter tomato -- altered by Calgene of California so that it no longer produces the rotting enzyme, polygalacturonase. This means it lasts longer on the vines and vine- ripened tomatoes taste better. Other companies, like chemical giant ICI, are developing 'diet' potatoes which have more carbohydrates and less water, and need less oil in the cooking process for fries and chips. Calgene says it has invested US $20 million into its tomato, but hopes to rake in US $500 million a year.

The US policy decision decrees that genetically-engineered foods are not inherently more dangerous than other products and do not need pre-marketing tests. Nor do they require identification labels. The policy decision, though expected, was opposed by consumer groups on health and safety grounds.