Zoonoses defined as infectious diseases spread between animals and humans by food, water, fomites or vectors 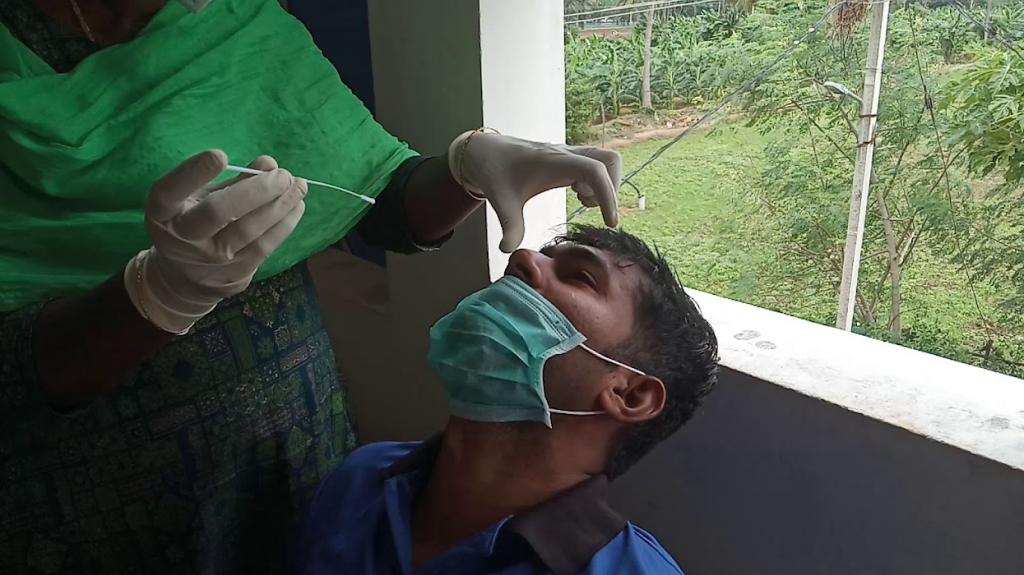 A man being tested for COVID-19, a zoonotic disease that was transferred from animals to humans. Photo: Wikimedia Commons

The 19th Conference of Parties (COP19) to the Convention on International Trade in Endangered Species (CITES) in Panama City has concluded draft decisions on reducing the risks of future zoonotic diseases.

The directives have been drawn against the backdrop of disease emergence associated with international wildlife trade. The COVID-19, which became a pandemic, is a zoonotic disease that was transferred from animals to humans.

Consultations with parties such as the Convention on Biological Diversity and other relevant biodiversity-related agreements, the Food and Agriculture Organization of the United Nations (FAO), the World Health Organization (WHO) and the International Consortium on Combating Wildlife Crime were recommended by CITES.

The aim was to identify possible emerging threats and reduce the risks of spreading pathogens, their spillover and transmission of zoonotic diseases via international wildlife trade supply chains.

The CITES discussions ended with parties including the World Organisation for Animal Health, FAO, UNEP and WHO invited to endorse the definition of the term zoonoses as “infectious diseases that can spread between animals and humans, can be spread by food, water, fomites or vectors.”

The working group on the panel also decided to consider a multi-sectoral approach defined by the One Health high-level expert panel while contributing to managing and mitigating the risk of pathogen spillover and preventing the emergence of zoonotic diseases.

The suggestions to follow the approach are defined as ensuring live animals are traded under the norms. These norms are laid down by the articles of CITES that regulate the trade in specimens and their species. The members also agreed to consider trade exemptions and other special provisions.

The CITES articles require that live specimens or animals are prepared and shipped in a manner that reduces the risk of injury, impacts their health or subjects them to cruelty.

The articles also demand that all living specimens are cared for to reduce the injuries and negative impact on their health during transit, hold and transfer by shipment.

The working group also decided to develop and strengthen cooperation between national and international animal and public health authorities, considering the relevant definitions, grades and guidance from the bodies such as FAO, UNEP, World Organisation for Animal Health, WHO and other international bodies and expert groups.