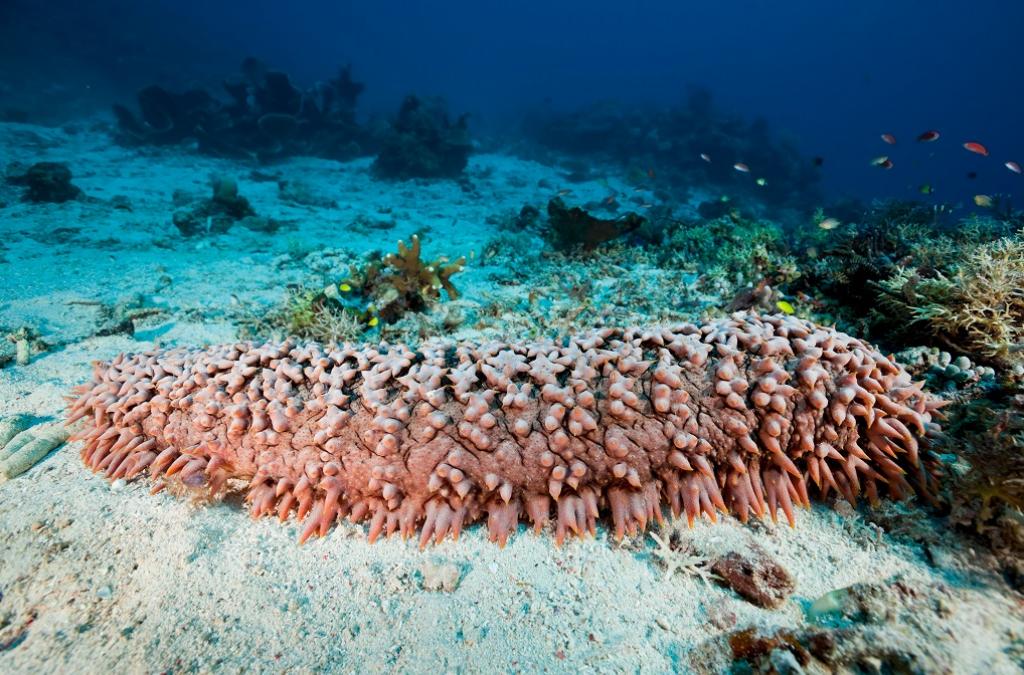 Pineapple Sea Cucumber of the Thelenota genus in the Komodo National Park, Indonesia. COP19 decided to include three species of the genus in the AppendixII of CITES. Photo: iStock

The 19th Conference of Parties (COP19) to the Convention on International Trade in Endangered Species (CITES) in Panama City has accepted a proposal to include sea cucumbers in Appendix II of the Convention.

COP19 decided to include the genus Thelenota in the category, which classifies that the species is not facing the threat of extinction. However, its trade must be regulated to avoid exploitation that will become incompatible to its survival.

The European Union, the Seychelles and the United States proposed three species under Thelenota to be included in Appendix II.

The proposal was accepted with 97 votes in favour, 16 opposing it and 15 abstentions. The listing is expected to come into effect in the next 18 months.

The proposal was initiated by France, according to a media statement from CITES. The country stressed the need to protect sea cucumbers, citing their role in marine ecosystems. Sea cucumbers perform the same role on the seabed that earthworms perform on land.

The statement mentions that China, the largest market for the animal, opposed the proposal. Meanwhile, the China Aquatic Products Processing Marketing Alliance pushed for breeding projects to address the concerns.

However, countries like Russia, which has experienced losses due to the plundering of other sea cucumber species, pitched in favour of the proposal.

An analysis published by the Wildlife Conservation Society-India (WCS-India) this September showed that sea cucumbers were the most frequently trafficked marine species in India from 2015-2021.

Tamil Nadu had recorded the highest number of marine wildlife seizures during this period, according to the analysis. The state was followed by Maharashtra, Lakshadweep and Karnataka.