The state witnessed a surge in COVID-19 cases after assembly elections, festival season 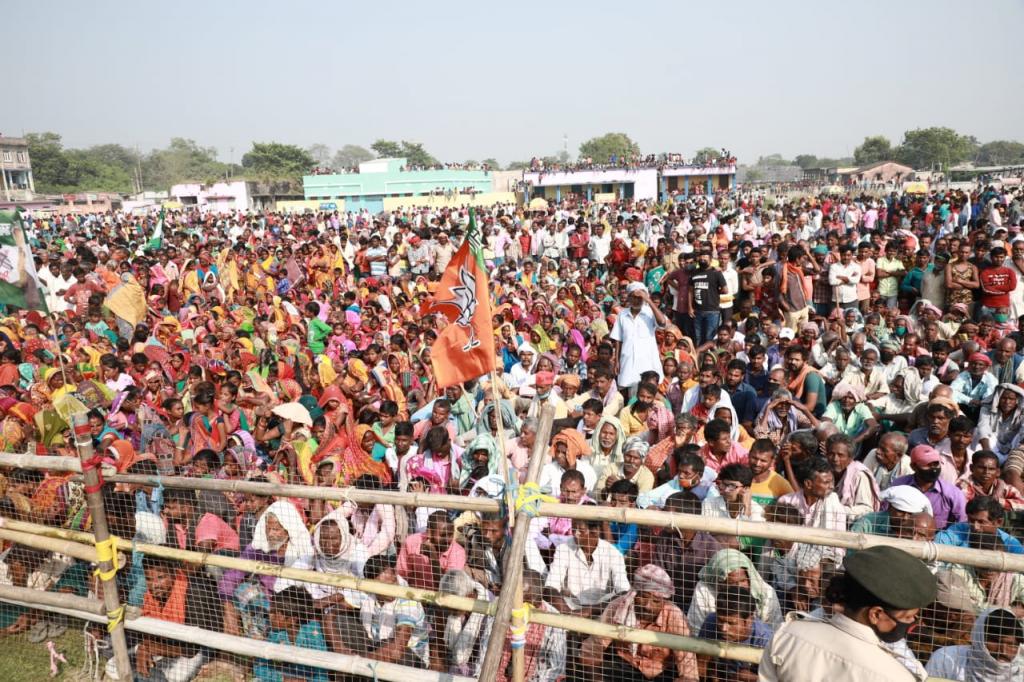 The Bihar government has launched a massive face-mask checking drive to contain the spread of the novel coronavirus disease (COVID-19) amid steady increase in cases in the last few days. Assembly elections in the state — the first to be held in the country amid the pandemic — and month-long festival season meant Bihar witnessed a spike in COVID-19 cases.

The state has also ramped up testing and identification of containment zones to curb the spread of the virus.

The state government sounded a 15-day special alert in Bihar from November 24, 2020, during which authorities have been carrying out intensive drives against people not wearing facemasks in public places and flouting social distancing norms in public.

More than 40 million voters came out on the streets to cast votes during the voting process that was carried out in three phases. Gargantuan crowds attended political rallies, implying that social distancing norms went for a total toss.

On the first day of the drive, the authorities caught 6,740 people violating COVID-19 guidelines and collected Rs 3.37 lakh as fine from them. Of them, as many as 609 were caught without facemasks in Gaya district; followed by 449 in Nalanda (the home district of Chief Minister Nitish Kumar); 436 in Darbhanga; 354 in Madhubani; 372 in Purnia; 323 in Katihar and 96 in Patna district.

The state health department has also inserted full page advertisements in all prominent dailies, asking people to strictly wear facemasks before coming out of their homes and saying “facemasks are the most effective tool in the fight against COVID-19”.

The special drive was followed by a meeting of the Crisis Management Committee by the Bihar chief secretary Deepak Kumar on November 23. 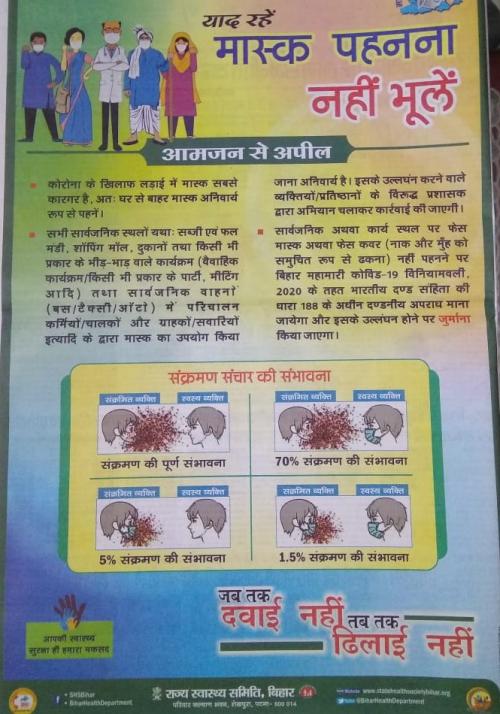 A government advertisement issued to all prominent local dailies on November 25 urging people to strictly use face masks or face covers before going out of homes. Credit: CK Manoj

“Several states have reported an increase in COVID-19 cases. As a precautionary measure, we too have decided to launch a special drive as assembly elections and the festival season have concluded. We have directed all district magistrates / superintendents of police to launch crackdown on the people violating the guidelines,” Kumar had said.

“We have placed all medical teams on high alert. They will conduct immediate testing of COVID-19 samples, carry out contract tracing and provide instant medical relief to the victims,” state health secretary Lokesh Kumar Singh said.

The daily testing of samples declined during the poll and festival season, but is slowly picking up again.

The panic is such that nearly 30 per cent of all bookings of wedding banquet halls have been cancelled in the state so far.

“We ran into huge financial losses in the past eight months and hoped to recover it this season. But people are cancelling their bookings,” Shyam Sundar Rajak, owner, Sita Svayambar Marriage garden, said.

As many as 763 cases were reported on November 25.

The disease has claimed 1,237 lives in Bihar as on November 25. Two former Bihar ministers, a former Union minister and around 10 top politicians have been infected with the virus so far.

The special alert in Bihar assumes much significance in the light of COVID-19 infections turning critical in some key states such as Delhi, Gujarat, Maharashtra, Chhattisgarh, Haryana, Kerala, West Bengal and Rajasthan.

Prime Minister Narendra Modi held a virtual meeting with the chief ministers of various states on November 24 and cautioned them against any laxity in fighting the pandemic.