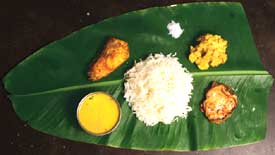 India will host the second International Rice Congress from October 9-13 in New Delhi. This is the most important event in the calendar of rice research since the International Year of Rice in 2004. But in this short span, the field of rice science has registered phenomenal growth and probably one of its greatest scientific discoveries -- the complete sequencing of the rice genome consisting of 37,000-odd genes. This is a first for any food crop. The interlude has also seen great political and economic instability sparking new forms of poverty, food insecurity and health issues. This has led rice scientists and economists across the world to work on a new strategic plan for rice, which feeds almost 40 per cent of the world's population, largely in the third world.Down To Earth discusses with scientists and authorities at the International Rice Research Institute (irri), Manila, the implications of the find, on the basis of exclusive access to the new strategic plan document, Bringing hope, improving lives strategic plan 2007-2015. It marks two changes in irri's agenda for rice for the first time in 46 years one concerns livelihoods, the other the environment.
Robert Zeigler, director-general, irri, says "The new plan marks a shift from filling the rice bowl to filling the purse of the poor rice farmer, from general crop management to environmentally sustainable crop management, adaptive to climate change and with greater concern about health aspects and nutritional value of rice." M S Swaminathan, former director-general of irri and present chairman of the National Commission on Farmers (ncf) has long been stressing "Farmers' income is more important than foodgrain production" (Down To Earth, December 31, 2005).

In a subsidised world food economy, the income of the farmer has been stagnating or even declining in large parts of Asia, Africa and Latin America over a decade. Most of the areas where incomes have been hit are in rainfed rice-farming zones, where 1,072 million people live on less than us $1 a day. A study by the Food and Agricultural Organization (fao) finds that three-fourth of a billion of the world's poorest people depend on rice. This region comprises 480 million, or more than 50 per cent of the world's undernourished. Malnutrition has also to do with the mineral and vitamin deficiencies in rice. For example vitamin a deficiency in rice affects 169 million pre-school children in south and southeast Asia (accounting for 33 per cent of all pre-school children), where rice is a staple. This, along with iron deficiency and zinc deficiency, has aggravated serious diseases in the rice-eating regions. The rice community is working to improve and add nutrition to rice through genetic manipulation. The controversial 'golden rice' project -- supposed to add vitamin A to rice -- is one of the researches going on.

irri scientists have also agreed that climate change is a reality and changing industrial cultivation practices can spell disaster. To curtail damage to the environment, irri has agreed to work with improving rice's abiotic characters. Indian scientist N K Singh, who was instrumental in mapping chromosome number 11 in the rice genome mapping, says, "We will have to work on salt tolerance, drought and flood tolerance in the crop without resorting to changing cultivation practices." Two weeks ago rice scientists developed flood-tolerant rice helping almost 70 million cultivators in Asia (see 'Flood-proof rice', Down To Earth, September15, 2006).