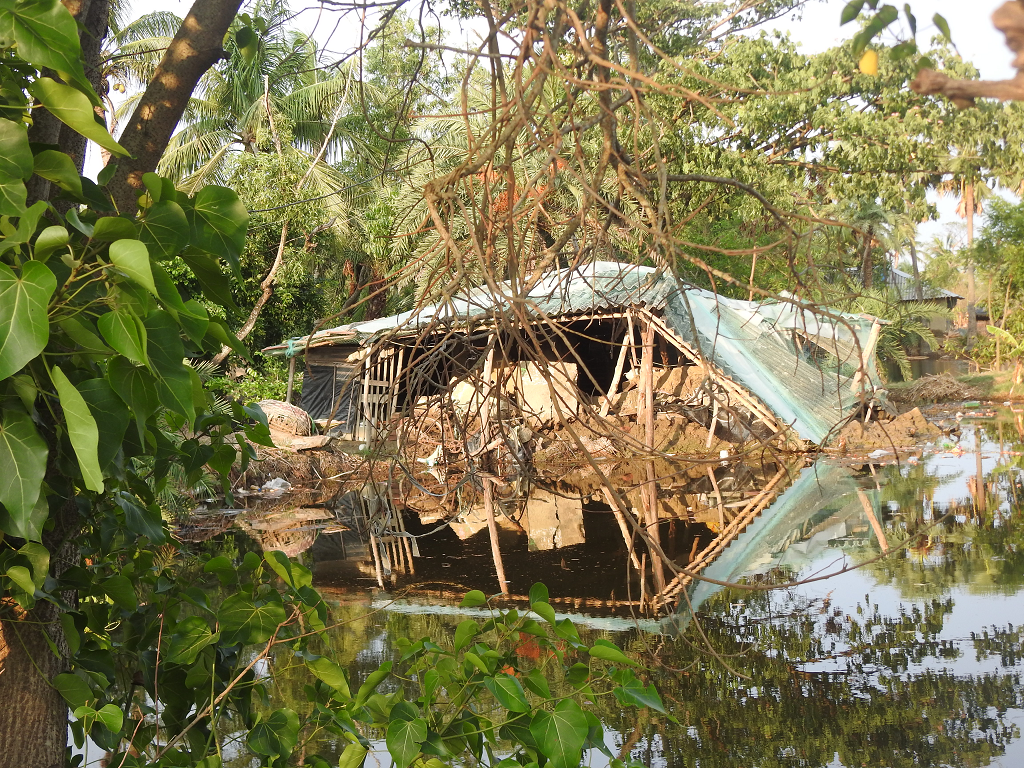 The western part of the Indian Sunderbans in West Bengal is staring at another bout of flooding with a low-pressure system brewing over the northern Bay of Bengal, predicted the India Meteorology Department (IMD). The storm could overlap with the spring tide on June 11, said the weather agency.

The flooding triggered by the storm can impact places like Mousuni, Ghoramara, Pathar Pratima and Sagar islands that are reeling from the devastation caused by Cyclone Yaas two weeks ago.

A low-pressure area is being generated in the northern Bay of Bengal. This may trigger a storm moving at 50-60 kilometres per hour in south Bengal, including the Sundarbans area on June 11. There will be also significant rainfall.

It was too early to predict the timing of the storm, he added.

The principal secretary of the disaster management department issued a letter June 6, 2021 to all concerned departments in the state, warning about the predicted dangers. It urged the concerned departments to take urgent “necessary steps to strengthen and repair embankments in coastal areas and riverine areas before June 9”.

Cyclone Yaas, along with the high tide on May 26, breached embankments at 317 places, she said. Some places may remain unprotected on June 11, although repair work is in full swing, she added.

“We are working round the clock and expect to repair the damaged embankment areas by June 10 as far as possible,” said Sunderbans affairs minister Bankim Hazra.

The scale of destruction by Cyclone Yaas on the delta was massive. Mousuni island in Namkhana block was completely devastated by a flood that “reached six feet within 10 minutes and engulfed the entire island”, according to locals.

“The water level increased almost to my height in no time. Our mud house, where 14 people used to live, collapsed. We ran for our lives and couldn’t take anything,” said Sushil Gorui, while digging through the mud at the spot for any unaffected belongings.

Such scenes have become common on the island. The locals are hoping for a good monsoon to wash away the saline water that has submerged large swathes of agricultural land. “Our land may be rendered unproductive otherwise.” 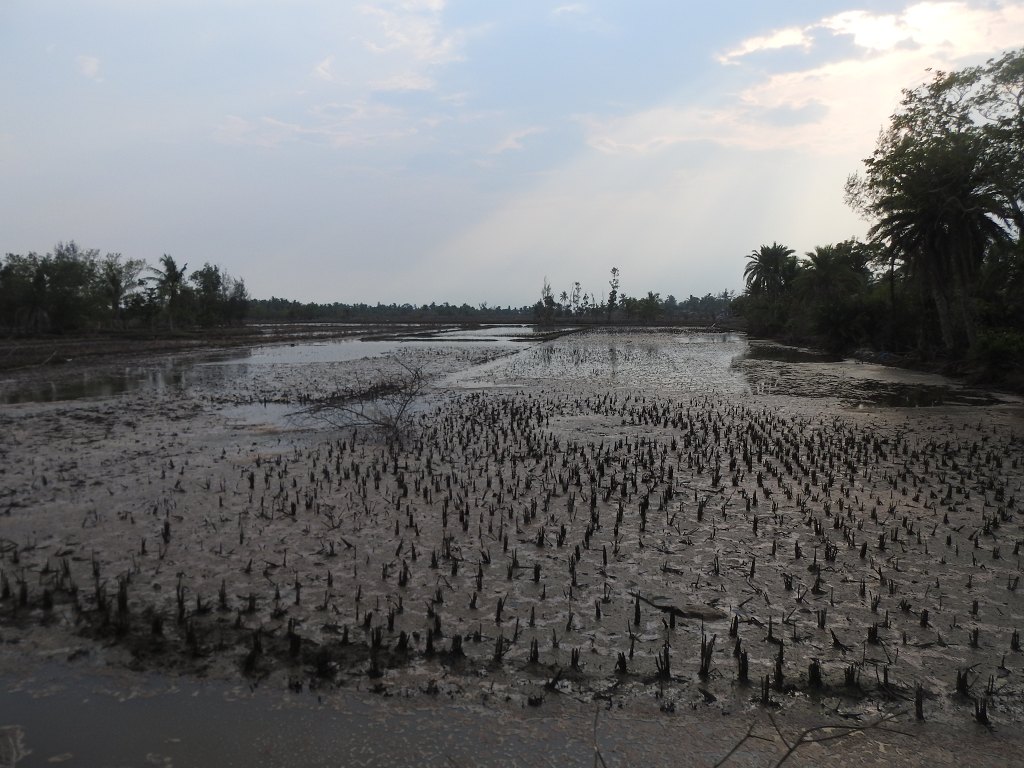 (Villagers are hoping for rains to wash away the saline water from their agricultural fields. Photo: Medha Basu)

The after-effects of Cyclone Yaas have been worse than that of cyclones Amphan and Bulbul, villagers shared.

Mousuni is surrounded by the Bay of Bengal and rivers Chinai and Muriganga. It has about 12 kilometres of either non-existent or weak embankment, pointed out a senior local administrator.

“We are trying to seal the possible weak zones so that the impact of the next major high tide can be minimised,” the official added. Locals, however, said it may prove to be another futile initiative.

Even concrete embankments towards Bay of Bengal has been severely damaged by Cyclone Yaas and subsequent flooding, DTE found. Around 7.5 km of damaged embankment in Mousuni will be repaired by July 31, Mamata Banerjee had said last week.

“Unless concrete embankments are created, there will be no respite,” said Farida Bibi, a resident of Kusumtala in Mousuni, collecting relief material being distributed by social workers.

The cry for concrete embankments has been reverberating through the Sunderbans after Yaas. “There are around 5,000 houses in Mousuni. Of them, 4,000 were affected in varying degrees and around 1,000 were mud houses that completely caved in,” said Suvendu Maity, a local panchayat member.

“If the disaster has a nickname it must be Mousuni. Almost looks like that we are in a war zone,” said Animesh Chattapadhyay from a nonprofit who, along with his schoolmates, took relief materials like ration for a seven-day community kitchen, dry food packets, ORS, tarpaulins and bleaching powder to the island.

“People are mainly surviving on these kinds of support coming from outside,” said Adalat Khan, a local.

Ghoramara is already a sinking island. Almost all the embankments have been breached and most of the area inundated by the swelling rivers after Cyclone Yaas struck.

Nearly half of its population of about 5,500 was either shifted to Kakdwip or was moved to Sagar island by the government, confirmed panchayat pradhan Asit Sagar.

“My family and I had to climb on the thatched roof of our house to survive the flood,” he shared, adding that the island will be completely submerged in no time unless strong embankments are built. 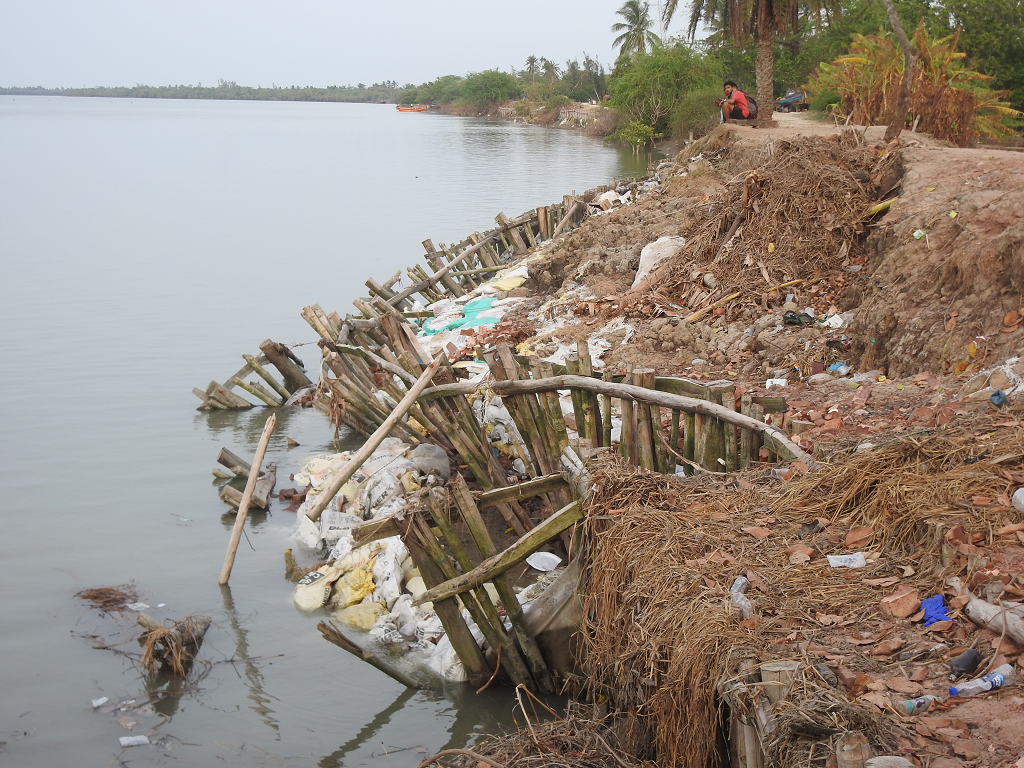 (The demand for concrete embankments in the Sunderbans has grown louder since Cyclone Yaas struck. Photo: Medha Basu)

“We cannot think too far into the future. Our immediate concern is the next high tide on June 11,” said another local.

Water-borne diseases like diarrhoea have already reared their ugly heads in the island since Cyclone Yaas, and another flooding will add to the woes, he added.

Villagers in Pathar Pratima, another highly vulnerable block in the Sunderbans, with nine islands close to the sea, are also keeping their fingers crossed.

On May 26, the flood water breached embankments at various points and it was difficult to identify which part was land and which part was river. We are trying to ensure that the disaster is not repeated.

Kongso Mandal from Herambagopalpur in Pathar pratima has been living with his family on a boat since the cyclone, as the water refused to subside.

Another disaster will prolong the acute agony of Kongsho and thousands of helpless people like him.