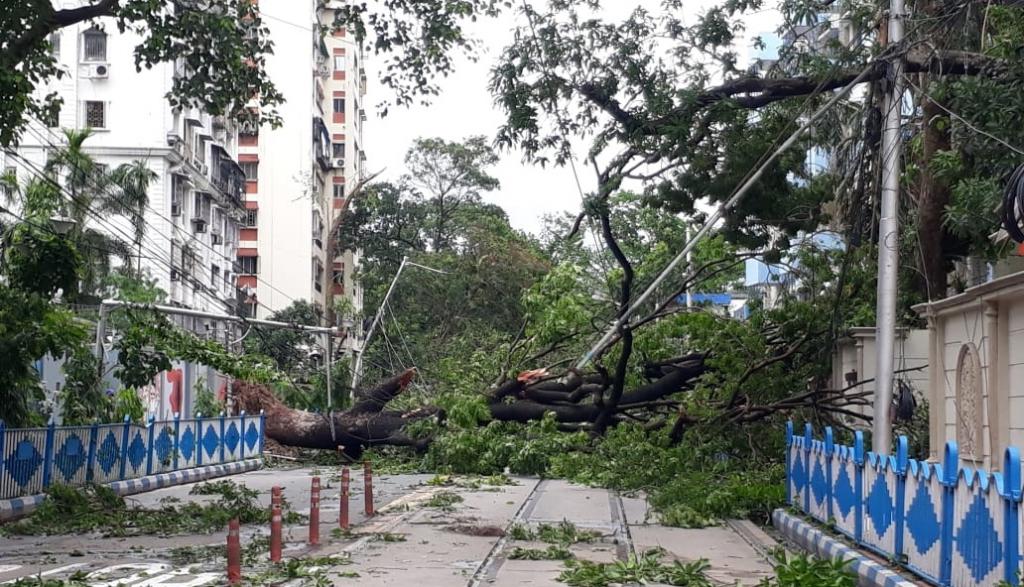 The novel coronavirus disease (COVID-19) lockdown may have contributed to fewer fatal incidents during Cyclone Amphan, which made landfall in south West Bengal on May 20 evening and caused large-scale devastation in Odisha as well.

A section of environment experts, however, expressed fear that the waterlogged city may run the risk of being affected with SARS-CoV-2 virus in sewage water or biomedical waste.

More than 18 hours after the major thrust of cyclone Amphan rocked Kolkata, the city has been trying hard to restore normalcy. With communication networks down and electricity disconnected in various pockets, the daily lives of some 4.5 million people have been affected.

“The cyclone moved as we predicted,” said Sanjib Banerjee, head, India Meteorological Department (IMD), Kolkata. Banerjee claimed that the ensuing lockdown made it easier for the government to toe IMD advisory of closing all establishments and barring public movement in the city, which in turn may have saved lives.

“Scientists have already discovered traces of virus in waste water. Hence we need to study whether waterlogging can enhance infection risk,” said Arunabha Majumdar, formerly associated with all India Institute of Hygiene and Public Health (AIIH&PH).

Despite Central Pollution Control Board (CPCB) directive about two months ago, there is no system in place on ground to collect biomedical waste from home and institutional quarantines.

NGT has directed state chief secretary to form a committee and comply with CPCB guidelines.

A week to normalcy

Meanwhile, the civic authorities said they will need at least a week to bring normalcy to the city. “More than 3,000 trees have been severely affected. As many as 34 teams are working round-the-clock,” said Debasish Kumar, former mayor in council of Kolkata Municipal Corporation and presently a key member in its administration board.

A civic official said that at least 1,000 to 1,200 trees were fully uprooted — around 100 in Maidan area known as ‘lungs of the city’. Another official admitted that low-lying pockets in north and south Kolkata were water-logged till 4 pm on May 21, 2020.

Cylcone Amphan, after making landfall close to Sagar Islands in Sundarbans on May 20, moved through the eastern fringe of city along the Eastern Metropolitan Bypass and over east Kolkata wetlands area before entering Bangladesh.

“The eye of the cyclone passed very close to the city— around 10-15 kilometre from city centre,” said GK Das of regional IMD centre in Kolkata. Das also pointed out that the cyclone was much stronger than Aila.

IMD sources confirmed that Amphan was the fiercest storm in city over last the few decades.

“The lockdown reduced the risk of casualty but the city has been affected like never before. It was worse than Aila,” said Kumar.

“The maximum wind speed was 133 kmph in Dumdum and 114 km in Alipore during that time,” added Das indicating Aila had passed through the city with a speed around 70 kmph.